Not really the “Next” step in the Digital World 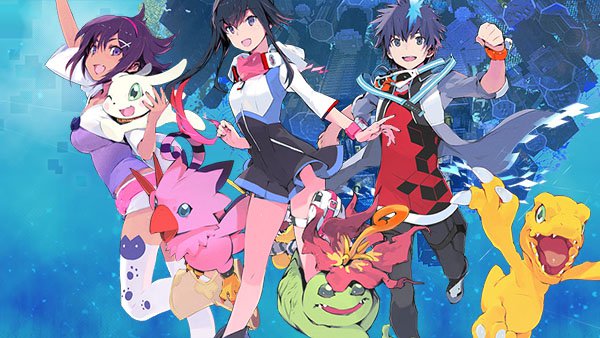 After last year’s excellent installment in the Digimon franchise, Digimon Story: Cyber Sleuth, I was pretty excited to see the next game in the long-running series actually come out in areas outside Japan. Hearing that it is a pseudo-remake of the original PlayStation’s Digimon World only cemented my hopes for the game. However, not all was flowers and rainbows for Next Order, as there’s a fair few flaws underneath its shiny exterior.

Digimon World: Next Order is a monster-raising simulator first and foremost. The two Digimon (Digital Monster, for those who haven’t heard of the decades-spanning series) that you raise can level up to be more powerful creatures depending on how you train up their myriad of stats. There are plenty of options to have each Digimon evolve into, and having the option of two differing creatures allows you to mix and match to suit your needs.  This ranges anywhere from training at the gym, beating up other Digimon, feeding the monsters, and even making sure that they use a toilet (and if a Digimon messes itself, it won’t just have a dirty diaper, it’ll transform into a new creature entirely!) The problem is that most stats are hidden from the player unless they get the ability to scold or praise their Digimon after a random battle or training session. This makes it so that you don’t really know what stats are needed to get a particular Digimon evolution, and makes the game extremely frustrating. For example, if you want to turn the cute orange dinosaur Agumon into the T-Rex beast that is Greymon, you don’t know what stats to raise, and if you raise the speed stat instead of defense, you get a completely different creature.  All of that time was wasted because of the game hiding base numbers, and unlike last year’s Cyber Sleuth, you do not have the option to go back and try again. 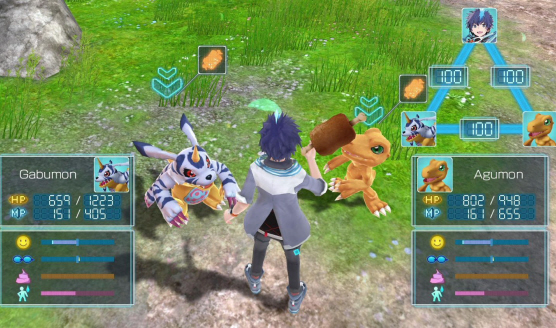 In addition, your two companions have only a short time to live in their digital world. After a span of around two in-game weeks (which can range anywhere from thirty minutes to two hours on how you raise your Digimon) they go ahead and croak, turning all the way back into the very base form and taking away all that training you put into your partner. While the Digimon do get a small boost in their base stats and live expectancy, it can take away from playing the game proper. When the game has you getting so close to fighting a powerful foe and your digital monster dies, you have to go all the way back to the city and train like crazy to get back to where you need to be.  This happened enough times in the early stages of my playthrough that I almost game up at points, though Next Order is at least forgiving enough that it never locks you out of finishing the game in a single playthrough. 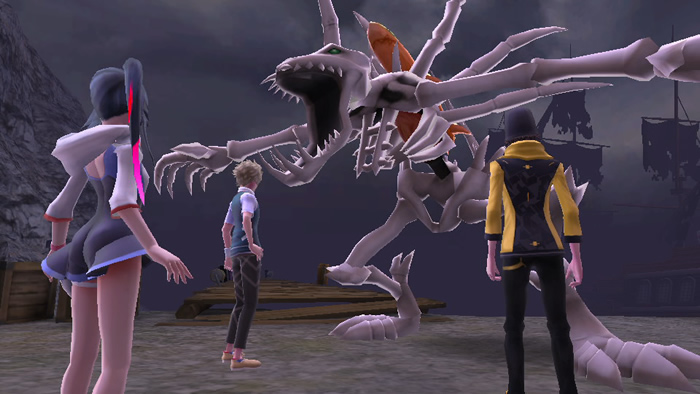 Battles in Digimon World: Next Order are mostly automatic, with your two Digimon friends choosing their own attacks to kill off their foe. While the stats do affect how much damage your partners do to the opponent, there’s a lack of interactivity at points in battles, with you occasionally left with nothing to do but cheer your guys on. Cheering gives you a small amount of points that when you get enough, your partners can do a more powerful attack that can finish off an opponent. The only major problem with this is that you must cheer right when an attack connects, which is sometimes unresponsive giving you less points. Another gripe with the battling in Next Order is that while you can see which level your opponent is at, the game refuses to show what you are in comparison to them. Blindly getting into fights is the best way to find out just how powerful you really are, which makes most combat either completely wipe out your team in seconds or vice versa. It doesn’t help that in the overworld you may occasionally find a Digimon that is leaps and bounds stronger than everything in the area and destroying all of your progress.

After around six or seven hours of you raising and making your partners reincarnate a couple of times, everything gets remarkably easier. You get slowly used to the areas that surround you, finding easy-to-obtain food for your partners to consume as you learn which Digimon you are capable of defeating. The town you must protect slowly starts to expand in size, thus giving you more options to train your friends, and a greater variety of shops to give them an upper hand. You even get glimpses of just which stat allows you to turn into other types of Digimon. Once the town starts to grow, the game gets to be an enjoyable time, even when your poor partners die off again and again until you get to the final challenges.

While the story isn’t really anything to write home about, being a fairly generic “Save the world” plot with the added flair of being in a long-running series, it’s enjoyable enough as a popcorn flick story. The music in Digimon World: Next Order is just fine, with a wide range of musical numbers, from a eastern desert track, to the memorable battle music (it’s worth a listen or two). There’s also an English dub (the past few games had none) though I quickly changed it to the Japanese voices to keep my head on straight. The English voice actors try their best, though a number of them were grating to listen to for more than a line at a time. The Japanese dub, on the other hand, is perfectly listenable, though forgettable. Next Order looks alright, though certainly not pushing the PlayStation 4 in any way. Since it is a PlayStation Vita port, it gets a pass, but there’s no excuse for how the game occasionally stutters after a big attack.

All in all, Digimon World: Next Order takes a long time to get used to. While most people will find the steep learning curve to unappealing, those hard-core Digimon fans who love stat-crunching will find Next Order to be a fine experience. There are over eighty Digimon to turn into, and the open-endedness of the world gives you plenty of time to get to grips with everything. It’s no Digimon Story: Cyber Sleuth, but fans of the original Digimon World should give Next Order a shot. Just be aware that it does take awhile for things to get interesting (even with the forced evolution from toilet mishaps).

“Full disclosure: This review is based on a PlayStation 4 review copy of Digimon World: Next Order given to HeyPoorPlayer by the publisher.”