You’re Not Gonna Reach My Telephone!

Being able to search through a stranger’s phone these days is almost a thing of the past. What with security locks and even fingerprint identification features being what they are these days, the best one can do with such a device when lost is to either turn it over to the authorities, if you’re a decent person, or erase the data and sell it for a few bucks. Obviously, no one reading this article would be likely to do the latter (I hope) but in the event that we could look at a stranger’s phone, the general human population is inquisitive enough to likely do so when given the chance.

And thus, I welcome to the concept behind A Lost Normal Phone, which is admittedly a strange game title considering the use of the world ‘normal’ immediately implies the opposite.

This game utilizes app technology to turn your phone into the phone of a young adult named Sam. You immediately have access to Sam’s text messages, emails, and music, which plays incessantly until you actually shut it off yourself. If you want you can peruse through the gallery, though very little of interest currently resides there, and the internet is locked until you can locate the network password.

You’re barraged almost immediately with a pop up stating that you have four missed messages from your (Sam’s) father, starting with a happy birthday message and then quickly devolving into statements of concern at Sam’s lack of response. You will learn more as you go, unraveling the mystery of who Sam is, who everyone thinks Sam is, and where Sam has gone. From here on out, snoop to your heart’s content!

I heard about this game through another video game podcast and was instantly intrigued. I was a fan of the Malcolm Tucker: The Lost iPhone app based off of the UK political comedy show “The Thick of It” complete with sound bites recorded by the actors specifically for the application. I was hoping this was going to be something similar. Instead, the game started to take on a sort of Gone Home atmosphere in which Sam, now missing according to what you can deduce from the phone, seems to have vanished from the lives of everyone he cares about rather abruptly and for mysterious reasons.

Various parts of the game unlock as you progress through the text messages and emails. It can get taxing at time because you must literally read through every dull moment that is exchanged between Sam, Sam’s friends and relatives. This doesn’t paint much of a picture at first, but the more you browse the more information you realize you’re being given offhandedly whilst swimming through the tedium that is the life of a teenager.

A Normal Lost Phone is very well designed, and I enjoyed the watercolor aesthetic it presents as you sift through the contents of Sam’s phone, right down to the images that serve as Sam’s pictures. The music, while annoying if left to run throughout the entirety of the game, is actually quite beautiful and thematic. I could have honestly left it running in the background of my day to day activities happily without ever touching the game itself. I will present the complaint that, while A Normal Lost Phone becomes a very human story the more you delve into it, the very inhuman way in which everyone writes with such proper grammar and spelling did take me out of the game somewhat. High School kids tend to be very sparse with their writing, despite the not so modern integration of the QWERTY keyboard that now eliminates the necessity for writing in numbers and single letters, yet not one person wrote as though they were below a Master’s Degree level of education the entire time save for an uncle that talked in only capital letters.There were spelling errors by Sam later on as you accessed a diary hidden in one of the apps on the home screen, but nothing beyond that hinted at reading anything that was written by children. Perhaps that fault lies in A Normal Lost Phone being developed by a French development team, and that aspect of American culture was lost.

I’ve been very careful to avoid any spoilers in this review, simply because at the end of the day this is a story that really needs to be experienced. The impact of it is missed if you simply read it from the perspective of another. As stated before, A Normal Lost Phone is a human story, and one that is even more relevant in this day and age of political upheaval of people being who they are. Sam is everyone that’s at one time or another been uncomfortable in their own skin, and no matter the journey there’s something that we can all relate to when the story wraps. For the asking price of only $2.99 I’d say it’s worth the few hours that are required to figure out how to unlock every detail within the game as well as enjoying the music that’s included.

You’ll be doing yourself a disservice if you don’t give A Normal Lost Phone a chance. It’s a neat little way to make a game tell a story within the context of the digital age, and we need more games out there like it. 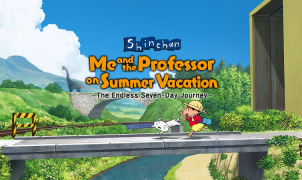