The End Of The World Has Never Been This Delicious 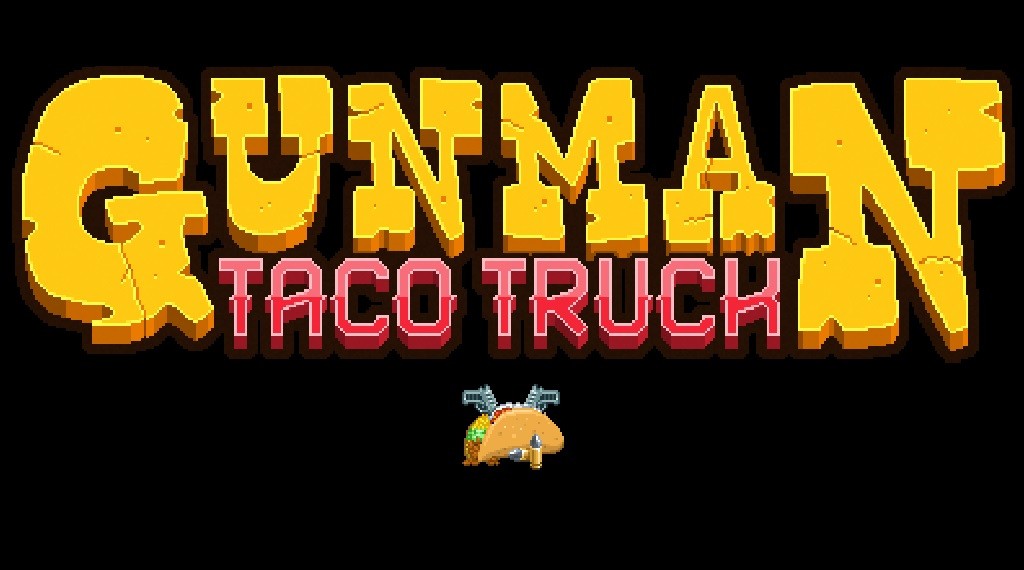 This review was updated 1/31/17 to correct an error regarding the price of the PC port of the game.

Much has been made of the origins of Gunman Taco Truck, a game whose development I’ve been following for the past two years. In case you haven’t heard: this is the latest game from game designer and Doom II final boss John Romero. Or, more accurately, his nine-year-old stepson, who came up with the idea for the game, is responsible for much of the art and writing, and who programmed it with the help of his folks as a coding exercise. All of which is a lot of fun, and darned impressive considering the types of games I was making when I was nine (they mostly involved sticks and hitting my brother). But in all the coverage, very few people have bothered to mention how the game actually plays.

As it turns out, pretty darn good. Gunman Taco Truck is a clever, addictive game that works both as a resource management sim and as a fast-paced shooter, all wrapped up in a lovely aesthetic and a fun sense of humor. Even if it didn’t have the Romero name attached to it, this is something every fan of mobile games ought to pick up.

The premise of the game is charmingly imaginative: after a scientist accidentally detonates seven nukes in the continental United Sates (a hypothetical scenario that, for some reason, seemed a lot funnier when the game was announced two years ago), you take your taco truck, strap some combat gear to it, and make your way across the irradiated, mutant-infested wasteland to make your way to Winnipeg, Canada, a place where your family’s business can truly thrive. Mechanically, this means the game is split into two sections: a Diner Dash-style restaurant sim where you buy ingredients, collect recipes, and make food for customers, and sidescrolling shoot-em-up sections as you drive your truck from town to town on your way to Winnipeg.

Though calling these two aspects of gameplay separate sections doesn’t feel quite right, since what makes Gunman Taco Truck so impressive is the way it manages to blend the two together into a cohesive whole. You need to do a good job in the shooting sections or you won’t have scrap for your truck or meat for your tacos (yes, tacos in this game can be stuffed with anything from chicken to rabbit to zombie), and you need to make sure you’re selling enough tacos to be able to afford gas and upgrades so you don’t get destroyed in the shooting sections. If I had to put the game into a single genre, it would be “resource management”, because that’s the crux of all your decision making. It’s also, more often than not, what’s gonna cost you the game.

Gunman Taco Truck is hard. Like, really hard. I played it first on easy, hoping to breeze through it for this review, and after spending hours and hours playing it I still haven’t managed to make it to Winnipeg. This is a game designed with old-school sensibilities in mind – the shooting requires lightning-fast reflexes, and if you lose your single life, you get to go all the way back to the beginning. The first time I lost, it was because I didn’t buy enough salsa. Almost every recipe requires spicy salsa, so without it, you’re not gonna make much money selling tacos. And if you don’t sell tacos, you can’t buy gas. And if your truck runs out of gas on the road, you’re gonna sit there and take hits unless a fuel truck stops by to sell you gas. Which, of course, you can’t pay for. All because you didn’t think spicy salsa was as important as some more exotic ingredients.

In my opinion, all of this is to the game’s credit. It means I’m gonna be playing Gunman Taco Truck, trying new strategies and figuring out what works best, far longer than the more disposable one-and-done offerings that make up most of the Google Play store. Still, it can be upsetting when a long run ends in ignoble death, especially when it wasn’t really your fault. Stores and the items within them are randomly generated (as far as I can tell), and while I don’t mind losing because I forgot to buy salsa, losing because salsa hasn’t been available in the last nine cities I visited is a lot more frustrating.

In addition, the game looks and runs great (the latter being a rarity for Android games), and the attention to detail in the sprites is really impressive. I like how after you’ve been in a particularly nasty fight, the counter where you make your tacos will have bullet holes and battle damage. The little animations where bits of monster squirm in the tacos is nice, too. But the shooting sections are where the game really shines aesthetically – between the amazing sound design, the lovely weapons animations, and the way the enemies splatter into gory chunks and then splatter further when you run over them, I don’t think I’ve ever played a mobile shooter that felt this satisfying. The game also features a gore-free “pinata mode”, which is nice if you’re playing somewhere where you don’t want people to give you funny looks.

However, I should note that a lot of this applies only to the Android version of the game. The Steam version is a vastly inferior port of the mobile game – the pixellated sprites are blown up to the point that they look hideous, and there’s reportedly a lot of bugs. Furthermore, the Steam version come with a $12 up-front asking price, while the Android version’s free (though the latter does come with unobtrusive, no-popup microtransactions.)

Still, if you’ve got an Android phone and don’t mind a bit of a challenge, Gunman Taco Truck is absolutely a must-buy. It made me laugh and it made me think, and ever since I downloaded it it’s become a serious addiction. It’s like somebody took a weird Flash game and expanded it to a full-length experience, without its clever and funny ideas getting stale. It’s a game where you can serve someone a taco made out of guns and their only complaint will be that you didn’t make it fast enough.

We will watch young Romero’s career with great interest.

Full disclosure: This review is based on a retail copy of Gunman Taco Truck.