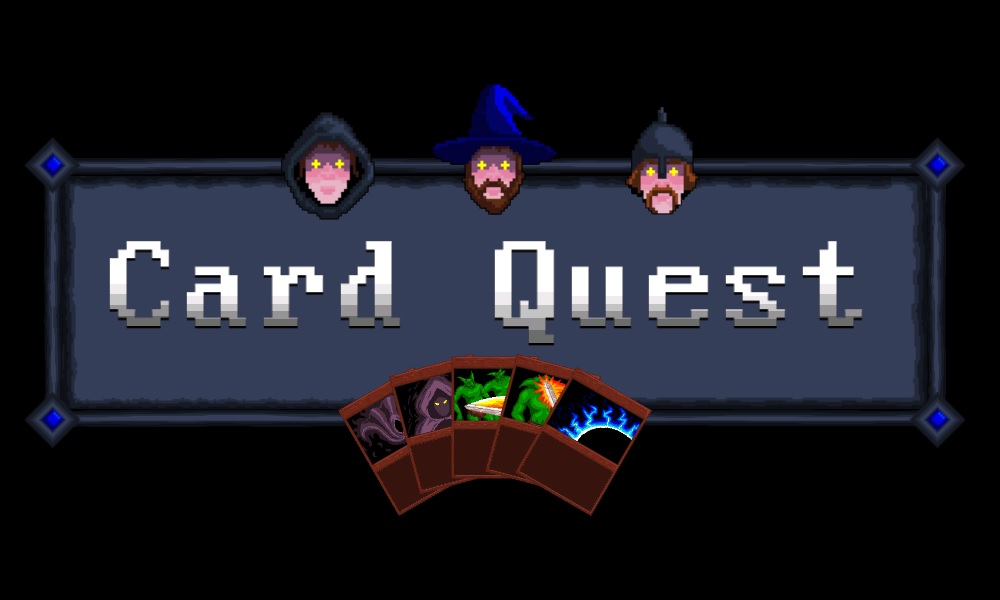 I think when you upload a game to Steam, the default setting for genre is probably “roguelike.” It seems like almost all I’ve been reviewing lately has been a series of deeply mediocre clones of Risk of Rain, Nuclear Throne, or similar. I was beginning to wonder if it was even possible to do something in the space that wasn’t massively derivative.

And then, like a beacon of light shining through the enormous Wall-E-style pile of garbage that is the Steam storefront, I got a chance to play Card Quest. Would I have enjoyed it as much if I wasn’t playing it after reviewing the painfully dull Rogue Stache (and other games of its ilk)? Hard to say, but Card Quest has become something of an obsession for me over the past week, and it’s something I expect I’ll continue to play for quite a while yet.

So, the game. Yes – it’s a pixel art game made in Unity where the goal is to complete a single difficult run with randomly-generated enemies, levels, and elements. Certain equipment items, mostly earned by experience persist across runs, making you overall better the more you play but also allowing for lots of different and interesting playstyles. 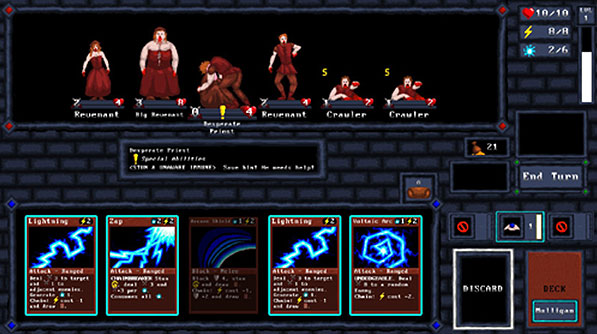 And there the comparison to traditional roguelikes largely ends, because – as the name implies – Card Quest is primarily about cards. Not actual proper deckbuilding, no, which I suspect will annoy some people (though in my opinion the choice to favor fast-paced roguelike strategy rather than make yet another Magic: the Gathering clone was the right call here.) Instead, the cards represent your abilities, split into two types: defensive cards and offensive cards. Offensive cards are played to attack, stun, and otherwise debuff the randomly-generated enemies you’ll encounter or to buff your own abilities, while defensive cards are played in response to enemy attacks. Both cost stamina to play, a resource which partially replenishes at the end of enemy turns, meaning you’ll have to play your cards smartly and make sure you’re still able to defend yourself at the end of the turn.

Because the cards are, naturally, drawn randomly, this system randomizes the one thing you can generally count on in a roguelike of this nature: your abilities as a player. Sure, this means that, occasionally, you get screwed over. I remember one particularly frustrating run that ended in a boss fight where I could not for the life of me get a single defensive card, meaning that I had to spend every enemy turn taking massive damage. But that comes with the territory, and with the options to discard a card or replace your whole deck, plus the game’s smart randomization algorithm, means that it won’t be nearly as much of a problem as it is in, say, Ziggurat.

Technically the game’s still in early access, and the campaign menu does feature the name of one area that just says “not available in this version of the game”, but not only is it free of technical issues (which I would have once considered the bare minimum expectation of a game on the Steam storefront), it’s also got a staggering amount of content available even at launch. There are three classes (Rogue, Wizard, and Fighter), each of which changes gameplay significantly. I’ve mostly been sticking with the Rogue for now, very much the easiest of the three, and it boggles the mind to think that after I get tired of him I’ll still only have played a third of what the game has to offer. Arguably less than a third, since each class has two more specializations that give them different cards and different associated abilities (the Rogue, for example, starts as a Thief but can become an Assassin or a Swashbuckler as you level up.) 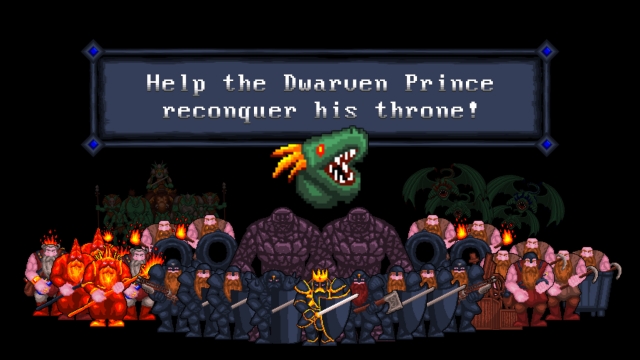 And that’s not all. There’s two campaigns available currently (with a third on its way), each with multiple different routes of nine areas leading up to a final boss. Those nine areas are in turn made of seven levels, featuring a wide variety of interesting enemies that make you think about combat in different ways and ending with a cool miniboss. In short: this game has been consuming my free time for a week, more than twenty hours, and I still feel like I’ve seen only a fraction of what Card Quest has to offer.

Oh, but you can feel free to skip all the story sections. It’s bog-standard fantasy fluff so forgettable that I actually finished the rest of this review before I realized I should probably go back and mention it somewhere. Not that it really matters – if you want a great story, go play Pathologic or something.

I doubt Card Quest will be for everyone. If you don’t like games that are randomly-generated to the point that you might just lose – well, yeah, this game isn’t for you. Plus, as fun as the addition of cards is, Card Quest still feels more like a unique twist on a classic formula rather than something that’s truly inspired. I imagine that, for many people, the game’s core mechanics will stop being fun long before they’ve explored all nine billion levels and taken the time to unlock everything.

But if you, like me, have been looking for a new roguelike obsession, something that genuinely shines like a diamond in Steam’s roughage, then I’m happy to say that the search has come to an end. Card Quest is a stellar entry into a genre that was starting to seem like it might have no more stellar entries left, deserving of both your time and your money.

Full disclosure: This review is based on a review copy of Card Quest given to HeyPoorPlayer by the publisher. 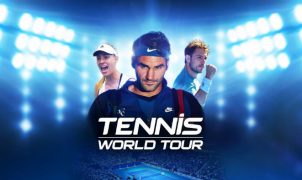 New Game Please     I had high hopes for Tennis World Tour in the build-up to reviewing the game. Tennis is my favourite sport and has produced many,…