Feel the Rhythm…and the migraine. 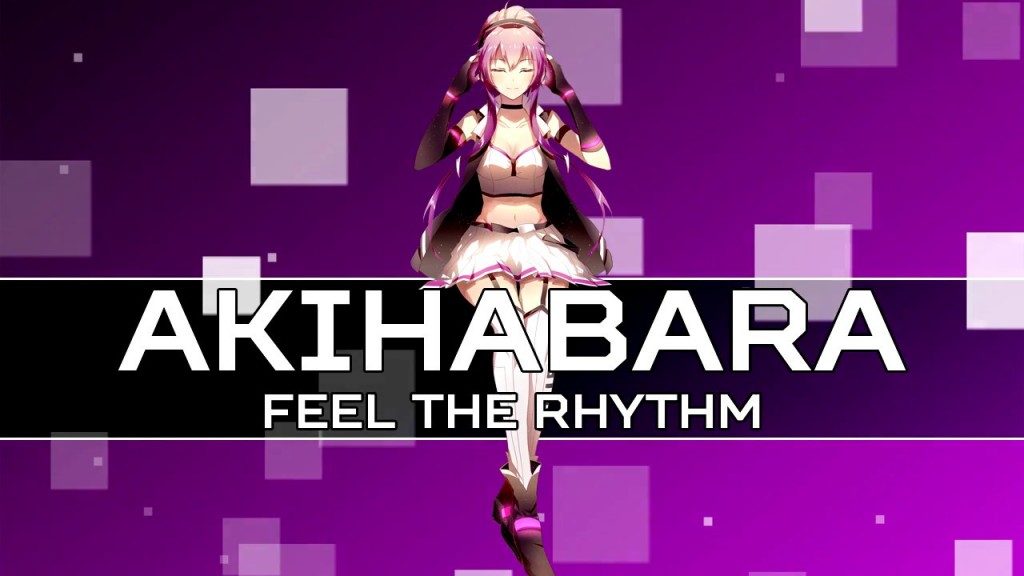 Remember Tetris? I sure do. Fun colors, catchy Russian music, and the compounding sense of panic that would well up within you as those little blocks stacked closer and closer to the ceiling, spelling out your impending demise to a rapidly increasing beat.

Do you remember ever thinking someone should turn that concept into a rhythm game? Don’t worry, neither do I, yet somehow someone managed to pull it off.

I’ve been downing large quantities of Aspirin ever since.

Welcome to Akihabara: Feel the Rhythm. In this musical district of Japan you are required to arrange colorful nodes to the beat of the music to ensure you get the highest score so as to move on to the next level, continuing the process until you eventually – inevitably – fail. Have three or more matching in a chain? They’ll disappear and collapse, making room for more nodes. If you fail at this, they’ll stack upon each other until you eventually lose the level and it’s Game Over.

To be fair, Akihabara: Feel the Rhythm has more in common with games like Candy Crush or Bejeweled, only having Tetris mechanics thrown in with a rhythm game laid over top. It’s a layered cake of neon colors and migraines, and yet the process was somehow extremely charming at the same time. 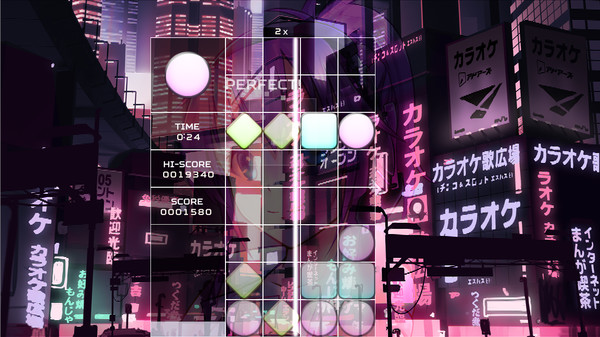 My initial response to Akihabara was more or less abject disdain and confusion. The directions are terribly unclear as you read them, and this issue is only worsened by the fact that once you find them they are printed on a very loudly designed background, further inhibiting your eyes from being able to maintain visual contact with the pages for long periods of time. After some further frustration while combating menu navigation, I eventually remembered that the best way to learn is by doing; so after a few bouts of trying to figure out what on earth I was being told to do, I jumped headlong into the game and eventually found my own rhythm.

The best part is that once you get to that point in the game your experience boils down to well timed reflex responses. As the shapes float down, you press the up arrow to switch between the four available nodes in hopes of producing the best matches within the grid, which will compress the matching nodes in the collection grid to make way for more nodes. As you switch between them you must do your best to ensure you switch them on the notes of the song that is playing for point multipliers. The faster you accrue points, the sooner you fill up your point bar, which means the sooner you’ll move on to the next level, which will feature a new look and tunes as you continue. However, you can only switch the nodes when the metronome marker is vertical with the appropriate node, otherwise you will have to wait for it to cycle through again and hope you can make the switch before it makes contact with the already existing layers.

Sound confusing? Now you see my issue earlier. Explaining the game in one giant exposition dump is not really the best idea in a game like this. After playing Hatsune Miku I firmly believe that the best demos are the ones that the game plays with you, ensuring you have a firm grasp of the mechanics before you dive headlong into the game.

The gameplay is certainly quirky, but once you get there you’ll no doubt find yourself having a good time while bopping your head along to the music. 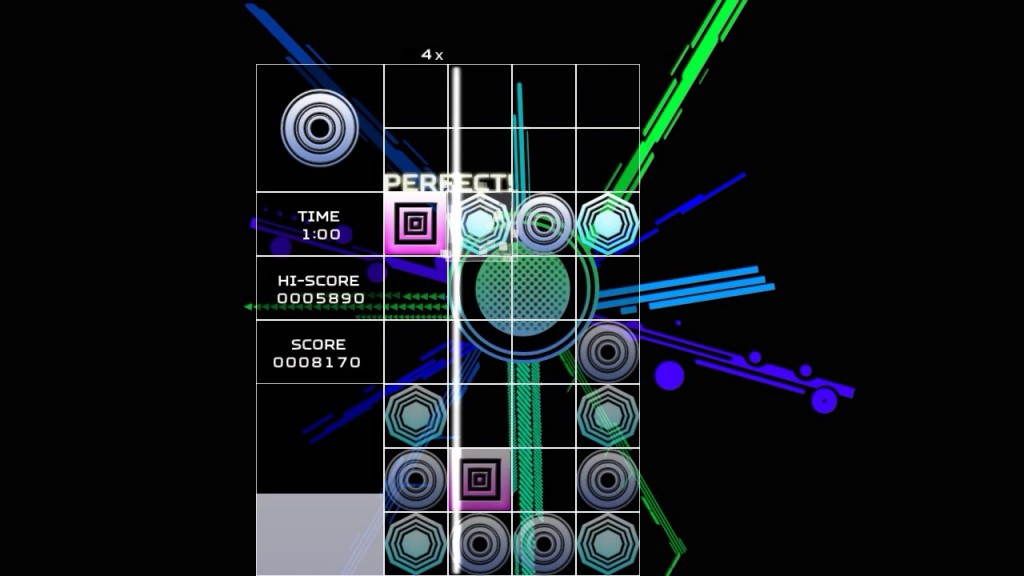 There are some poor design choices here by way of backgrounds however. One level in particular, labelled “Stay Golden”, was a little too bright, and worse still – the nodes were somewhat transparent, making their colors hard to determine as they sank down into the grid and rendering matchmaking nearly impossible. It was by sheer luck that I ever passed it and I eventually managed, but mistakes like this can break a game for some people. Fortunately this was the only circumstance I came across, the rest of the levels being moderately easier on the eyes.

The good news is that if you ever fail a level, you are not brought all the way back to the beginning of the game. Instead, Akihabara will just restart you on the level where you left off, allowing you to keep your progress and continue with a clean slate.

Akihabara can either be a slow burn or a fast burn depending on how much of the game you’re able to withstand in one sitting. For me, the game is something I could pick away at for periods of time on end while never really getting to the end, and the major reason for that isn’t so much the gameplay. I complained earlier about the visuals on one level being particularly bad for clarity’s sake, but as stated before I didn’t have that problem across the rest of the levels I played. No, my overarching issue was that this game is an honest to goodness headache trigger, and there was only so much I could play before I had to set it down.

That being said, for both the simplicity and the asking price, Akihabara: Feel the Rhythm is a very clever little game. While I wish I could have tolerated more in one sitting, I did have a lot of fun with what I did play and I’d happily pick it up again at anytime.

This review is based on a Steam review copy of Akihabara: Feel the Rhythm given to HeyPoorPlayer by the publisher.