Its more of a game than Pokemon Go

Attention all Pokemon enthusiasts; there is a new Pokemon game that has been released from Japan to the West. Originally released as Pokemon Comaster in Japan back in April 2016, the Pokemon Company has finally gotten around to translate the game and rename it Pokemon Duel for western audiences.

Pokemon Duel is a free-to-play board game where you use in-game Pokemon figures to battle either the computer or others locally through spinning a wheel. Spin a stronger attack than your opponent, and your piece advances on the board after dealing damage to the opposing creature.

Like the other free-to-play Pokemon game, Pokemon Shuffle, you can spend your actual cash to gain diamonds, which are used in order to win random Pokemon figures, each with their own random effects and rarity. If you lose in a Pokemon Duel match against the AI, you can also use  those diamonds you continue as if you haven’t lost. You can earn diamonds by playing the game itself, but if its like anything like almost every “Free” game it will either be rarely or hard to obtain.Just like with gems, you can use the material that you obtain in the game to trade up for other specific Pokemon, and as with diamonds, you can spend money to gain a random assortment of the stuff. In Japan, there are limits to how much you can buy a month, so it will be interesting if that gets brought over to other countries.

Unfortunately we can’t get the exact price of the micro-transactions, as Pokemon Duel currently under scheduled maintenance until around PM Eastern Standard Time, though it may be moved up or down depending on how much traffic it gets. If the excitement of Pokemon Duel gets to the size of Pokemon Go, you may have to wait longer in the evening due to popular demand on the servers. If you want to see what the game looks like now however, you can click on the YouTube video above to see the Japanese version.

Update[11:47 EST: the maintenance is over, and Pokemon Duel is available to play, though there may be some downtime to to traffic] 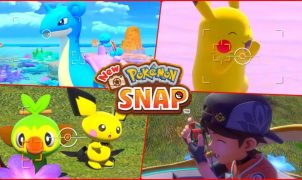 Rumor Has It: New Pokemon Snap Will Release By November 20th