I Am Setsuna Is Coming To The Nintendo Switch

I Am Setsuna to bring the JRPG genre’s glory days to the Nintendo Switch’s launch. Square Enix today demonstrated another show of support for Nintendo’s upcoming console by announcing that last year’s debut title from Tokyo RPG Factory, I Am Setsuna, will be making its way to the Switch alongside the handheld/console hybrid’s launch on March 3rd as a digital-only release.

I Am Setsuna’s Switch release will include exclusive new features such as the “Temporal Battle Arena,” which will allow players to battle it out with other parties in PvP action.

For those who haven’t been following the title since it released last year on the PlayStation, Vita, and Windows PCs, I Am Setsuna tells the story of the titular protagonist Setsuna, a young woman of incredible power who embarks on a journey to save the people of her land. The game sports a simple turn-based battle system that was inspired by the JRPGs of the 16-bit era like Chrono Trigger, Final Fantasy VI, and more.

So, will you be adding I Am Setsuna to your collection alongside the Switch’s release on March 3rd? If you already played the game when it released last summer, what did you think of it? As always, we love to hear what you think. Be sure to let us know in the comments section. 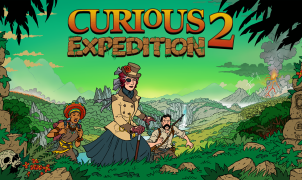