A new trailer for The Crow’s Eye is here, setting the tone of what’s to come This new trailer is all about atmosphere, and gives viewers a glimpse at what some of the game’s scenery will look like. The game takes place in the 60s, and those who enjoyed the scenery in games such as BioShock should feel right at home watching this.

The Crow’s Eye is a first-person psychological horror adventure game which puts players in control of a young man attempting to escape Crowswood University. Once a highly-respected medical college, Crowswood has since been abandoned thanks to a string of mysterious and unsolved disappearances that occurred on campus. It will be up to players to solve puzzles and collect clues as they attempt to escape Crowswood, and solve the mystery surrounding it that no one before them could. 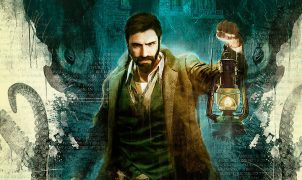