Alternate Start Made Skyrim More Fun For Me

Skyrim’s intro is bad and this mod fixes it – thank goodness! The Elder Scrolls Skyrim was released more than 5 years ago, and I have only recently gotten my hands on it for PC a few months ago. I’ve only had a console experience with this game, which until only recently with Skyrim: Special Edition has not had mod support. I have modded the crap out of my Skyrim game, but it has not changed my own personal dogma about modding: that mods may enhance a game’s experience, but ultimately cannot fix issues that are inherent in a game’s systems and engine. So while I must say that Skyrim with expansion packs and mods is a much more enjoyable experience, it does not fix certain problems and critiques I have of the final product. However, one mod has quickly become my favorite and solves a few problems I have always had with Skyrim, and that is the problems relating to main quest urgency and the “Special Snowflake Syndrome” that permeates the game’s main story. Before I get ahead of myself, I want to talk about the mod itself, which is called Alternate Start. Alternate Start essentially lets you to choose how you start a new game in Skyrim, allowing you to bypass the horrid opening scene of Skyrim’s default intro. There are multiple ways to start a new game, ranging from choosing a faction to join, choosing a side in the civil war, being a property owner, or my favorite: a lore appropriate starting location based on your chosen race. There are many more options, as well as the option to do the default Skyrim intro. What start you choose will also change your starting inventory and how difficult the game could be in the first few levels. Overall, this is a good mod for those who want to re-roll a new character but don’t want to play through the starting tutorial, or want more immersion for role-playing. Plus skipping that poorly paced intro is something I’ve always wanted.

The deliberate arrangement of its content, including its structure, its systems, and its narrative, in support of the game’s experiential goals.

Now this topic has been done to the death on the internet, but the point I want to hammer in is that Skyrim’s intro does not adequately represent or compliment the game design and tone the game exemplifies. This being the explorative and immersive RPG nature of what the Elder Scrolls franchise is known for. Alternate Start completely fixes this problem by simply allowing you to bypass the shitty default intro, but it also does more. The most important aspect of RPGs is the role playing; the ability to look through the eyes of a character and commit to actions as that character. The Elder Scrolls series does this very well for the most part, but there is a problem Skyrim suffers from that breaks my roleplaying immersion. The intro and the opening story beats of Skyrim forces the character to pick sides and rushes them through its open and explorative world in a ludicrously fast pace. It enforces this sense of urgency in its main story that doesn’t seem to go away. Rather than being a person who happens to find themselves involved in events due to circumstance, you almost immediately (after the first couple of main story quests) become the single most important person in the universe. This special snowflake syndrome isn’t exclusive to Skyrim but it lacks a lot of the pragmatism that even games of its own Elder Scrolls lineage have done better. This main story urgency and constant threat makes roleplaying a less viable option, because you are encouraged to be in the mindset of the most important person in the universe by the main story. It’s very hard to justify all your side activities as lore appropriate when the literal apocalypse is happening, and it sure as hell doesn’t help that everyone in the main quest must remind you. This is where the mod comes in.

Alternate Start solves this by simply by making the main story an option rather than the first thing you do, allowing you to avoid the annoying urgency of the main quest for as long you please. Now the main story was always optional in Skyrim, but the way the game presents the urgency of that quest doesn’t correlate with the game’s design, which encourages you to do whatever you want in this open world. In my playthrough I created an Argonian, and I chose to start my scaly dude off in Windhelm. Argonians and Dark Elves are disenfranchised in this city and sent to live in the poor ghettos by the xenophobic Nord majority. Within my first couple of minutes in the game my character gets into a bar fight with a Nord, making a good chunk gold after thoroughly roughing him up with my lizardy fists of justice. With this new found currency I decide to take a carriage and join the Imperial army in Solitude, with the hopes of removing the oppressive Jarl of Windhelm and possibly making the city better for Argonians. I had a much more enjoyable experience roleplaying as a disenfranchised lizard-man who wanted to free his people, over the demigod figure the story builds you up to be. Without the pressures of the main story and the option to choose the origins of your character, this brings up the game’s roleplaying immersion that I feel should have been the main focus of the game. Now this mod doesn’t change the problems of the main story, but it does allow you to bypass the main quest for as long as you like, as well providing better exposition than the default intro. The fact is that the side quests and objectives have always been the better part of the Elder Scrolls series’ storytelling. By allowing you to roleplay more convincingly, and get to that content faster, the Alternate Start Mod this game much more enjoyable. I’m still not convinced that mods can fix what is inherently baked in a game’s systems, but there is a reason that mods are still being developed for this game even five years later. While they can’t fix the core problems, they can make the game more fun. In the end, isn’t that all that matters? 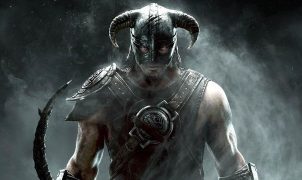 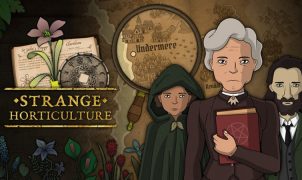 Strange Horticulture Review: Planters, Please! My deepest sympathies — I hate to be the bearer of bad news, but your uncle has passed away. I offer you my condolences…