Over the past several years, video game developers have been crazy about moral choices. They’ve been all over the place. Fallout, Bioshock, Infamous: everywhere. Nobody has been able to do them as well as Telltale, though. Their episodic, story-based games have brought us a new level of emotional content. They’ve given us in-depth stories within a bunch of different franchises, so there’s something for everyone. So far, they’ve given the treatment to Walking Dead, Game of Thrones, Borderlands, and more. In short, I’m a pretty big fan of them.

We got the first look at their new game, Walking Dead: A New Frontier, at last year’s E3. The first time I watch it, I packed a bag, bought a tent, and set up camp in front of the Telltale office. Surprisingly, it took about two weeks before I found out that wasn’t the best idea. Supposedly, a developer’s office doesn’t actually sell games on launch day. Also, it’s supposedly illegal to camp in the middle of a street. Oh, and my editor wasn’t exactly thrilled about me disappearning with his credit card.

So I went home and waited for the game to come out like everyone else. Now, the only question is “does it measure up to the others?” He looks worried. Should I be worried?

Walking Dead: A New Frontier is the third installment of Telltale’s Walking Dead series. If you’re not familiar with Telltale’s episodic games, they are entirely story based. The mechanics of the games mainly include dialog choices and quick-time events. The star fo the Telltale show is in tough moral choices. The right decisions are not always apparent, and they always have terrible consequences. It’s clear from the start that A New Frontier is set exactly like the rest. I will try my best to keep this review as spoiler free as possible.

Players take control of a man named Javier several years after the zombie apocalypse from the Walking Dead comic. He is accompanied by three close family members who have all inexplicably survived this far. When players jump in, the scene is set pretty much immediately. Supplies are low. Walkers are still everywhere. To keep moving is to survive. And now, you have to deal with that.

Most of the game’s first episode is about setting up the relationships between Javier and the others. Players get to decide right away what kind of man Javier is. Is he the family’s protector? Is he a pushover? Is he cold? Just like the other games, a lot of Javiers initial interactions determine how people treat him throughout the rest of the game. Of course, Telltale has included a couple conflicting choices as well. Sometimes, helping out one person really screws over someone else. Other times, there are choices that irrepairably affect the rest of the game in a big way. Those choices are the real meat of a good Telltale game. Unfortunately, Walking Dead: A New Frontier is kind of low on either of those. There wasn’t really a point where I felt my decision had any huge impact on what was coming. In the other two installments, there were times when you felt like you were deciding who lives and who doesn’t. Some circumstance of the game gave you that power. I can say with confidence that there was no such situation in A New Frontier. Maybe I just missed it, but I doubt it.

As far as those conflicting decisions, those felt lacking as well. The few I can remember off the top of my head didn’t have my scratching my head any. Each one felt like a fairly straightforward choice. Sure, some characters got upset with me because of it, but that didn’t make me any less right. Hell, one of these decisions was to literally choose between providing cover fire for my family and running away with them. Somehow, actually doing something to help in this case made me an asshole in the eyes of some characters. Speaking of which. I will say this: A New Frontier does a good job at building fake relationships. Taking a note from previous installments, the game has you quickly make connections with some of the characters right off the bat. And, like with the other games, most of the drama comes from putting those precious characters in immediate danger. I may not have felt like my choices had any huge impact on the game, but I was definitely emotionally invested from the start. And I haven’t even mentioned Clementine yet.

If you’re unfamiliar with the series, each season focuses heavily on the character, Clementine. She starts as a child in season 1. There, players take control of Lee, the man who takes care of her. She’s a little older in season 2 where players pick up the game from her point of view. In season 3, players take the point of view of a stranger (Javier) to gain an outside look at who she is. No matter who you play or how you slice it, each game is definitely about Clementine.

For that reason, it’s crucial to start the series with season 1. Oftentimes, the relationship between Javier and Clementine lacks any real substance without the knowledge of the other two games. I remember Telltale saying something about new players being able to pick up the series from here. Unfortunately, I don’t really suggest doing that at all. Given, my opinion may be swayed by my love of the series. Regardless, I feel the context of the other two really helps set the scene for Walking Dead: A New Frontier. This alone brings back feels.

In comparing A New Frontier to the first two seasons, there’s no competition. I may have only played the first two episodes of the newest season, but it is the weakest by a good margin. That doesn’t mean it’s not good. I’m already super excited to play the remaining three episodes. The problem is that it doesn’t have the power and emotional impact of the other two. Everything just seems to fall in place too easily with little conflict. And when tragedy does strike, the pieces come back together a little too quickly.

With that in mind, it is important to point out that the game is a lot of fun. It keeps you on your toes and keeps you interested in what’s coming. It has a way of keeping you intrigued about the characters around you as well. Walking Dead: A New Frontier may not have put me into a depression coma yet, but it has three more episodes to meet that goal. Maybe by then, I’ll write another review to sing its praises. Until then, it would help if Telltale would remove the ads from between the episodes. I already bought this!

Full disclosure: This review is based on a review copy of Walking Dead: A New Frontier given to HeyPoorPlayer by the publisher. 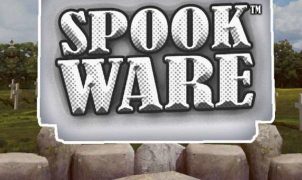