Mass Effect: Andromeda won’t be getting a season pass, leaving many fans questioning how the game’s DLC will work To those hoping to purchase a Season Pass for Mass Effect: Andromeda upon its release, I have some bad news – the game will not be getting one.

Bioware General Manager Aaryn Flynn was asked on Twitter on Friday, January 7, by user @coldboy33 about the upcoming Mass Effect title’s chances of getting a Season Pass. While none of the previous games in the series have made use of Season Passes, bundling up all currently-available and upcoming DLC in order to sell it all at once has become an incredibly common trend among AAA game titles – it wouldn’t be too far-fetched to expect Andromeda to follow suit. Despite that, a Seson Pass just won’t be happening – sorry hopefuls.

Upon receiving an answer from Flynn, @coldboy33 proceeded to ask about, in absence of a Season Pass, how Andromeda‘s DLC would be handled. Flynn declined to answer, saying “we’ll talk more about that later”. No other information was revealed at the time. 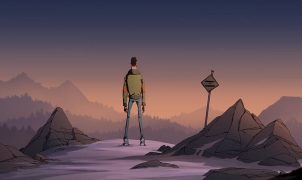