You don’t need to know the lyrics to feel the rhythm! A week ago I dropped the preview for Hatsune Miku Diva Project Future Tone, granting a brief look into my thoughts on the game. Today, however, I will review Hatsune Miku Diva Project Future Tone (which I will mercifully shorten to “Future Tone” for all of us, myself most of all), informing all that read just exactly what to expect from this incredibly odd but overwhelmingly enjoyable title.

If you are not familiar with the Hatsune Miku games, there’s very little I can do to help you suffice to say that they are an incredibly quirky rhythm series filled to the point of bursting with Japanese pop songs specifically created for these games. Throughout the course of gameplay you experience music videos behind the interactive overlay in which, true to rhythm game fashion, you must hit the corresponding controller buttons at just the right time to ensure the best of scores and emerge with a passing grade.

Most of the characters in these videos, best known as “Vocaloids”, have cherubic faces with voices to match; so sickeningly sweet that they are almost diabetes inducing. The most famous of them all being Hatsune Miku, the infamous girl with teal colored pigtails. This is the face you will see most often, though she is occasionally joined by her cohorts and fellow Vocaloids: Rin and Len Kagamine (twins), KAITO, Meiko, and Megurine Luka. It is unclear at the moment if other Vocaloids will join in, but at the moment, with over 200 songs being offered with both the core game as well as the two DLC packs you should be in no hurry or want to add more at the moment. Gameplay itself is incredibly simple. You are greeted with a DDR style menu in which you can select literally any song ranked between Easy and Hard (there is a specialty rank beyond that which must be unlocked). If you are looking for an old favorite you can sift through the songs alphabetically and then add them to a favorites list using your touchpad. Also, the difficulties are sub-ranked among their respective categories with numbers in the left hand corner of each title entry. Three is generally the easiest ranking, while the harder categories can see up to rank seven. Elect to play these at your own risk, I can only warn you now. These titles are deceptive, luring you in with sweet melodies only to crush you abysmally within seconds of the song’s beginning.

Naturally, you win the game by completing songs, but your grade of completion depends solely on how well you do. The more accurate you are in your button presses, the better your overall score will be. Running out of “Life” (the bar at the top of the screen) will result in an immediate fail, but you can maintain that bar and still not earn enough points to pass, too. It sounds trickier than it is, but the songs are long enough that you can at least hammer out at least a C after a few tries.

If you have a certain music style that you would like to adhere to during gameplay I’ll say here that different Vocaloids seem to sing different types of songs, but I’m making a broad guess as to whether or not that’s intentional here. Hatsune Miku has a wider range than the rest to be sure, but most of her songs are pretty upbeat and happy. The blue haired male Vocaloid KAITO seems to take a dark rock theme with most of his songs, while Meiko is more of a pop rock style singer. The twins are almost as eclectic as Miku herself, and Megurine seems to take on a sort of synth pop style. Either way, each Vocaloid offers musical variety to their respective songs, meaning that from song to song you’re promised a wide array of experiences.

I can tell you that your best bet at finding the songs you like is to simply get through them all at least once or twice and favorite them as often as you find a title that you can complete with any sense of satisfaction. In my experience many songs may take a try or two before getting a preferable grade at the end, since none of them are familiar you must make a special effort in order to get a high score. To me, the strangest but most impressive part of Future Tone is that unlike many other rhythm games (or games in general), Future Tone doesn’t punish you for failing. If, like me, you absolutely refuse to turn on the “no lose” option (presented to you before starting every song in the menu when completing your selection) and find yourself unable to make it through a song, the game will simply end and you’ll be informed that you didn’t pass. This is pretty normal, but from there on out the game zips you back to the song selection menu as if nothing had happened and you can either try again or move on without anyone saying a thing. It’s a shame free process that won’t serve to dishearten the player and kabash any urge to continue to play.

On that note, Future Tone is also insanely easy to just pick up and play casually for a few minutes if you want to get some quick gaming in, which is extremely satisfying.

I’d be remiss, however, if I failed to inform you that the DLC packages that you can get separately or together with Future Tone, and those are the illustrious “Future Sound” and “Colorful Tone” DLC packs. Each of these packages offers the majority of the musical content (220 songs between the two of them), but they also include new modules. What are modules, you may ask? Modules are outfits, specifically designed for each and every Vocaloid. They can be purchased with points earned from completing songs, and then assigned to a Vocaloid for a specific song from either menu at any time. There are literally hundreds of module options for the Vocaloids, and options don’t stop at outfits. As the player, once you purchase your desired add ons, you can mix and match hairstyles and accessories to spice up the clothing options offered by Future Tone. The aforementioned DLC packs add the majority of options in this regard, so be sure to pick those up as soon as possible to get the fullest Hatsune Miku experience! With all of that being said, I had way more fun playing Future Tone than I expected. It’s hard to find a good rhythm game, especially one that makes you want to come back and play time and time again. Future Tone accomplished that for me, and then some. The songs are fun and catchy, the outfits are adorable, and each music video is a treat. The sense of accomplishment earned after completing a troublesome title is always overwhelmingly satisfying, making me immediately want to move on to the next song in the sequence.

Hatsune Miku Project DIVA Future Tone is out tomorrow, and I highly suggest you get it to join in on the fun. Pick between Future Sound or Colorful Tone, or get the full experience and purchase both! You’ll be promised hours of new content as you work towards those victory points, earning ranks and outfits to change up gameplay and unlock new and more complicated songs to beat to the beat!

Full disclosure: This review is based off a review copy of Hatsune Miku: Project DIVA Future Tone provided by Sega. 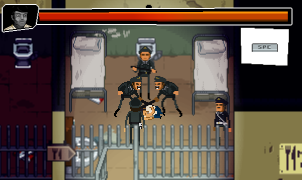