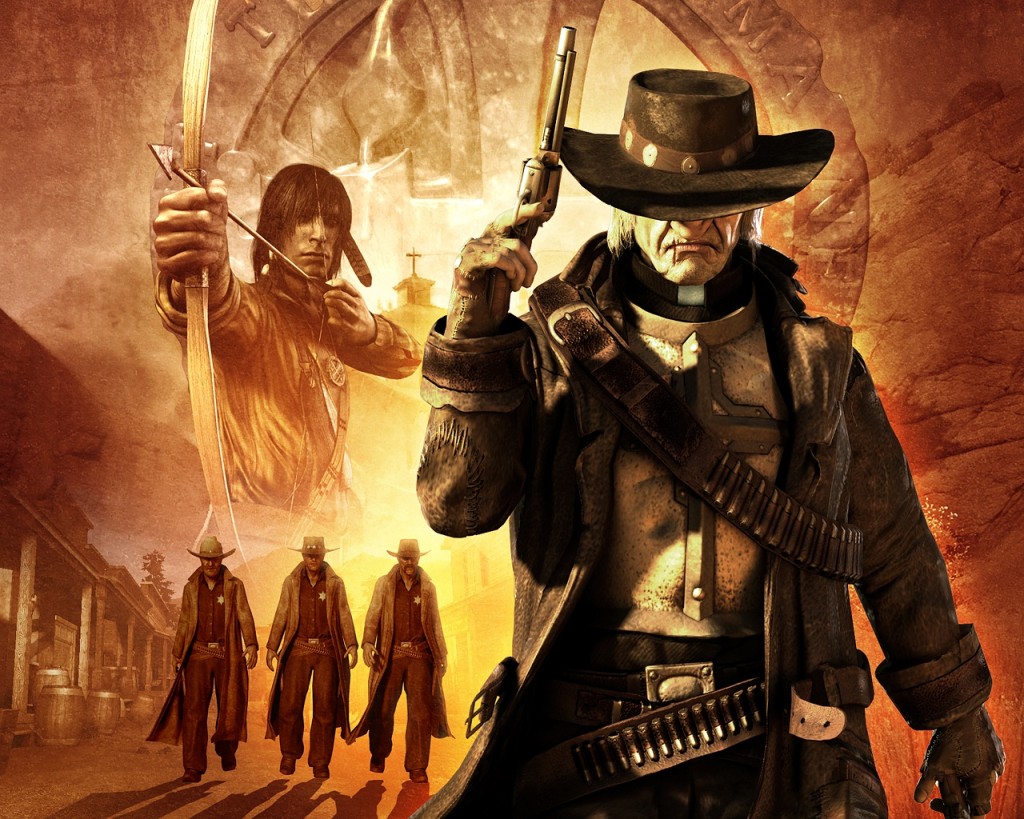 Call of Jaurez came way back in 2006, coming along during the awkward transition twixt the PS2 and the next generation of consoles. It was overshadowed and overlooked at the time, being obscured by such classic FPSes as the original Bioshock. Call of Jaurez ended up spawning a franchise (including the prequel Bound in Blood) because the original was – for many who played it – a dusty stone that turned out to be a pure gold nugget.

Call of Jaurez picks up many years after where Bound in Blood left off, where Ray Mcall has renounced violence to become a preacher, and Thomas has married Marissa. Marissa’s son, Billy, has been away for two years, having been searching for the same treasure of Jaurez that cursed the Mcall clan decades previous. However, Billy comes back to the site of an ungodly massacre. Ray sees Billy standing over the site of bloodied bodies and assumes Billy is the killer. Of course, instead of calmly explaining the misunderstanding, Billy decides to make a run for it. Ray chases after him, reluctantly feeling that it’s his duty to bring Billy to justice. So begins a sad saga of pain, suffering and digging up a painful past – but with little rays of existential hope flickering through the cracks.

You’ll split your time between Billy and Ray. Billy is a bit of an Indiana Jones type, being able to lasso onto branches and swing across chasms, or frighten away snakes with a crack of his whip. Billy can also stealthily hide in the bushes, with the HUD helpfully disappearing to let you know yer’ a ghost in the eyes of patrolling bandits. Billy’s segments provide the perfect stealthy counterweight to Ray, whose adventures are just as gloriously violent as in Bound in Blood – except this time he’s desperately rationalising that the Lord has destined him to be his holy sword in-between chastising himself for his life of sin (it’s bloody brilliant).

Ray is a changed man since his younger days but is still just as ambidextrous with when it comes to packing heat in each hand. You’ll also be able to wield… a bible! That’s right, you can carry a gun in one hand and the good book in another, clicking one mouse button to shoot some no-good sumbitch before clicking the other mouse button to give a quick sermon for his immortal soul. If that that don’t make Call of Jaurez one of the all time classic westerns, then the central story – which is grittier than the most well maintained driveway during the harshest winter – surely does! 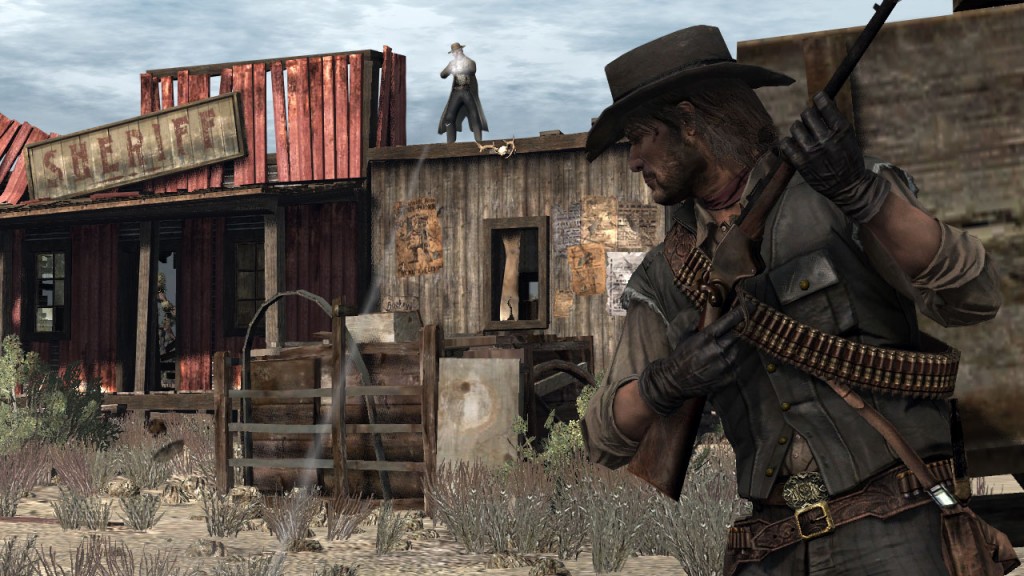 When all the other gaming westerns go to the OK Corral for a big showdown, only one emerges from the thick gunsmoke as the winner: Read Dead Redemption. You might call it Grand Theft Auto in the old west, as it’s an open-world sandbox, but that doesn’t really do this classic justice. For a start, the storyline is a lot more artfully told than the usual snarky tale Rockstar tells in their car-theft-em-ups. You’re cast as John Marston: a former desperado whose wife and son are being held hostage by the state so they can make you do their dirty work and hunt down your old criminal buddies.

Red Dead Redemption is particularly fitting for the last entry in this mexican stand-off of westerns for how it conveys the dying days of the west in 1911. With trains and phonelines rapidly criss-crossing the land by 1911, starting to dissolve the idea of the American frontier, John Marston is a metaphor for the decline of a mythical way of life: the end of living free in an untamed land. It’s a story that’s equal parts tragic, touching and darkly humorous.

Red Dead Redemption is also notable for how it conveys the majesty of the west in its huge open world: where you can get lost in the countryside for hours, galloping over the dusty plains and snow-capped hills on horseback, hunting down bears, shooting up bandits and horsethieves, and just exploring as you look for colourful characters to meet. It’s got everything you’d want from a western, including a reputation system which effects whether characters you meet will tip your hat to you as an honourable vigilante (if you lasso bounties and drag them back to jail) or spit at you as a dirty outlaw cuss (if you rob and kill without reason). There’s also the “dead-eye” targeting system making a return from Red Dead Revolver, allowing you to tag a group of baddies in slo-mo before you snap back into real time, fanning the hammer and blasting them Clint Eastwood style.

If, for any reason, you haven’t played Red Dead Redemption yet, quit yer bellyachin’ at the essential meaningless of existence, mosey on down to the general store and pick it up. It’s guaranteed to fan the hammer and gun down your boredom (and your precious free time) in a hail of bullets! Yeehaw!

Step into the light I love violence and gore as much as the next person, but sometimes it’s good for one’s mental health to indulge in something totally cute…