4. Call of Jaurez: Bound in Blood 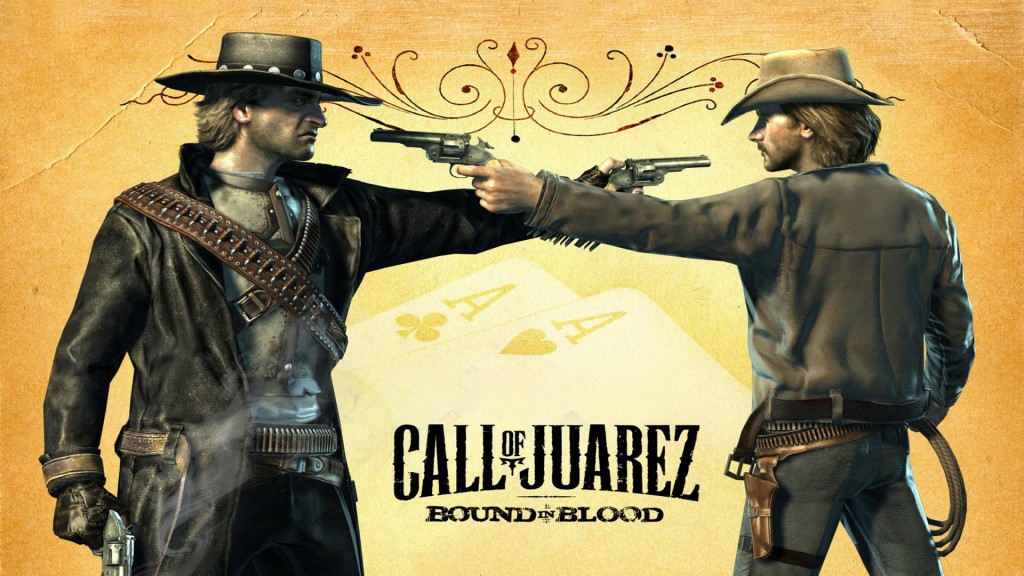 Call of Jaurez: Bound in Blood details the lives of Ray and Thomas Mcall, two brothers who deserted from the Confederate army to live the lives of outlaws. The sibling pair soon get mixed up in an even worse crowd of Mexican Banditos (and they’re already murderous deserters to start with) where they meet an intoxicatingly beautiful femme fatale named Marissa. Though she’s the girlfriend of the Bandito leader, she also flirts with both Ray and Thomas, driving a wedge between the brothers. Bah’ Gawd, what a jesebelle! If that wasn’t enough to create a sibling rivalry, both brothers are also in pursuit of the mythical treasure of Jaurez. It’s up to the Mcall’s third brother William – who is a devout preacher, improbably enough – to try and keep the Mcall clan together and desperately try and steer them onto the righteous path.

Of course, if you think you’ll be playing as the pacifistic William in this blood-soaked FPS, then I reckon you’ve had a bit too much peyote, Kemosabe. Bound in Blood is notable for letting you play through each level of the campaign with either Ray or Thomas. Thomas is the relatively more sensible brother, with a more considered style, being able to wield long-range rifles. In an interesting twist, Thomas can also wield a lasso, which you can twirl with the analogue stick and string up baddies you want taken care of quietly.

Ray, like his personality, has all the subtlety of a rampaging elephant, but he’s got the destructive power to match. With the ability to pack a pistol in each hand and slow down time to aim, before filling the air with the groans of villians you’re packin’ full of lead – Ray is the freaking man. I’ve got to admit, I played almost every level as Ray because his gravel-voiced wisecracks and tendency to leave a tornado-like trail of destruction in his wake was just too much damn fun.

If you want a western version of “Family Feud” with slightly more gun-toting violence, Bound in Blood is bound to be brilliant.

Is life too happy and jolly for you? If you want to take a trip into the proverbial heart of darkness, then Hard West is just the tobbacey-chewin’, rootin’ tootin’, turn-based shootin’ game you need! Hard West casts you as the leader of a gang of up to four desperadoes in some X-Com style action (though X-Com would never let you do something as awesome as ricochet a shot from your peacemaker into a cowboy hat wearing demon). To give you a flavour of the proceedings: one of the campaign scenarios involves the main character having his mother sacrificed by a cult, and his father abandoning him after being cursed by a snappily dressed avatar of Satan – and that’s before the real tragedy even starts!

The music is sumptuously atmospheric and soulful, reflecting a weird, wild west that smells of gunsmoke, blood and brimstone. HPP’s very own Sheriff, Francis DiPersio, gave a respectful tilt of his wide-brimmed hat to Hard West in his glowing review last year. You can git’ this powerful good title on Steam an’ other digital distra-ma-bution platforms. Now what are you waiting for? The gates of hell are opening into the heart of the American frontier and you’ve got more than enough lead in your six shooter to give them no good demons a welcoming party.