Fans: Get Excited. Everyone Else: Look Away To say that 2005’s Pathologic is “polarizing” is to take understatement to a new level. Fans love it for its oppressive atmosphere, its unique and fascinating story, and its brutal approach to RPG mechanics. Critics deride it because everything – from its vague storyline that leaves many of the game’s mysteries unsolved, to the difficulty of its mechanics and its unwillingness to explain how they work, to its horrific and unsettling imagery, to the fact that you have to play the game three times to understand anything that’s going on – suggests that Pathologic is a game that hates the person trying to play it.

Dark Souls is hard. The Walking Dead makes you feel like a failure. But the original Pathologic is genuinely impossible, in that there is no “right” decision, no moral choice to make, and even if you do nothing the story continues independently of your actions. Everything you do is wrong, and you’re still stuck with the consequences. If that sounds like fun, or if you’re a fan of the original game, then the 2017 quasi-reboot of Pathologic looks like it’s sure to please. If not, I suggest you seek refuge elsewhere. The disease is spreading. You need to run. 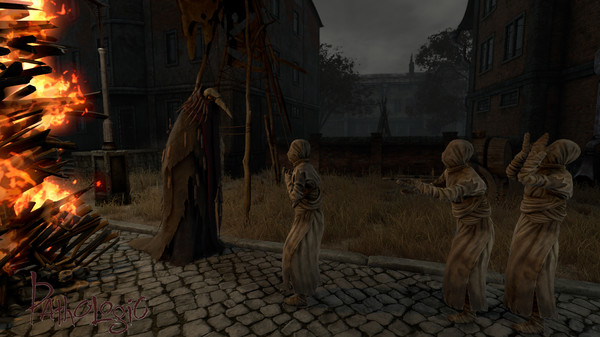 First, a disclaimer. Pathologic: The Marble Nest is a demo released to Kickstarter backers of the project on December 1st and made available to us last week. It takes place over only a single day, and isn’t actually part of the game proper – the developers describe it as “a small autonomous game that uses the assets, characters, and premise of Pathologic, but works on its own.” It’s also pre-alpha code, meaning it’s chock-full of technical issues that should be fixed before the game’s release. In short: what I played probably isn’t at all indicative of the final product, and like all previews, everything I talk about in this article should be taken with a grain of salt.

Now, having said that – what a preview Marble Nest is. Where to start – perhaps with the graphics. As buggy as everything is, the new graphics are beautiful – a far cry from the 2005 game, which age has been very unkind to. The palette is more varied than the grays and browns of the original, which I suspect will be a controversial decision – personally, I think it still maintains the oppressive atmosphere that made Pathologic great. More than that, while the unseen and unknown are crucial to horror, the new graphics make the things you do see much scarier – particularly the Executors. Despite their iconic place as the game’s harbingers of despair, the old models always seemed a bit dull and drab to me, their lack of polygons making them look like a cross between an old-timey plague doctor and a banana. The new Executors’ glowing eyes and bony, asymmetrical builds are, to me, much more immediately compelling. 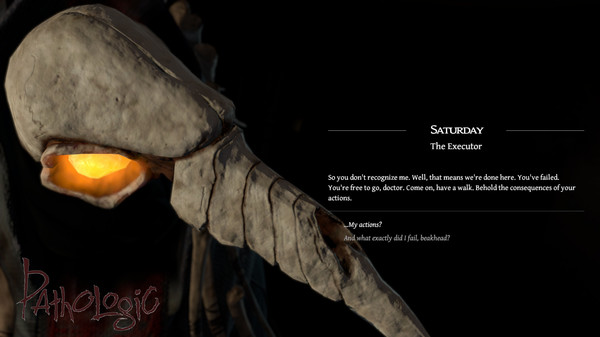 But Pathologic doesn’t need to be pretty (I’d argue that no game does). It needs to be upsetting, punishing, and above all: well-written. And this, I think, Marble Nest nails. You play as the Bachelor on the eighth day of the outbreak and wake up to find that you’ve been doing a terrible job – every decision you made yesterday turned out to the wrong one, and it’s led to a catastrophic outbreak in the only part of The Town that had been successfully quarantined. As you stagger through the course of the two-hour-ish narrative, attempting primarily to find the carrier of the Plague, characters urge you to stop trying to fight and accept your death. Even when I replayed with a guide from the Pathologic wiki, there’s no right path, no sequence of decisions bringing about a “good” or “true” ending – resisting the Executors’ urgent pleas that you accept your fate doesn’t mean you’ll save anyone, and choosing to end it all only gives you a screen saying “This loss is pointless, it teaches nothing.”

That’s the attitude that permeated the old game, and which without giving any more spoilers is also present in this demo. Even in something like The Stanley Parable, a game all about the fallacy of “player choice” and the idea that it doesn’t actually exist (because every choice you could make was a programmed intention of the developer), the pointlessness is the point. The endings may mock you, but you still get an ending. In Pathologic, there is genuinely no reason to believe anything you do will help you in any way. Frustrating? Certainly. Fun? Not exactly. Compelling? Absolutely. 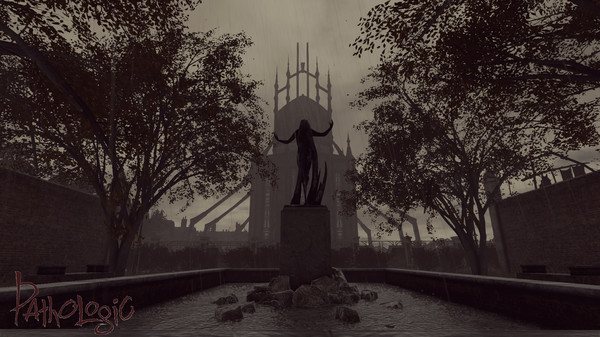 I mentioned what it was like playing the second time with a guide. Playing the first time? I felt like I had no idea what I was doing. Many of the RPG mechanics of the original are gone in this version, as promised – most significantly, NPCs no longer give out “quests.” Much like in real life, you don’t know which tasks or conversations are most significant, and there’s unlikely to be a substantial reward for them beyond their completion. Not only does making the game less (for lack of a better term) videogame-y increase the difficulty, as players now have even less understanding of their goals and how to achieve them, but it also makes everything feel more real. You’re not the most important person in the world, the one on whom everything else depends – you’re just another terrified cog in a broken machine.

If this preview has seemed vague and flowery, lacking in specifics, my apologies – it’s the only way I know how to describe a game like this without giving away everything that makes it special. Suffice to say that despite its flaws (and perhaps in some cases, because of them), I walked away from The Marble Nest confident that Ice-Pick Lodge understands what made the original game great, and how to continue its legacy with this new remastering. For better or worse, love it or hate it, this is Pathologic, in all its frustrating, player-hating glory, from the prominence of the bull in the demo’s opening sequence to the dire conversation with the Executor at its conclusion. Hopefully, the devs will continue to make the right choices with this project, so that we can all keep making the wrong ones.

Come, little birds, and gather around the marble nest!