On a Deathwing and a prayer For a year and a half I have toiled under the auspices of HPP’s God-Emperor, Francis DiPersio, reviewing the teeming hordes of Warhammer 40k games. I am well prepared for this latest task. I have taken the tragic role of Inquisitor Eisenhorn and expunged heresy, even as I was bored by the brown-ness of his surroundings. My greatest success came as a fleet commander, finding many joyous battles dodging the clumsy ramming attempts of bloodthirsty orkish ships. And, of course, I have toiled before with a wretched, vile abomination of another game baring the Space Hulk name. As faithful as it was to the original board-game, as a piece of electronic entertainment it was as dull and dreary as a funeral dirge. But now I face the swarms of genestealers once again in Space Hulk: Deathwing, but this time in team-based first-person shooter form. It is a worthy test for the holy zeal of any 40k fan, but its relentlessness is as often its undoing as its strength.

Space Hulk: Deathwing casts you in the role of a psychically gifted Space Marine in service to the Imperium of Man. You have been assigned to step aboard a gigantic derelict space vessel now infested with ravenous genestealers (creatures which look like the Alien aliens, but are just different enough not to prompt a legal challenge from HR Geiger’s estate). In standard 40k fashion, it turns out the genestealers are just the vanguard of a much greater, ancient, inscrutable evil, but the plot doesn’t get in the way too much! Right from the start of the single-player campaign, you’re stomping around dark corridors, with your motion detector bleeping to inform you of scuttling genestealers lurking around. This might sound a teensy bit like Aliens, but remember these are hardcore 40k space marines, not useless colonial space marines! This means you’re suited up in a metric ton of armour like a space paladin, carrying a electrified sword and able to shoot fire out your eyeballs. Once the perfunctory bit of atmosphere building is out of the way, you will find yourself assaulted non-stop by constantly respawning waves of genestealers. Luckily, you’re well equipped do deal with them. Each level, you gain access to a new death-dealing armament. I can’t overstate how genuinely satisfying all the weapons are to wield. Heavy Bolters take a second to wind up, but can perforate waves of genestealers into a fine red mist. Plasma guns are ideal for gibbing far-off foes. And, of course, the way the flamethrower arcs out jets of flame, lighting up the lovingly rendered gothic architecture around, to a chorus of inhuman screams – it seems oddly beautiful, to the point I’m worried I may have latent pyromania. Talking of mental abnormalities: you also have psychic powers, such as being able to telekinetically blast aliens back when they’re too much in your personal space (which is often). Oh, and you can shoot lightning form your fingers. Fortunately, more powerful abilities have lengthy cooldowns, meaning you’ll need to use them judiciously and not just spam them. Don’t worry, you’ll still feel pretty smug when you unleash the “inferno” power and a whole battalion of gangly beasts spontaneously combust.

You’ll need to carefully choose your own play style, as the heavier weapons require two hands, meaning you’ll be unable to equip, say, a power sword on your off-hand (which can be a lifesaver when you need something to fight the oncoming hordes while your gun is dry). As you advance through the campaign Each level becomes a battle of attrition from start to finish as the health packs your apothecary brother carries start to dwindle. You have the ability to “psi-portal” back to base a limited number of times each level, letting you re-supply and change equipment. By limiting your resources right from the offset, Deathwing can make some lengthier levels feel powerfully bleak and desperate – which reflects the unending struggle of a fanatical space marine pretty well! Barachiel is your healer so protecting him is a pretty good idea!

Though you can give basic commands to your companions such as “follow”, “defend” and “heal”, you don’t have to worry too much about micromanagaing a finicky AI. The strategic element is limited simply to making sure that you and your allies have enough space to shoot around eachother’s bulky, metal-covered butts, and that you try to engage the aliens in “funnels” (corridors, stairwells and such). Another boon you have is the ability to seal bulkheads shut, locking out any marauding genestealers, and guarding one of your flanks. Though it helps to keep good positioning and shut off lines of attack against you, the light tactical elements never distract you too much from the raw carnage on offer.

A little bit more complexity is introduced by the ability to hack nearby turrets. You can disable them, destroy them or take control of them yourself. However, you’re already a whirling dervish of destruction to begin with. Taking yourself out of the game – leaving yourself exposed to face-rending genestealers – to remote control turrets very seldom feels worthwhile, so you’ll usually end up disabling them. It can feel like a chore to get pelted by rockets from an upcoming turret only to have to duck round a corner – watching the hacking wheel spin as you slowly disable the offending automaton. It’s a shame that this mechanic usually ends up feeling like a redundant waste of time. Deathwing has a multi-player component too, allowing you to play through the levels in the campaign as part of a four-man team. In this mode, you’re able to choose from one of one of five classes. It’s important to choose a well rounded team. You’ll probably need at least a heavy for crowd-controlling swarms, an apothecary for healing and someone with a plasma rifle for vaporising those pesky hybrids who love nothing more than to fire rockets at you from high-up walkways. The multi-player also lets you level up to more powerful weapons in each class as you play through, giving you a sense of character progression amongst the xenocide.

What Deathwing is really lacking, compared to its team-based wave-shooter compatriots, are special enemies to ramp up the tension and tempo of each level. In Left 4 Dead, you might be comfortably mowing down waves of zombies, feeling cautiously secure as you make progress – then you hear the first few terrifying bars of the “Tank” music. Moments like this force the team to rapidly reposition, creating panic and excitement as you’re forced to adapt – having to avoid the roided up zombie throwing giant slabs of pavement as you like dodgeballs.

The problem with Deathwing is that there’s really nothing comparable to these game-changing moments. It’s just wave after wave of greyish masses charging at you, with the odd gun-toting mutant thrown in, all turning into a freakish mountain of dismembered bodies before you. Seriously, there’s sometimes so many bodies piled up, you’ll shoot at what looks like a moving genestealer, only to see it’s a corpse falling off a stack of its dead comrades. It’s an awesome spectacle, but it soon becomes routine. It’s like a song with a promising intro – keeping you waiting for a kick-ass chorus that never comes.

Space Hulk: Deathwing is an enjoyable but rather uninspired effort. It’ll scratch your itch for pulverising and conflagrating extraterrestrials. However, you might find that itch so well scratched that your rhetorical skin becomes red and raw from the constant repetition. Still, Warhammer 40k fans will find that Space Hulk: Deathwing brings the grim-dark setting of the tabletop game alive in the most vivid, action-packed fashion we’ve seen since Space Marine a few years back. If you’re one of the aforementioned 40k fans seeking some FPS fun with friends, then shine up your boltgun, do your daily prayer rituals and get ready to purge some Xenos scum FOR THE EMPEROR! 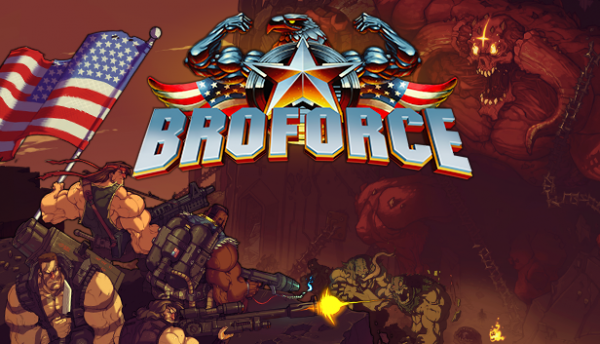