Prepared to be enlightened by this photonic-themed puzzle game 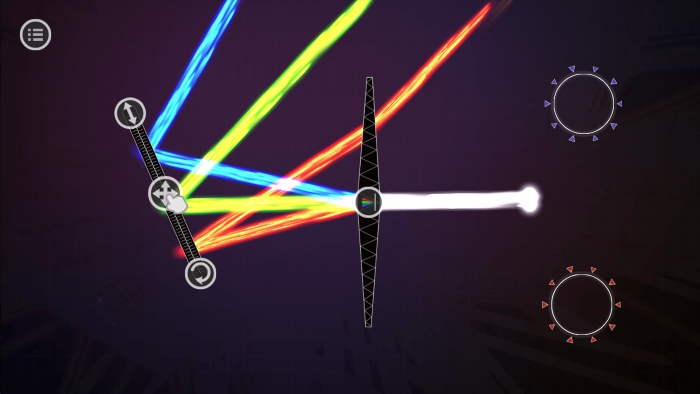 Puzzle games tend to get a lot of flak, but they’re very enjoyable and make a pleasant change of pace from the shooting and twitchy reflexes that so many other games require. It’s especially encouraging to see how different puzzlers employ varying themes to make players think and solve problems in increasingly abstract ways. Such is the case with the light-themed brain-bender that is Optika. Formerly a mobile exclusive, it has made the leap to PC, and we’re here to shine some light on the matter, pun intended.

In Optika, players are tasked with guiding beams of light in order to fill a circle. Light rays are broken down into perpetually flowing photons, and these can be manipulated in a wide variety of ways. For example, you may deploy lenses that serve the function of accelerating or intensifying the flow of photons. Various objects such as mirrors naturally cause photos to reflect, and even magnetic fields can bend the photons to their will. The beams of light can also be compressed or widened, allowing for a multitude of different configurations.

Simply guiding light to its destination is tricky enough, but the concept is expanded upon by the inclusion of colors. Sometimes, the finishing circle will only accept light from a particular spectrum, and thus rays have to converted. Other times, the circle requires players to mix colors in a certain way, recalling our preschool knowledge of how primary colors work. Or perhaps light must enter the circle at a required intensity. It’s all very fun, mind you, and it’s not uncommon just to stop playing for a few seconds so you can admire the pretty photons and the way they bathe the levels in their colorful glow. Sadly, as fun as the experience is, it does come with its own fair share of caveats.

The included tutorial is extensive and does a decent job of explaining the game’s core concepts, though it does leave some surprises in store for players. It doesn’t prepare you for the assorted annoyances you’ll encounter as you play, however. One of these, and the chief offender, is just how fickle the ending conditions can be. In order for a level to be cleared, light has to be focused into the ending circle for a specific amount of time, usually a few seconds. You’ll occasionally encounter that a slight miscalculation can render the light feed not intense enough for the game to consider it a win. It will give you permission to proceed for a split second before nullifying it like Lucy yanking away the football from Charlie Brown. Other times, lenses need to be nudged a fraction or two for the beams to align properly, but then you risk potentially throwing off the entire balance of your puzzle, forcing you to dismantle it or start from scratch. Challenge I can deal with, but when it’s about pixel-sensitive physics, I tend to lose my patience very quickly. This is additionally problematic when you’re uncertain if the problem lies with your solution being incorrect, or if the game just requires more precision. With 160 levels on offer, there’s plenty of time to adjust, and the issue is more absent than present, but still: it’s there.

The light theme naturally lends itself well to attractive visuals, and Optika unsurprisingly is a rather pretty game. When you have multiple light sources on the screen, with multiple colors, bending and twisting to the whim of your devices, it makes for some truly delicious eyecandy. However, there’s a lingering sense that perhaps more attention could have been paid to the visuals, specifically with the rather bland look of the devices on offer. Then again, their simplicity helps players to focus on the photonic elements and not be distracted too easily. On the audio side of things, there’s not a whole lot to say. The music is simplistic ambient, which suits the game well, but while it’s adequate, it’s also somewhat unremarkable.

Optika is a very colorful puzzler with a solid premise that’s sadly let down by some minor issues. The sensitivity of the lenses is more of a hindrance than a help, though it’s nothing that can’t be overcome with some trial-and-error and getting a feel for the game’s physics. It’s hardly the finest puzzler on offer, but for those looking to get the brain juices flowing, Optika is a pretty decent little affair that has a lot to offer at a reasonable price. Focus on its official Steam page in order to visualize a copy of your very own.

Full disclosure: this review is based on a review copy of Optika given to Hey Poor Player by the publisher. 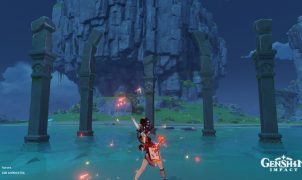