How would you like some balls in your face? Indie game developers 10tons are quickly becoming one of my favourite producers of Xbox One games, and that is because they keep coming out with quirky original titles such as Tennis In The Face. Starring a hasbeen former professional tennis player named Pete Pagassi you are out for revenge on the people who ended your career. In many ways Tennis In The Face follows on quite nicely from one of 10tons other games, the equally bonkers King Oddball, as it’s also a physics based puzzler with huge dollop of humour. If you enjoyed that game or similar titles, such as the far more famous Angry Birds franchise, then you are going to want to pay close attention to this review as Tennis In The Face will be right up your street. So grab your balls in your hand and join me as we shove them in a few people’s faces! The basic premise of Tennis In The Face is actually very similar indeed to Rovio’s popular Angry Birds series, you simply have to knock out the enemies within a defined amount of turns and then move onto the next level. However the game itself does play a little differently as I will go into. Firstly all the action in Tennis In The Face takes place on a single screen, making it much easier to work out exactly how to proceed. Secondly defeating the enemies in Tennis In The Face relies more working out the path of your projectiles as opposed to what they hit. As you probably guessed already this is because you are, for the most part anyway, using tennis balls that bounce of walls and other objects. Working out the bounce of the balls, how different objects affect them and how to do the most damage are all things that have to be considered. Balls bounce around for a set amount of time before disappearing so each go is limited. You can, if you wish, also launch more than one ball at a time, although this is rarely helpful. These bouncy balls aren’t the only weapon at your disposal in Tennis In The Face though, from time to time you are also given cans of soda, which don’t bounce and will just explode shortly after landing. These provide a totally different dynamic to the game. So let’s talk a little more about what you are actually up against in Tennis In The Face. Each set of levels features a different theme and a different type of enemy which has its own quirks. For example there are police with riot shields that deflect your ball, so you must try to hit them from behind and there are scientists in radioactive suits who have to be hit twice (one to knock off the suit and again to take them out). There are also objects that will burst your ball when hit, for example glass that will break (which sometimes needs to be done) and cubes of scrap metal. Some of the smaller objects can also be hit in order to knock them into your foes. There are also other objects that will help you too though; for example the cases of soda that explode when hit, ramps that deflect your ball into other places and boxes of balls that will burst open and bounce around the screen. On each level in Tennis In The Face there are always a number of different things that need to be taken into account before raising your racket. Speaking of levels, there are also a number of bonus stages that give you the chance to build up your score by collecting coins.

Obviously Tennis In The Face is never going to be anything special in the graphics or sound departments. But that said the visuals are nicely drawn and there are some really good tunes too that perfectly fit the game. As always with these types of games, Tennis In The Face is about the gameplay. Not only is it hugely addictive but also incredibly easy to pick up and play for the beginner. Tennis In The Face also wins points for originality and the difficulty it presents, managing to be challenging enough to provide long term play but also not so hard that it becomes frustrating. All in all I cannot help but recommend Tennis In The Face to any Xbox One owner out there looking for something fun to play that will also tax the old grey matter. Kudos to 10tons once again for providing us with yet another hugely entertaining product.

Full disclosure: This review is based on a review copy of Tennis In The Face given to Hey Poor Player by 10tons Ltd. 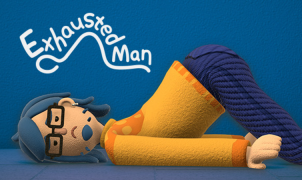 Don’t Sleep On Exhausted Man, A Game About A Very Tired Guy 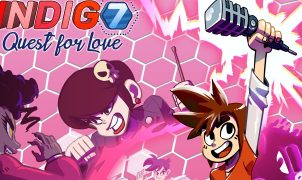 A Force to be reckoned with.   We’ve reached a sort of critical mass with regards to retro-inspired games. Things are now at the point where there’s almost as…