The Little Acre reminds us that good things still come in small packages. 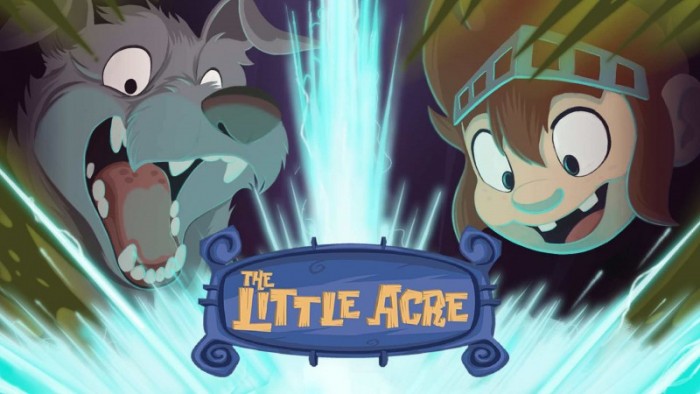 If you’ve been following my work at Hey Poor Player over the years, you may know by now that I’ve got a pretty big soft spot for point-and-click adventure games. Maybe it’s my penchant for puzzle solving, or occasionally stuffing the odd hamster in a microwave. Or maybe it’s my insistence on pushing and pulling everything that isn’t bolted down in each new place I visit in hopes of uncovering some ancient secret passage. But in all seriousness, I think what’s most refreshing about these kind of games is that despite most genres having been turned on their heads over the past three decades, the the point-and-click adventure has proven to be as stubborn as they come. A relic of gaming’s earliest years, curmudgeonly gripping tightly to its rigid, time-tested conventions, fighting modernity tooth and nail to provide players with one of the purest forms of digital escapism. 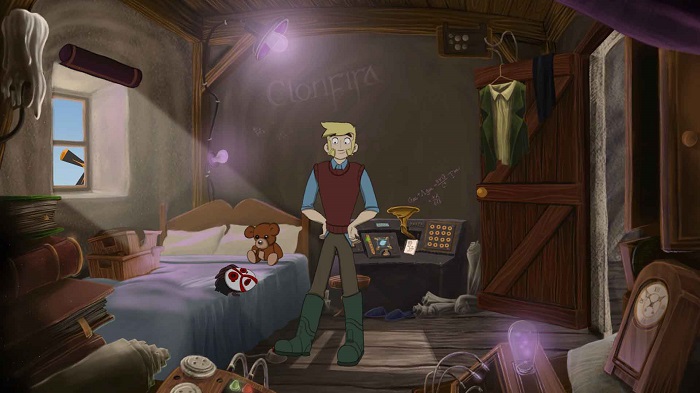 The Little Acre, the latest release from Dublin, Ireland based developer Pewter Games, seems to have it all. At first glance, it’s hard not to be reminded of The Curse of Monkey Island or other LucasArts greats thanks to the lush, hand-drawn visuals and charming character designs. However, beneath the artful veneer is a surprisingly refined adventure that manages to do away with the cumbersome UI issues and convoluted puzzles that plague many games in the genre, allowing the player to bask in its vibrant luster and, for better or worse, sail through the story without running into too many overly obtuse puzzles along the way.

The story of The Little Acre takes place in a fictional Irish hamlet in the 1950s. Players take control of Aidan, a young widower who recently lost his wife, and his daughter Lily, a fearless little scamp with a thirst for adventure. One day, Aidan’s father Arthur goes missing without a trace.. After scouring his lab for clues to his whereabouts, Aidan discovers a strange, capsule-like machine. Stepping into the device, Aidan is then shrunken down and transported into a mysterious fantasy world called Clonfira. Soon discovering her father’s situation, it isn’t long before Lily herself gets sent into this strange land, where the two must reunite with one another, discover the fate of Arthur, and ultimately make their way back home. Overall, it’s a decent, and often heartwarming story – which is no surprise, considering the title has been created in partnership with Charles Cecil, of Broken Sword fame – but clocking in at just under two hours, it’s hard to become incredibly invested in any of the characters beyond a surface level, which makes even the biggest narrative moments lack a real sense of weight or significance. 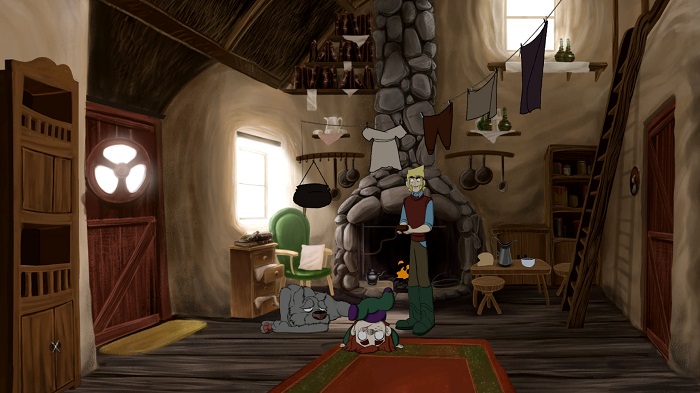 The well-animated characters would do Don Bluth proud.

Over the course of the game’s bite-sized adventure, players will frequently bounce back and forth between Aidan and Lily as they progress through a dark fantasy world full of boggy swamps, strange technology, and a small but colorful cast of characters. This back-and-forth works for the most part, but it’s admittedly hard to become too immersed in each character’s story when you’re pinballing back and forth between Aidan and Lily, often within the span of just a few minutes. Still, the way each player handles the obstacles in the world around them is different enough as to keep you engaged. For example, Aidan is great at being analytical and thinking on his feet, making him able to handle most situations on his own by combining one or two items together to solve most riddles. However, Lily is small, and despite her fighting spirit, she’s more than a little reckless. That said, she often relies on her loyal hound Dougal along with other characters in the world to help overcome the obstacles she encounters. This welcome sense of variety manages to keep the proceedings fresh while making the jump between Aidan and Lily feel like more than a simple cosmetic difference.

As I mentioned at the start of this review, the puzzles in The Little Acre will rarely leave you stumped for too long. This is both due to their fairly simple designs, as well as the fact that you’ll never have more than two or three items in your inventory at any given time, making it fairly obvious what tools you’ll need to overcome the next obstacle. While this certainly streamlines the experience, I can see this lack of a challenge being much to the chagrin of seasoned point-and-click veterans itching for a challenge, especially when considering the game’s especially short length. It’s a shame, too. Because the opening half hour of the game features a handful of inventive puzzles, but these quickly fall to the wayside in terms of simple logic and timing puzzles that do little to test your precious gray matter. 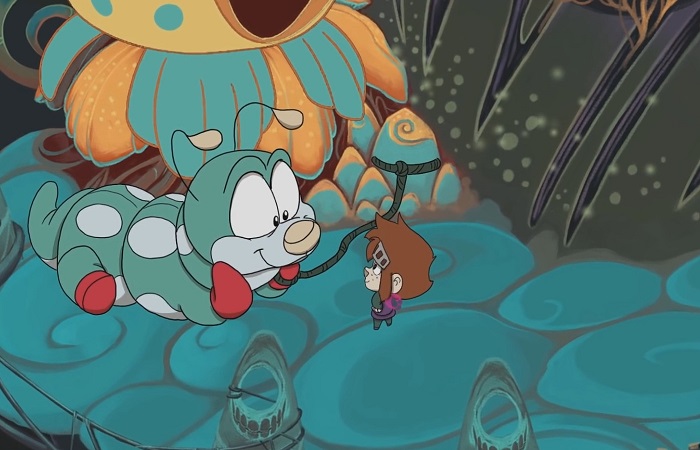 Lily is small and often has to rely on animal friends to help her progress through the world.

Make no mistake, in terms of presentation, The Little Acre is a lovely game. The art style is whimsical and enchanting, and the animation takes notes from famed illustrator Don Bluth, making for a game that looks stunning in motion. Additionally, the game’s soundtrack is just as fantastic. Featuring traditional, folksy melodies, each composition suits the rural theme quite well. And once transported into Clonfira, more subtle, haunting tunes work well to bring the dark and surreal world to life. It’s also worth noting that the game’s voice acting is quite strong, with Aidan and Lily being instantly likable characters who’re a joy to listen to. Sadly, the main antagonist isn’t quite as successful in his delivery, coming across as one of the more insufferable villains I’ve had the misfortune of hearing in recent years. Still, the good far outweighs the bad in this regard, and The Little Acre is largely and audio visual delight.

The Little Acre lays a sturdy framework for something grand. Sadly, its truncated story and a slight challenge make the end product feel like more of a teaser for something much greater. If the story lasted a few more hours and the puzzles kept the ambitious design of the opening moments of the game, The Little Acre could have truly been something special. As it stands, it’s still an adventure worth taking, especially if you’re new to the genre or averse to overly complicated puzzles. Still, if you’re a veteran of the point-and-click genre looking for something substantial, you’ll likely find yourself wanting more to satisfy your appetite.

Full disclosure: This review is based on a review copy of The Little Acre given to HeyPoorPlayer by Curve Digital.