OneShot is not throwing away its shot. Games intended as a commentary on the medium and player input are nothing new as of late. While I do enjoy titles such as The Stanley Parable and Undertale, for every Undertale there are a hundred self aware indie projects that are just nowhere near as good on a thematic and mechanical level. There’s a fine line that self aware games have to walk to avoid falling into pretentious circle jerking and mean spirited snarkiness. It is a difficult balancing act that many games fail at, and I have played my fair share of these titles. This is why I’m happy to say that OneShot is a good game mechanically, and it says something meaningful about games and player involvement.

The base mechanics of OneShot are that of a simplistic top-down adventure game. You move the character through an overworld and solve puzzles both there and in small, more focused areas. There are various devices you can interact with, and your character seems to have an opinion about even the most incidental of objects and knick knacks. A lot of the puzzles within the game are solved by finding an object, combining it with another object to turn it into something totally new. It gave me PTSD-esque flashbacks of old school adventure games like Monkey Island, and all told this is my biggest gripe with the game. While the puzzles aren’t bad, they can be torturously slow paced. A lot of the solutions for these conundrums involve finding a “thing”, and then proceeding to daisy chain a collection of of oddball creations until you finally have that “thing” work with another “thing” and solve the puzzle. Thankfully, there is a fast travel mechanic which means backtracking isn’t as tedious. Now I’m not particularly good at adventure games, and I know that it takes a particular mindset to solve these kind of puzzles, but a lot of the puzzles are based on conventions from two decades ago that haven’t aged well. It’s hard to find your way in the dark. Luckily, you have cat’s eyes.

While the basic puzzles are underwhelming, the out-of-game puzzles are interesting and kinda creepy. And yes, I did say out of game puzzles. There are two important characters in OneShot: Niko, a quirky cat-like person, and you. Niko, and at times other characters, can interact with you via the dialogue. For example, when you exit the game and return, Niko will call out for you and ask why the world became dark for a second. As much as Niko is a driving force in OneShot, you the player are as well. There are puzzles in-game that require you to do things outside your game window. This caught me off guard and legitimately weirded me out at first. These puzzles are different and change up the game, making it something mechanically unique.

This relationship between Niko and the player is one of OneShot’s strongest aspects. This commentary on the relationship between you and the character you play as are well executed. Dialogue is important in a game that is this story focused, but it is especially vital when it comes to meta-commentary, because how you talk is just as important as what you’re trying to say. Thankfully, the game lacks the pretension that could’ve made this more annoying and snarky. At its core it is very charming, and that’s how I’d describe OneShot as whole. The story begins as a simple tale about saving the world, and it slowly becomes something more intricate and philosophical as the game progresses. This is accompanied by a cast of characters whose endearing dialogue and charming designs make them stand out as people with interesting personalities. “This torch does not impress me”

As mentioned before, the character designs are charming. This also happily extends to the environments and objects. You start things off in a dark house, and after a while you’re thrown into a dark wasteland. While not pretty, the wasteland is brought to life with an impressive sense of atmosphere and feels appropriate to the world’s lore. When you get to the second map, the game’s pixel art truly stands out. OneShot is a good example of doing more with less, as everything is designed with the pixel art in mind. It feels like the developer strictly followed certain design conventions to make everything consistent. Overall, the dialogue and beautiful, retro-inspired aesthetic work in the game’s favor and make OneShot something that stands out. As effective as the visuals alone are, it is how the mechanics work in conjunction with the out-of-game puzzles that make this a such a memorable experience.

OneShot is a good game, that at times feels like a great game. While it definitely deserves praise for its clever mechanics, idiosyncratic art style and well-written dialogue, the old school adventure game mechanics can occasionally hold OneShot back. However, what the game does differently from its contemporaries is great, and I hope to see more developers try weaving a metafictional narrative into their games. OneShot is charming, and isn’t up its own butthole with what it’s trying to convey to the player. Though Oneshot is quite a classic, it’s a thought-provoking tale that will fascinate those yearning to explore the relationship between game and player.

Full disclosure: This review is based on a Steam review copy of OneShot given to HeyPoorPlayer by the publisher. 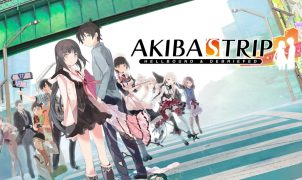