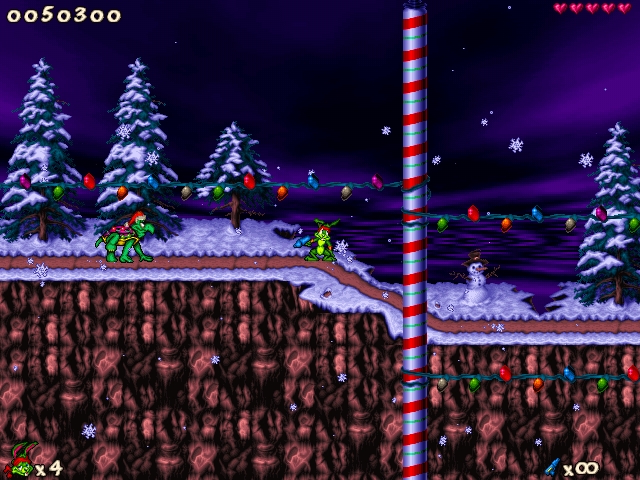 I’m cheating a bit here, because there are actually three separate games that bear the Holiday Hare moniker, but I’ve included them all here because it’s impossible to pick the best out of the three.

Jazz Jackrabbit was once considered to be one of the top platformers on the PC. As a gift to their fans, and to promote the CD edition of the game, the developers released two Christmas episodes for free in 1994 and 1995. These featured exclusive levels, some new enemies, and some of the best remixed renditions of Christmas music you’re ever likely to hear. The tradition continued in 1998 when Jazz Jackrabbit 2 received its own Holiday Hare episode, although not for free this time. It’s still worth playing, with three long and challenging levels topped off with one of the trickiest boss fights you’re likely to experience all year.

1. Saints Row IV: How the Saints Save Christmas 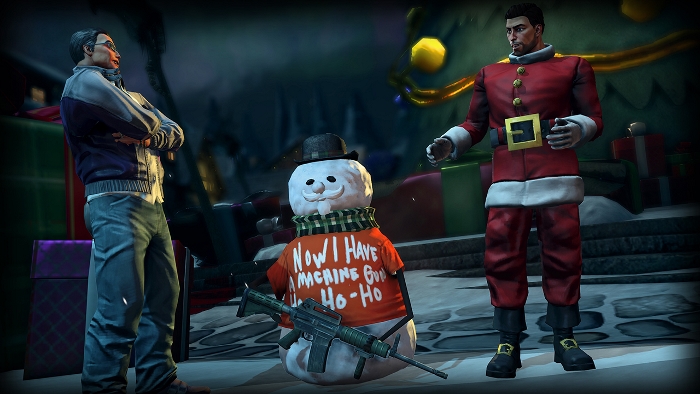 If there was ever a video game universe least suited to having a Christmas theme, it’s Saints Row. And that’s what makes this DLC so fantastic.

It’s a little over an hour’s worth of play time, but it’s so much fun to play and so full of humor that you honestly won’t mind. The Third Street Saints are once again invoked, this time to save Santa Claus himself in their typical over-the-top fashion. What sets it apart are all the references not just to the holiday, but to loads of Christmas-themed movies and TV shows. It’s hard not to walk away smiling, and the unlockable incentives, including a rocket-powered reindeer, make it all the more worthwhile.

What titles do you think we missed? Do you have your own favorite Christmas-themed game? Let us know in the comments below.