Despite the company’s many missteps, the industry could learn a thing or two from Sega’s unrivaled passion for creativity. We’re creeping up on two decades since Sega stepped out of the console industry with the demise of the Dreamcast. And while they say time heals all wounds, I have to admit that I’m still recovering.

Sure, the video game industry is more popular than ever these days. Sony, Microsoft, and Nintendo have become a towering entertainment triumvirate. But sadly, the excitement that came from gaming in the 1990’s and the early aughts has given way to incremental updates and novelty. Things have become predictable, and frankly, a lot less fun as a result. And I say this as a man who has a virtual reality headset sitting just a few feet from his desk. Simply put, something is missing. And that something is Sega. Being a gamer forged in the late ‘80s and early ‘90s was one hell of an experience, thanks in no small part to Sega’s inability to simply rest on their laurels. This restlessness ended up costing Sega dearly by diluting their brand with mountains of quirky add-ons, but I personally loved the sense of wonder and anticipation that came with being a Sega die-hard during the company’s golden years. Nintendo, their bitter rival, were largely content to focus on marketing their 16-bit Super Nintendo and Game Boy handheld back then, while Sega instead chose to use their considerable successes to explore more adventurous platforms. The Sega Channel put about 50 games at players’ fingertips every month, allowing them to pump the latest releases and even import games into their console via coax.

Perhaps my favorite of these endeavors was the Sega Channel. Launched in 1994, the Sega Channel was the result of a partnership between Sega, Tele-Communications Incorporated, and Time Warner Cable. It was a monthly service that allowed subscribers connect their Sega Genesis to their cable line via an adapter that fit into the console’s cartridge slot. Once connected, players could access 50 games per month, 24/7. In addition to a slew of hit titles like Road Rash 3, Sonic & Knuckles, Shining Force II, and others, the Sega Channel also gave players access to timed
Test Drives” of upcoming games and import titles that would never see the light of day in North America. As a kid who typically only got new games on holidays or by hoarding my allowance, this service was pretty much the best thing an awkward adolescent with a penchant for pixels could ask for. While the service only lasted three years, anyone who subscribed to that service will likely tell you those were some of the best years of their life.

Fancy taking a trip back to 1997? Thanks to the kind folks at the Internet Archive you can, as the Sega Channel’s official site has been preserved. The Sega CD and 32X transformed your Genesis into this shiny black dreadnought of a console.

Without question, the Sega Genesis was an impressive piece of hardware in its day. Sure, the color palette was underwhelming when compared to Nintendo and NEC’s offerings, as it could only display 64 on-screen colors at once compared to the Super Nintendo’s ability to display 256 and TurboGrafx’s 512 colors simultaneously. But despite the less vibrant visuals, the system could crank out some beefy sprites at a blistering pace, making for some stellar ports of some of the era’s greatest arcade games. As years went on, the weaknesses in Sega’s 16-bit hardware became more pronounced. Rather than abandon the console, Sega instead released a variety of attachments to future-proof the Genesis.

Just three years after releasing the Sega Genesis in North America, the Sega CD launched in October of 1992. And while NEC technically beat Sega to the punch in adopting the CD medium with their TurboGrafx CD peripheral, the platform never quite gained any traction in North America, despite being hugely successful in Japan as the PC-Engine CD. It didn’t have the broadest library, with just over 200 games being released between the North American, European, and Japanese territories. However, there were some real gems to be found, especially if you were a fan of adventure and JRPGs. From Konami’s hit cyberpunk point-and-click adventure Snatcher to a slew of incredible RPGs localized by Vic Ireland’s now defunct Working Designs, the platform offered some timeless classics geared towards an older audience. Combine that with some controversial and irresistibly campy FMV titles that were all the rage in during the medium’s early days and you had a system which, while commercially unsuccessful, is fondly remembered by many 30-something gamers today.

Sega’s second expansion for the Genesis wasn’t quite as well received, but I still admit I had a soft spot for the beleaguered 32X. I even have fond memories of sitting on my kitchen floor, dialing into Sega’s 32X promotional hotline to learn all about the benefits of texture mapping, Gouraud shading, and those mighty dual Hitachi SH-2 32-bit RISC processors. Sure, the end result was more of a stop-gap measure to bridge the gap between the Sega Genesis and their 32-bit Sega Saturn, but it was still a great way for those lacking an (at the time) expensive PC to enjoy Doom, or soak up some quality ports of Sega’s arcade hits Virtua Fighter and Virtua Racing. I realize my love affair with the 32X isn’t the popular consensus on the platform, which struggled right out the gate, but I was so caught up in the excitement of each of Sega’s new hardware releases that I just didn’t care. I just wanted to see how far Sega would go to abandon the norm and push boundaries. These misadventures weren’t always great successes, but they demonstrated the company’s pioneering spirit and willingness to take a chance. And frankly, I believe the industry was all the better for it.

Sega: Kings of the coin-op It’s okay. The song’s stuck in my head, too.

Sega may be synonymous with the home console industry, but very few companies have enjoyed nearly the level of success they did at the height of the arcade gaming’s popularity, as the company went toe-to-toe with arcade giants Namco, SNK, and Capcom to compete for arcade-goer’s hard-earned quarters. Sega AM R&D Division 2, more commonly known as simply “AM2”, was headed by the legendary Yu Suzuki, and was responsible for developing some of the most unforgettable arcade experiences of the 1980’s and 1990’s, including Hang-On, Space Harrier, Daytona USA, Virtua Fighter, just to name a few.

Sure, Nintendo had their share of arcade successes, but no console manufacturer – with perhaps the exception of SNK – has managed to dominate both the arcades and home console market in quite the same way that Sega did. And while Sega has left the console business, they still regularly release some stellar arcade titles on some pretty formidable hardware, such as the impressive Sega Lindbergh and Ringedge 2 platforms that power some of the company’s most technically impressive arcade releases to date.

Without question, Sega is a company that spread itself too thin, and their constant rush to develop new hardware that failed to gain traction ended up contributing to Sega’s dire financial situation, forcing them to exit the hardware market entirely. Still, I can’t help but feel the industry could learn something from taking the chances in the way that Sega did, throwing caution to the wind as they frequently tested new mediums, embraced the absurd, and did seemingly everything possible to stand out from the pack.

Sega was a constant innovator, and their unorthodox methods, while not always the most successful, remind us of a time where creativity was everything and the gaming landscape was always changing. In a time of constant console parity and consoles that feel more like PCs than the boxes of magic and wonder we fell in love with so long ago, I believe now more than ever we need a company like Sega to change the dynamic and keep things from stagnating.

So, do you feel that things have changed since Sega left the hardware business? Of all of the company’s various pieces of hardware, what was your favorite? Be sure to let us know in the comments section. 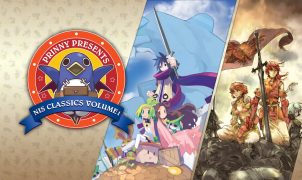 Prinny Presents NIS Classics Volume 1 Review: Two-in-One Fun     The PlayStation 2 era was an incredibly magical time for Nippon Ichi Software, if you ask me. While…