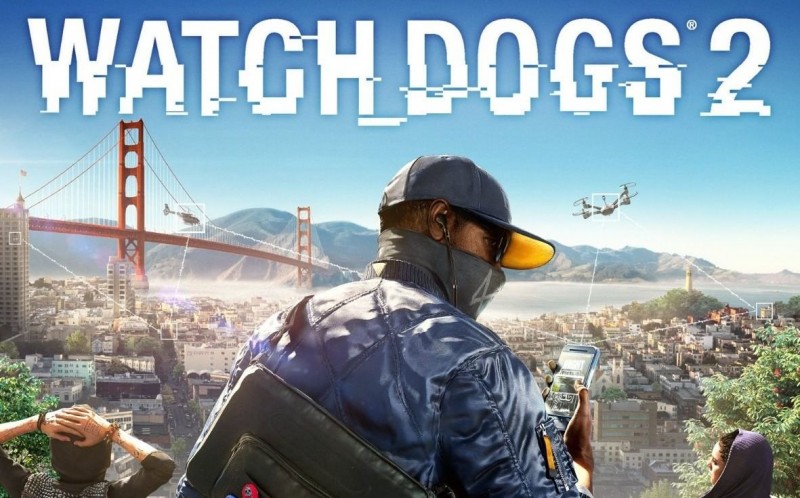 When first playing Ubisoft’s 2014 new IP Watch Dogs, I recall really enjoying the unique gameplay mechanics added through the hacking elements they had introduced to a living, breathing open-world Chicago. In fact, it was the first game I ever achieved a Platinum Trophy for on PS4 by really making sure I completed every little tick on that virtual treasure map. However, the lack of variation in gameplay did soon became evident (being an old school gamer, I guess I am a fan of repetition) and I felt that any future sequel should really be able to capitalize on this by opening up the hacking idea further. So does Watch Dogs 2 deliver on the potential of the original, and did I 100% it? 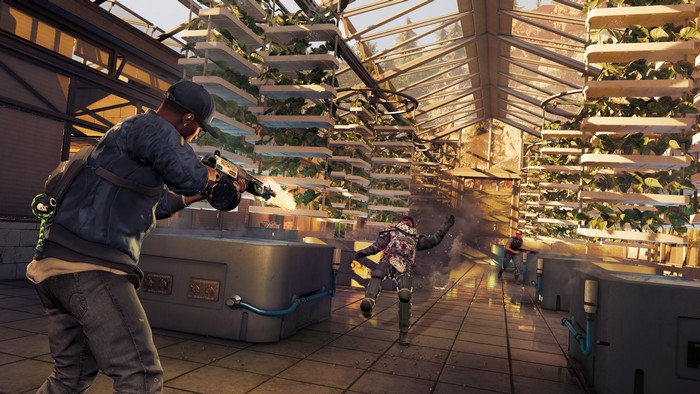 Watch Dogs 2 takes place in a fictional open-world version of the San Francisco Bay Area, stretching across to Oakland, Marin and the rather apt Silicon Valley. You play as Marcus Holloway, a rather stylish millennial hacker who is definitely not a Hipster as he is quick to point out to others through banter in Watch Dogs 2’s opening segments. Thankfully the character is a lot more light-hearted than the first game’s protagonist Aiden Pearce, who was very bland in both his clothing and personality and a pretty unlikable guy all round due to this morals and life choices. The opening sequences show Marcus getting drunk, waking up in bed with hangover next to someone he doesn’t know, and generally running amok through the city, while looking still looking like an Abercrombie and Fitch model. The city itself is extremely colorful and vast with some key San Francisco landmarks left in to add authenticity. Hacking group DedSec soon take a shine to Marcus’s hacking skills and general flamboyance, quickly recruiting him to join their cause to take down the newly launched CtOS 2.0 and its creators Blume. Completing missions and side quests in Watch Dogs 2, attracts more followers to Dedsec and this acts as the Experience Leveling system in the game. As you gain more followers and more money by hacking NPC’s and completing objectives you can soon start unlocking some really unique in-game skills. At DedSecs HQ you can use a 3D printer to create weapons such as Stun-Guns and rifles and even cooler than this is unlocking the abilities to 3D print a RC Jeep and Quadcopter Drone. Immediately you realize you can now reach nearly any part of any open building in the game, by flying the drone up to the roof to steal hard to reach items or guiding the jumper through ducts and vents allowing you to then hack open doors and disengage security systems. These radio controlled buddies soon become essential in completing missions and side quests, or just annoying the hell out of NPC’s. 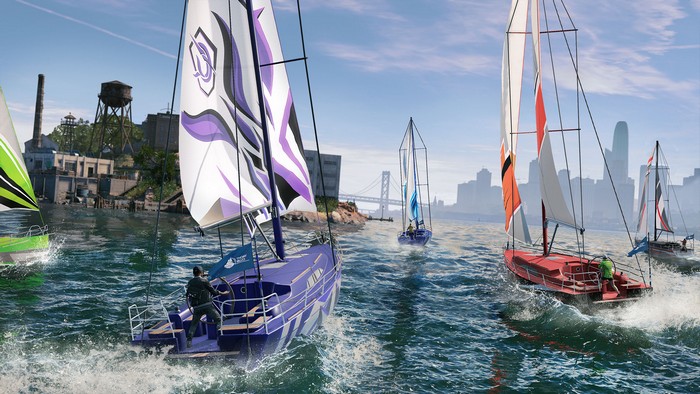 Thankfully there is some real variety in the objectives in Watch Dogs 2. These range from stealing a Knight Rider inspired car from a movie set and escaping police in a high-speed chase, breaking into Blume buildings to acquire data and taking out criminal gang’s hideouts. The side quests allow you to access Driver SF inspired VIP client missions, where you become an Uber-style taxi driver and the Scout-X missions making you search out cool landmarks throughout the map to take selfies in front of. Online Play is still a key element in Watch Dogs 2 and this is blended seamlessly with the Solo Campaign. The Online Invasions have returned, however the advantage is now heavily in favor of the hackee as flying your drone up high allows you to quickly scan the area to find the other player uploading a virus. Bounty Hunter mode encourages you to take out another player while they are being chased by police, earning rewards in the process and Online Co-Op missions have been added, which are separate from the main Solo Campaign but feature many of the same locations and objectives. One of the best new hacking skills added to Watch Dogs 2 is the ability to control other vehicles remotely from your device. A simple tap of the face button in the direction you want the other vehicles to move in will see them racing forward taking out NPC’s or crashing into traffic. The control of this can become more confusing however when taking control of approaching traffic when controls are reversed and looking at the on-screen prompts are often confusing as the arrows dont point in the directions you would always expect. This skill is particularly handy when trying to outrun police as you can move other vehicles out of your way or send them crashing into your pursuers. The vehicle control also extends to hacking cranes, forklifts, helicopters and just about anything else that moves around the city adding a lot more fun when distracting others or reaching higher areas. 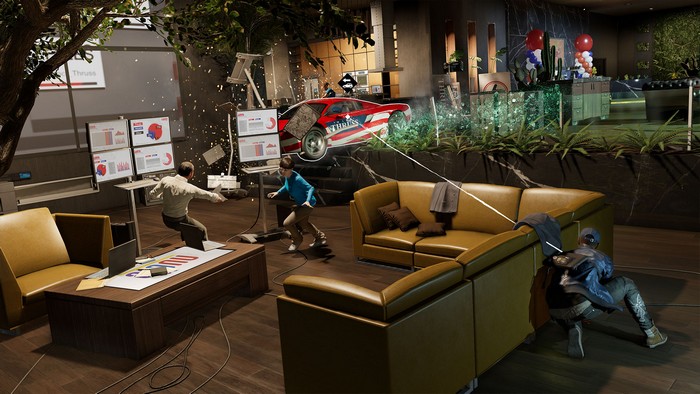 Overall, Watch Dogs 2 improves on the original game in many ways, the driving controls are a lot looser and more responsive, the visuals are brighter and more colorful and most importantly the hacking mechanic has been utilized to allow a lot more freedom in how you want to play the game and generally adds more fun to the whole experience. There is also a solid musical upgrade thanks to a custom soundtrack composed by the excellent Hudson Mohawke. If you are looking for a GTA5 beater, this is not it, but that’s not a bad thing. Watch Dogs 2 immerses you in an extremely unique open world experience and is great fun to play. Now, let me have a look at those achievement points…

This review was based on a retail copy of Watch Dogs 2 for the Xbox One.

We are not many, but we are enough I'm a massive fan of games that draw from the developers' cu[...]