With Lynx Casino you get all the thrills of a real Vegas gambling den in your pocket! Well without actually winning any real money that is. And there we have the main problem with gambling games. For it to be any good it has to have something special to keep you coming back for more. Because let’s face it – the biggest thrill with most of the games played in a real casino is winning some actual money. The only major plus point of the video game equivalent is that you can’t lose any either! That said if you get a casino based title right and you manage add the addictive qualities of the games in question you can get away with it, I myself am quite partial to a bit of blackjack or poker for fun and definitely don’t like gambling any real money! So if you’re like me, then Lynx Casino could be just the game for you. Thankfully Atari’s own casino title does just about achieve the goal in question when it comes to the playability stakes. Lynx Casino has some really nice little features that help set it apart from other home gambling games of the same ilk. In Lynx Casino we have five different games in total to choose from. On offer are craps, slots, blackjack, roulette and, of course, the hugely popular poker. All these games play pretty much perfectly and while some are more fun to play than others (craps definitely lives up to its name!) one of the best things about Lynx Casino is that you can also comlynx up with a friend and play them together. My favourite feature in Lynx Casino though is way it’s all laid out and presented. You actually have a rather dapper character who you can guide around the casino itself looking for the tables and other games to waste his money on. Also dotted around the floor of this gambling palace are a host of other punters that you can actually go up to and talk to! This provides a nice bit of amusement as some of the responses are pretty off the wall. This is a really cool and certainly very original feature that gains Lynx Casino a few extra bonus points. The only slight disappointment I have is that these folk speak you via messages that pop-up on the screen, rather than actual speech, which would have been even cooler.  Each character does have a very distinct personality though and is certainly the kind of person you would expect to find in a real Las Vegas casino! The graphics in Lynx Casino aren’t really anything to write home about but they do their job well enough and help to set the scene perfectly. The sound is pretty decent in the most part with plenty of effects and a few nice tunes to help the game along. I know I said it already, but I do think it would have been really nice if they had at least included a few speech samples, especially as voice was becoming quite standard in Lynx games around this time. If you like gambling, card games or even casino games in general then you will certainly love Lynx Casino. For everyone else this is something you might want to pick up anyway as it’s a perfect handheld game, being one that you can just stick on and play for short periods of time. It’s also worth mentioning there are two versions of the game too, the original and now quite rare Atari release and the not so sought after re-release by Telegames, which comes in an ill-fitting CD jewel case. I guess it all depends on how much of a hardcore collector you are. Now where did I leave my wallet . . . . 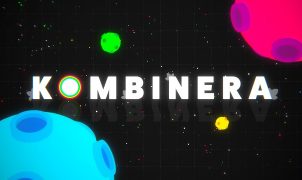 An Old Game for the Modern Audience Fire Emblem Echoes: Shadows of Valentia is the latest in the Fire Emblem series. For those unaware, Fire Emblem is a turn based strategy…