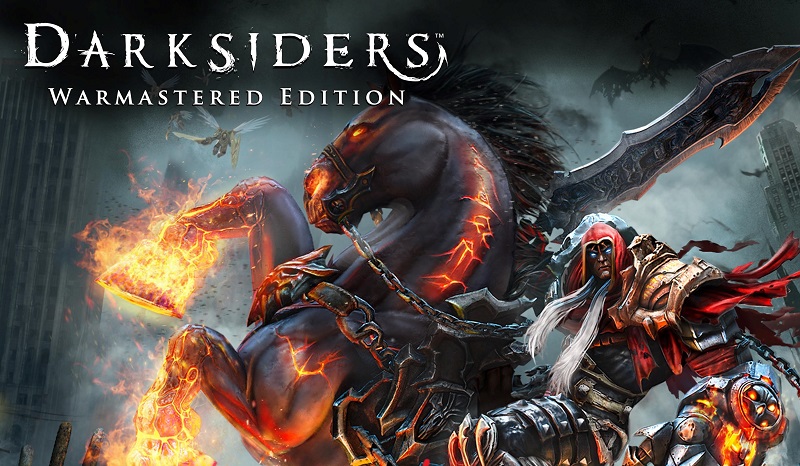 It’s been just over a year since THQ Nordic released Darksiders II: Deathinitive Edition, breathing new life into Vigil Games’ excellent action-adventure title with a fresh coat of paint, improved frame rate, and some extra bells and whistles. While it was a quality update to a solid game, many fans were left wondering if the original Darksiders, widely considered to be the superior title of the pair, would be seeing a similar re-release.

Flash forward a year and publisher THQ Nordic has answered the call with Darksiders Warmastered Edition. An overhauled version of the 2010 original, this remaster delivers the requisite bump in resolution, giving PS4 Pro and PC owners the chance to experience the game’s apocalyptic world in blistering 4K resolution at 60FPS. Sure, Warmastered Edition looks great, but does this purely cosmetic update justify another journey back into Darksiders’ ruined world? 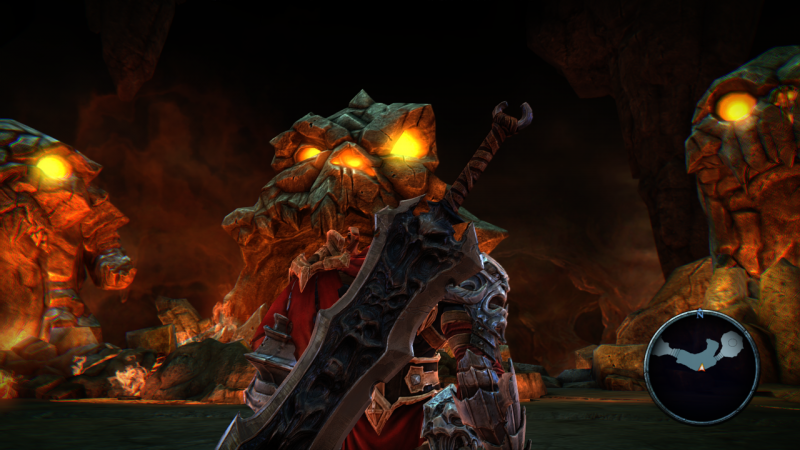 Comic artist Joe Madureira’s dark artistry makes every scene look as if it were lifted off the cover of a Slayer album.

Well, I’d say that depends on just how big of a Darksiders fan you are. The game’s masterful blend of The Legend of Zelda style exploration and dungeons fused with combat that would feel right at home in Devil May Cry or Bayonetta is as satisfying as ever. Laying waste to hordes of demons on foot or on horseback atop your flaming steed in silky smooth 60fps is really a sight to behold, as the action seldom skips a beat with dozens of enemies and particle effects filling the screen. And while you’d expect the engine to be a little creaky by today’s standards considering the original game released over half a decade ago – essentially an eternity ago when it comes to video games – it actually looks pretty stunning still, thanks in no small part to comic book legend Joe Madureira (Uncanny X-Men, Battle Chasers) lending his talents to craft the game’s striking post-apocalyptic world and characters.

For those just arriving at the Darksiders shindig, the game’s story begins after a dark conspiracy causes the battle between Heaven and Hell to spill into the World of Man. Mankind is quickly obliterated in the fighting, and War, one of the four Horsemen of the Apocalypse, is falsely blamed for assisting the demons in their assault on Earth. After a century of imprisonment, War strikes a deal with the Charred Council, a group who oversees the balance of power between the Heavens and Hell, to return to Earth and prove his innocence by killing the demons who’ve made the ruins of humanity their home. 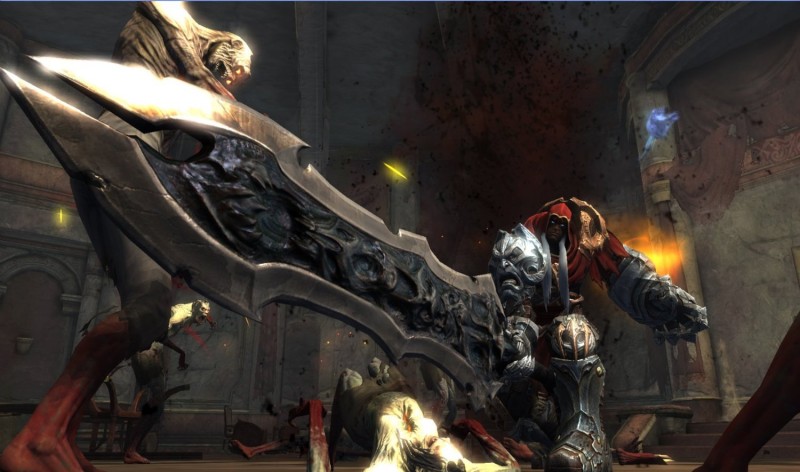 War talks softly and carries a big sword, the Chaoseater.

One of the most impressive things about Darksiders Warmastered Edition is the wealth of tools it puts at the player’s fingertips. Similar to Metroid, players begin the game as an all-hout force of destruction. However, after the opening segment the player is stripped of their considerable powers and must scour the world to rebuild your impressive arsenal. You begin the game with little more than your giant sword, the Chaoseater. However, before long you’ll gain access to a slew of fun tools of destruction such as a ghostly scythe, mighty gauntlet, spinning claive, and even a rapid-fire pistol that would make Devil May Cry’s trench coat-clad anti-hero Dante green with envy.

These Horseman’s tools of the trade are impressive enough on their own, but can also be upgraded by visiting the demon Vulgrim at various shops scattered across the world, allowing you to unlock and enhance dozens of moves for each weapon. These weapons are also slotted, allowing you to insert various enhancements to give your attacks additional status effects and bonuses. Honestly, for a game that could essentially be considered a derivative Zelda clone, at least on the surface, Darksiders Warmastered Edition ends up feeling like a much more personal experience thanks to the considerable customization options it presents the player with. 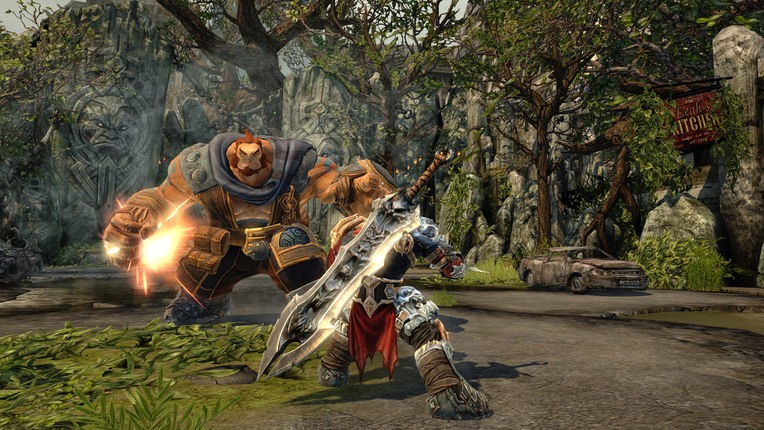 The bump in resolution gives Vigil’s ruined world a new lease on life.

Another thing that keeps Darksiders Warmastered Edition interesting is how frequently developer Vigil Games shakes up the action to keep things fresh. One minute you’ll be scouring the derelict overpasses and building of a ruined city, the next you’ll be sitting atop a griffin as you soar through the skies in an on-rails shooter sequence that would feel right at home in Panzer Dragoon. Other times you’ll ditch your sword and scythe for guns in third-person shooter segments as you beat back waves of attacking demons. The only problem is that while fun, none of these diversions is quite as finely-tuned as the rest of the package. They also tend to go on for a bit too long, eventually wearing out their welcome. Still, you have to give Vigil credit for trying to spice things up, especially when you consider how each dungeon can take several hours to complete.

As I mentioned earlier, Darksiders Warmastered Edition slaps a fresh coat of high definition paint, making it look considerably more polished than the 2010 original. These sharper visuals bring the ruined world to life like never before. And while it doesn’t look quite as good as today’s AAA releases, it’s certainly still a very attractive game with incredibly vibrant art direction. The game runs great, too. For the vast majority of my time with the title it barely dipped below 60fps. However, it did occasionally start to chug, but only during extended play sessions. And simply closing and restarting the game always resolved the issue.

Darksiders is no slouch in the audio department, either. The game’s soundtrack is stunning and varied, and each track fits the action as perfectly as War’s mighty iron gauntlets. As great as the music is, the pool of voice talent is even more impressive. Mark Hamill voices the Watcher, War’s spectral sidekick, and he’s simply fantastic – even if his performance is a little too close to his Joker persona from Batman: The Animated Series and the Arkham games. Additionally, Phil LaMarr (Bojack Horseman, Futurama) voices the shrewd demon Vulgrim, and his performance is just as impressive as you’d expect.

So, should you add Darksiders Warmastered Edition to your collection? That depends. The enhancements over the 2010 release are purely cosmetic, which could make the game a bit of a hard sell for those who already had their fill of War in the last console generation. Still, when you consider the game’s $20 price tag it’s hard to argue with what you’re getting here. THQ Nordic set out to release a visually enhanced version of the original that plays like a dream. And to that end, they succeeded with flying colors.

Without question, Darksiders is still one of the best Zelda clones around. That said, if you’re a fan of action-RPGs who has yet to dive into the series, there’s no better time than now to see what it’s all about.

Editor’s Note: This review is based on an Xbox One copy of Darksiders: Warmastered Edition provided by the publisher. 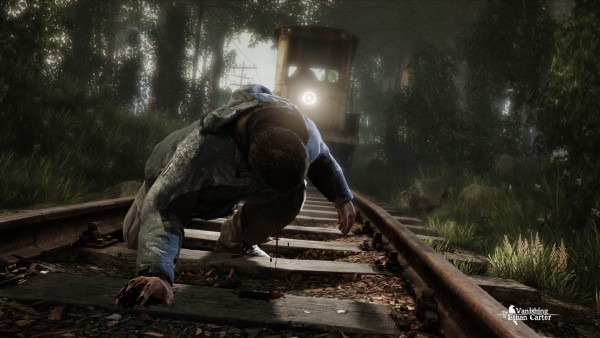