I Wanted An Assignment, And For My Sins They Gave Me One Potato Thriller: Steamed Potato Edition opens with five minutes of staring at a radio.  As you do so, “Newz Guy One” and “Newz Guy Two” – clearly one man doing two voices through a headset mic with no pop filter – talk to you about a killer known as “The Potato Man”, delivering the dialogue with all the confidence and charisma of a cardboard cutout of Newt Gingrich.  The subtitles for this conversation are littered with typos.  This scene perfectly sets up what kind of an experience the rest of the game will be – a shit one.

Potato Thriller is a perfect example of exactly what’s wrong with Valve’s hands-off approach to quality control on Steam Greenlight.  It’s a buggy, unpleasant piece of unfunny garbage that knows it’s buggy and unpleasant – it even has the gall to claim on its Steam page that being “a satire” (of what, exactly?) makes it immune to criticism.  Well, guess what, Black Shell Media.  I just had to play through the horrible mess you vomited onto Steam in its entirety.  And I’ve got some serious criticism for you. 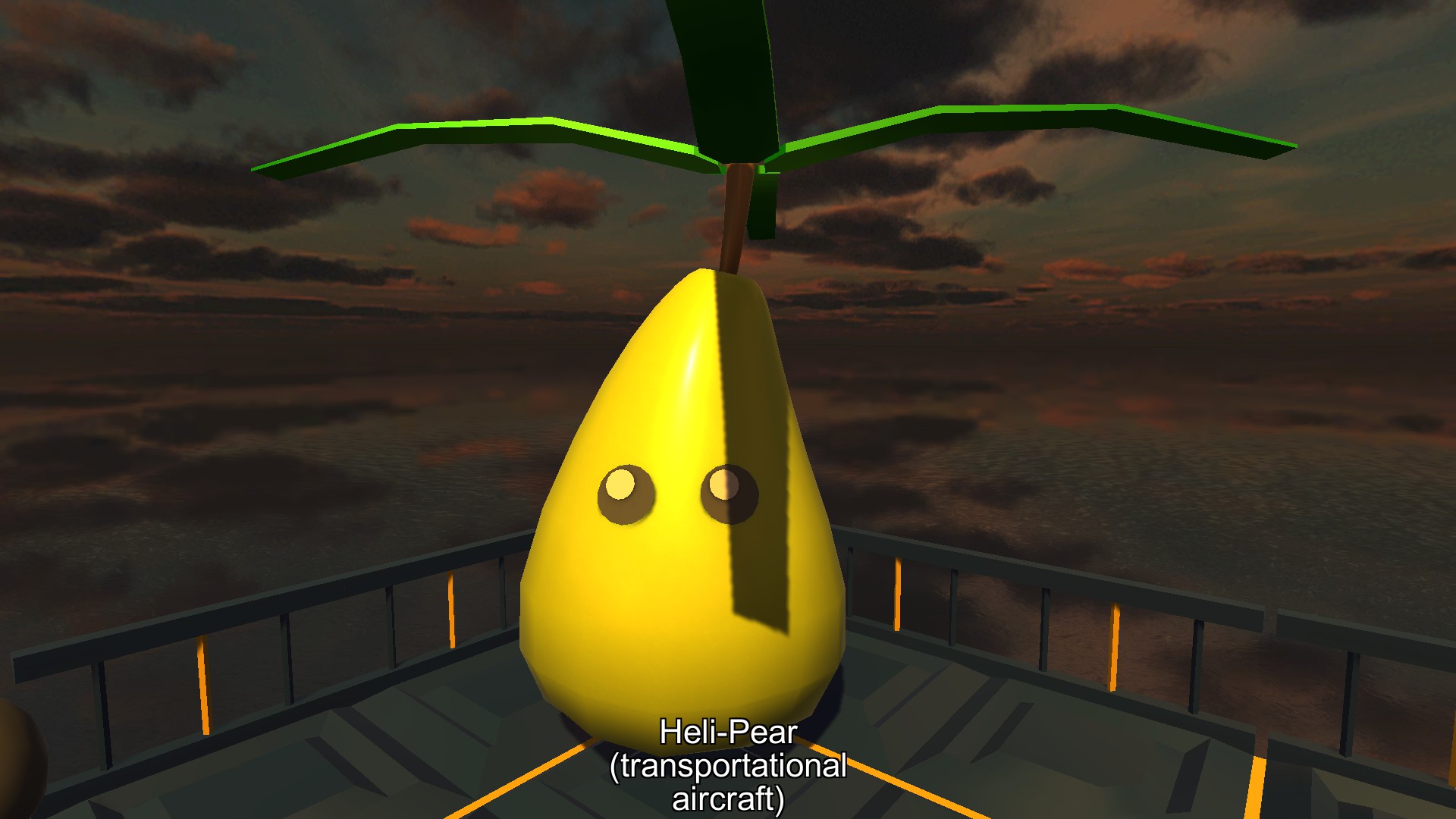 Potato Thriller is ostensibly a parody of/tribute to (the advertising material doesn’t seem quite sure) 2014’s P.T., the horror game experience by Hideo Kojima and Guillermo del Toro.  The big joke being that “P.T.” could actually stand for “Potato Thriller”.  It doesn’t, by the way – it stood for “Playable Teaser”, and also that was two years ago, and also comparing Kojima and del Toro’s masterpiece of mental anguish to this absolute tire fire of an entertainment product should be a punishable offense.  The beginning of the game recreates P.T.‘s single hallway in ugly-looking Unity assets (which often clip through each other, or remain visible even if they’re on the other side of the wall) and copies several of its most memorable moments – the looping gameplay that ends with the player using only a flashlight for light, finally becoming able to enter the bathroom and finding a terrifying fetus (only it’s a plunger, ha-ha), and even having to restart the game after hearing a set of numbers.

This is the best part of the game, as much as any part of Potato Thriller could be called “good” or “a game”.  After this the game becomes a series of bizarre minigames, some of which are also copying other good games (like Frogger) and some of which appear to be just completely nonsensical.  These are even less charming than the base game (if only because the P.T. formula is good enough to carry even an idea as bad as this one) and even more unplayable, whether through glitches or through unclear objectives.  There’s also a game mode called “Fry Basket”, where you play similarly mind-numbing minigames 10 times on the same map to unlock painfully unfunny backstory about the Potato Man. 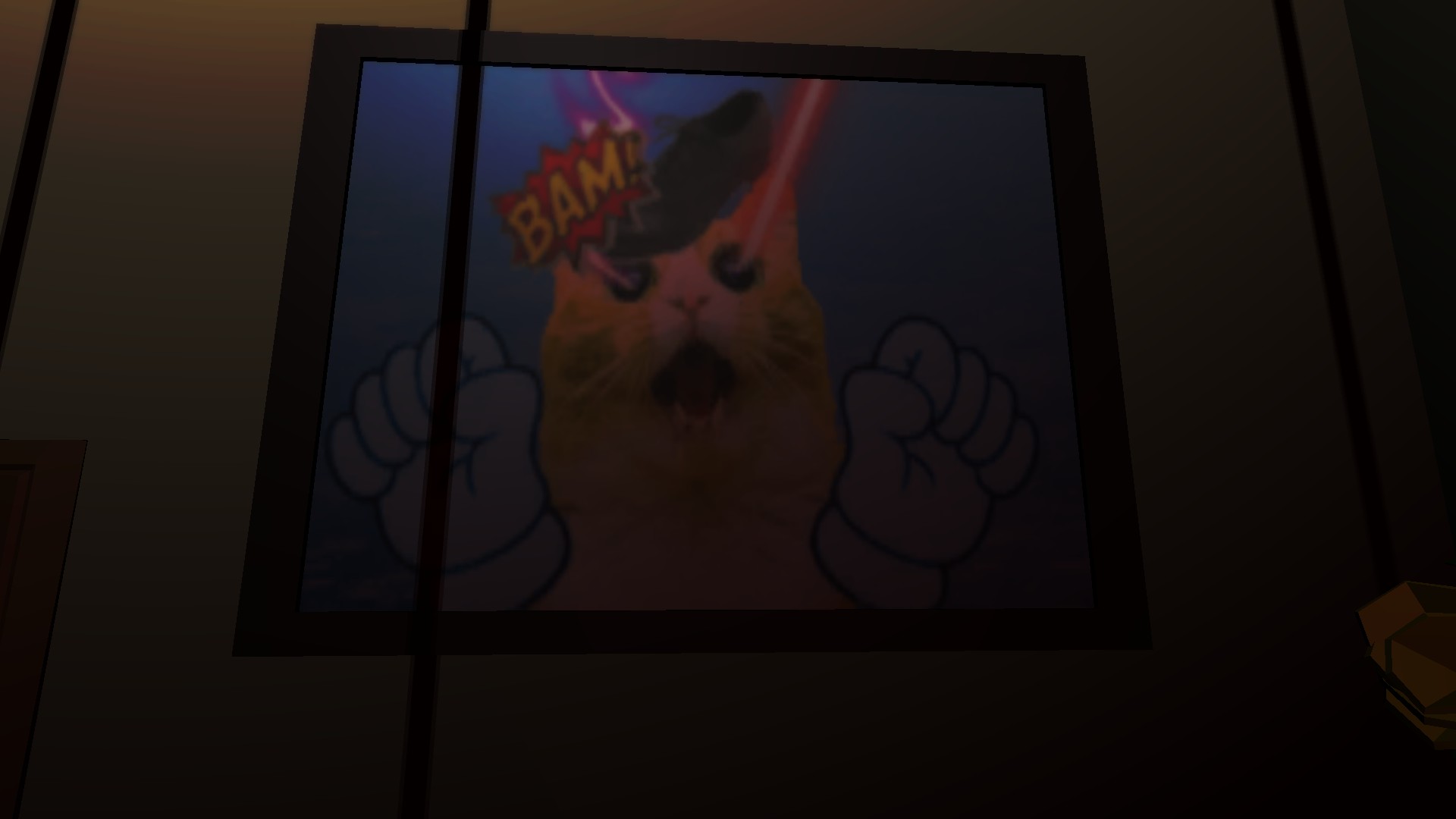 The game claims to be funny, and it isn’t.  Most of the humor is exemplified by the picture above – “random” humor reminiscent of early Internet memes. There’s a trick to good surreal humor, an art to it, one which the creators of Potato Thriller absolutely have not mastered, instead content simply to spout gibberish at the player and hope there might be a joke in there, like a lengthy, immediately-forgotten cutscene about a bounty hunter, his robot son, and their flying pear. Even if there was a funny joke in the game’s script, it would be absolutely sold short by the delivery of the voice actors, of which there are two: a text-to-speech program and the aforementioned (as far as I can tell uncredited) man who delivers everything  in monotone, desperately trying to squeeze humor out of the types of funny voices you might find funny if you were six years old, very drunk, or had suffered multiple traumatic brain injuries.

A good parody is one which is also a good example of the thing it’s parodying.  Spy, for example, is both a really funny parody of modern spy films and a really excellent spy film.  Potato Thriller, on the other hand, is one of those unfortunate experiences that is content to just be terrible and pretend that constantly pointing out how terrible it is will make it not-terrible. I agree with you, Potato Thriller – bad horror games’ tendency to rely on loud noises and monsters appearing from nowhere over actual atmosphere isn’t great game design.  But you’re also just making loud noises at me.

And what’s more, I’m not sure P.T. is something that can be effectively parodied, at least not in the mocking way this game attempts. The game makes a lot of jokes about its “GHOST BOY”, as though the presence of a ghost child is something inherently stupid and funny to make fun of, but P.T.‘s ghost girl, Lisa, was a brilliant and memorable horror antagonist who got a lot of praise for her design, so I’m not sure what point Potato Thriller‘s trying to make. 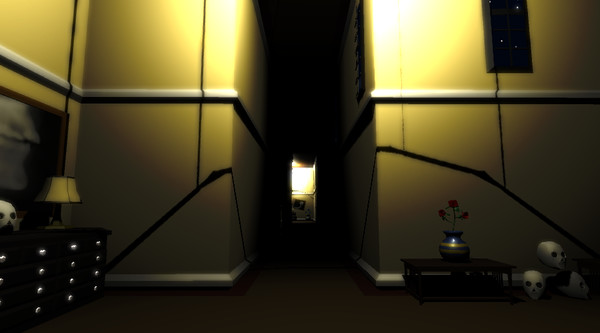 The game claims to be scary, and it isn’t. Credit where credit is due – the misshapen Potato Man, one of the few original assets, is just uncanny valley enough to be unsettling in the dark, but not in the light, which is where it mostly seems to attack you. And any chance of evoking fear the game might have had is further undone by the “Fry Basket” mode, where we learn that the Potato Man talks in the same “funny” voice as everyone else and runs around the park trying to pick up girls. No matter what the trailer claims, the game is more interested in making a joke than any real attempt at horror, and the jokes, as mentioned before, are so viscerally unfunny that I think my face is stuck in a permanent cringe.

What little atmosphere the game has is further undermined by how buggy it is. I’ve mentioned this several times already, but it really cannot be overstated how poorly Potato Thriller is put together.  From misaligned textures to “cracks in the wall” that are clearly drawn on, ragdoll doors to bathtubs you can clip right through, nothing in this game works like it should. And again, the developers know it – one loading screen shows a message explaining that if it seems like the game has crashed, it’s actually just taking an incredibly long time to load, something I experienced a lot. Even the first-person walking animation – something we’ve had pretty much down since the early 90s – was jittery and jumpy and made me genuinely motion sick. What kind of game can’t even get walking right? 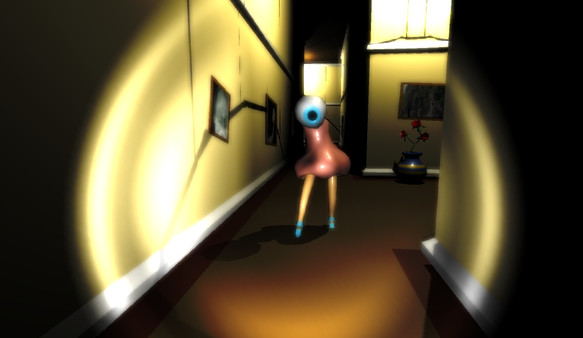 I’m angry that I had to play this game.  I’m angry that I’ve written more than a thousand words about whether or not you should buy it when it only deserves two: “HELL NO”. Most of all, I’m angry that Steam is allowing this game to be sold as an actual product on its storefront. The game’s crap, and it knows it’s crap, with a store page that makes sure you know “this is not the greatest horror game in the world” and asks you to “please don’t take it too seriously”.  It’s blatant YouTube bait of the worst kind, even featuring the portrait of a famous YouTuber, I won’t say who, in the game’s first level, which screams if you get too close to it. It’s unrepentant garbage that knows it can get away with being garbage because Valve doesn’t care so long as they’re getting a cut of the profits.

Potato Thriller is an insult to the medium of videogames. I would rather remove my own toenails with a spoon than even think about playing it again. Your three dollars would be better spent if you flushed them down the nearest toilet.

Full disclosure: This review is based on a review copy of Potato Thriller given to HeyPoorPlayer by the publisher. 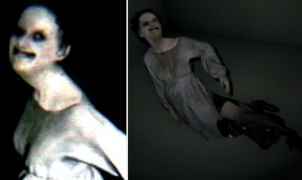