An MMORPG experience for the rest of us 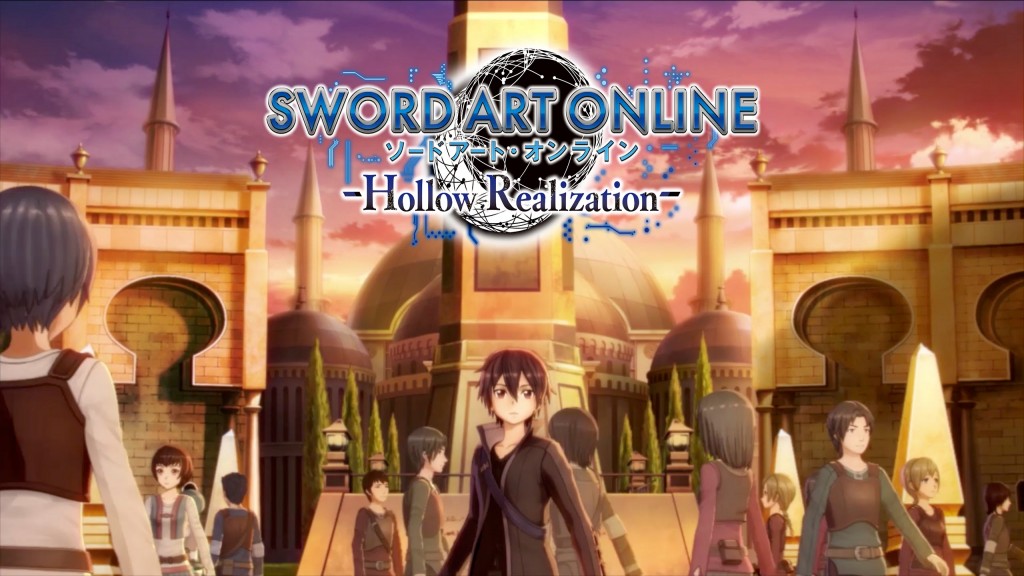 Playing an MMORPG sure does take a lot of dedication. While most games have definite beginnings and endings this particular genre of game is set up to be played, well, forever. I’m not talking about the Animal Crossing kind of “forever” either, where you can hop back on after 6 months and have everything be hunky-dory (except for that hair, go to Shampoodle already). Missing an extended amount of time in an MMO is a big deal forhardcore players because it’s essentially like missing time out of your own life due to the fact that the game progress with or without you. Throw in the fact that a majority of players end up making at least a few friends while playing, and it’s almost like playing an MMO, and I mean really playing one, is like having a second life. Does that description match any of you out there? If it does you’re probably not even reading this because you’re too busy playing said MMORPG (and kudos to you for doing what you love), but for the rest of you I’d like to present Sword Art Online: Hollow Realization!

As most of you have probably figured out, Sword Art Online: Hollow Realization is a game set in the universe of the highly-popular Sword Art Online – a series about a Virtual Reality MMORPG aptly named Sword Art Online –that fully immerses players into the game by utilizing special equipment. What some of you may not know, however, is that this game takes place within a different universe (fun)! Rather than following the original storyline set by the light novel, Hollow Realization follows the timeline that began in the game Sword Art Online: Hollow Fragment. Hollow Fragment is a totally different game so I won’t get into it, but the long-and-short of its story was that protagonist Kirito (along with plenty of other people) were literally trapped within the VRMMORPG Sword Art Online. Forcibly removing a player from the game via disconnecting their attached peripherals would instantly kill them in real life, as would dying in-game. The only way to rescue everyone was to climb all 100 floors of the tower known as Aincrad and defeat the final boss, which (spoiler alert, I guess!) Kirito & co. did. 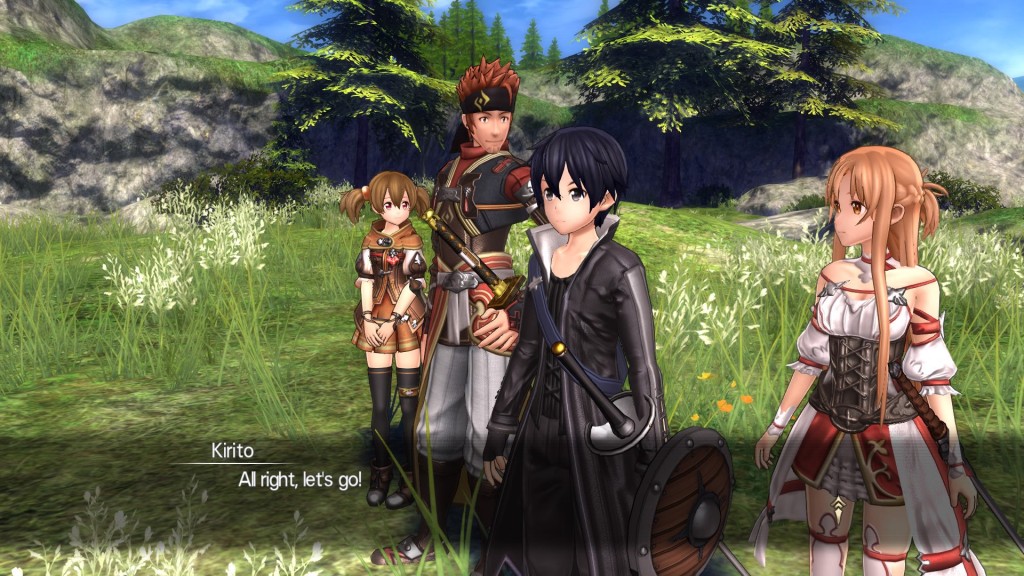 Despite nearly dying several times Kirito and his harem friends can’t get enough of the VRMMORPG life and end up getting the chance to test the Beta for the latest MMO, Sword Art: Origins. Featuring new VR hardware, a new focus on player safety, and a whole new world to explore, Origins promises players bigger and better gameplay while delivering a worry-free gaming experience. Of course, things are never that easy when you’re the protagonist.

Upon first logging on, Kirito immediately locks eyes with a mysterious AI girl who mouths something before disappearing into a crowd of players. Before he can even begin to make sense of just who, or what, the AI girl was, Kirito receives a message from a user named “C” that simply reads “I’m back to Aincrad” (which is pretty cryptic, wonky-sounding grammar aside).  From there things only go from bad to worse when NPCs begin disappearing with no clear reason (at least, not initially).  The story of Hollow Realization ended up being a lot more solid than I had originally expected  – focusing on such topics as human-AI relationships and what truly makes us human – but I can tell you that you’re not going to be getting a ton of story at once. Why is that? Simple; this game is based on an MMORPG. 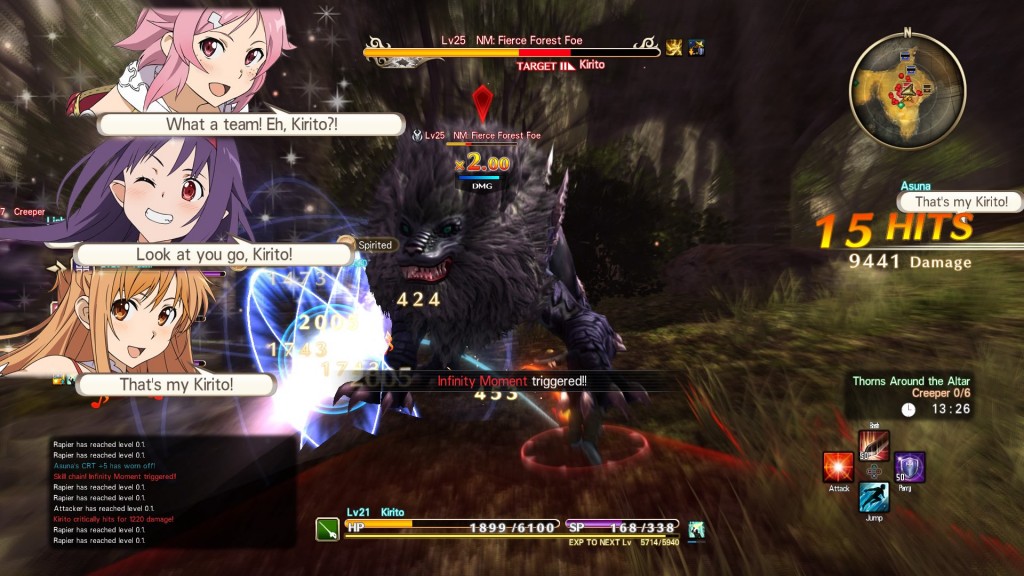 Sword Art Online: Hollow Realization is based on an MMORPG, and MMORPGs are all about pacing – slow pacing, that is. Because of that, players can expect Hollow Realization to be a bit of a (literal) grind. Most of the gameplay is centered around exploration of large areas, and combat. While exploration is necessary in order to progress the game, Hollow Realization knows that players can’t resist going off the beaten path as much as possible and caters to that quite heavily. I found it difficult, nay impossible, to ever go exactly where I was supposed to upon entering a new area due to the sheer volume of optional quests, items, and enemies presented to me. Fun though it may be, exploration in Hollow Realization may not be for everyone. When I say that there is a lot of exploration, I mean it. For people not used to playing games with expansive, rolling landscapes (such as Xenoblade Chronicles) it can be a bit intimidating to take everything in. What this also means is that, unless you’re laser-focused, you can expect story pacing to be somewhat on the slow side. Even then, I would assume that those who do rush will most likely end up having to go back to grind for EXP and better equipment (which is fun for most of us anyway).

Do you like your VRMMORPG-based RPGs to have a lot of combat? Hopefully you do, because you’ll be fighting a whole lot! Hollow Realization features real-time combat with a notable emphasis on timing and cooperation with your fellow party members. Though essentially hack-and-slash, Hollow Realization’s combat ends up having a surprising amount of depth to it, allowing for players to set up over a dozen shortcuts for skills, and grants them access to a large customizable skill command prompt that can be used freely. Players are also able to communicate with and encourage their AI-controlled party members during battle. Not only does this communication allow for more efficient battle strategies, but also permanently molds AI behavior in order to suit the fighting style of the player. I feel as though there still aren’t enough games including “teachable” AI, and I was incredibly impressed with the fact that Hollow Realization found a way to do so. 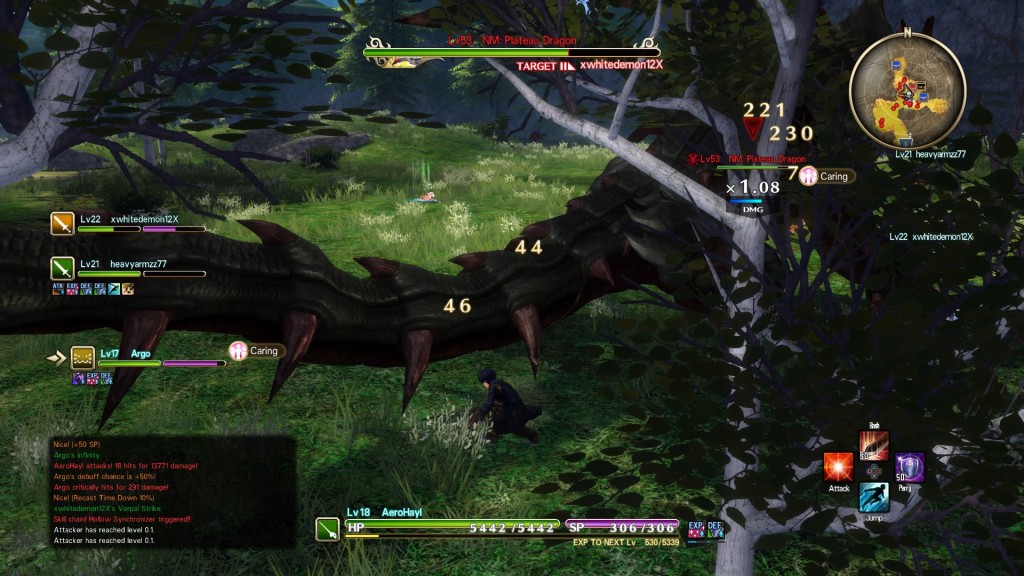 Sword Art Online: Hollow Realization also features multiplayer functionality; finally, you can play a multiplayer version of a single-player version of an MMORPG! Players can form parties of up to four (who can each bring a CPU ally for a total of 8) and venture out into the world of Sword Art: Origins. Previous joking aside, Hollow Realization’s multiplayer mode ended up being incredibly enjoyable, and actually provided a relatively realistic MMO experience. My only real complaint was that the game seemed to pair players up without taking levels into consideration. While I did have a lot of fun, the fact that I was constantly paired with higher-level players meant that I never ended up being the MVP of the party. More than anything I just felt badly for them. Player skill can only get you so far in this game; having a lower level and worse equipment meant that I took home the award for “Most Times Revived” pretty consistently. That’s probably my fault for jumping into things headfirst though, isn’t it?

Sword Art Online: Hollow Realization also has… wait for it… dating sim mechanics! No, really, it does. This game features over 300 potential party members, and players can pretty much flirt with every single one of them – including NPCs. It isn’t the most… necessary mechanic for an RPG, but it ended up being pretty amusing nonetheless. By talking to and spending time with the waifu or husbando of their choice (or all 300+ of them, if you’re ambitious), players can end up developing rather intimate relationships. These developed relationships with others can lead to several different things such as a (limited) improvement in combat efficiency, special events, and, if you really play your cards right, the ability to literally bridal carry them to your bed. MMOs sure are wild these days, huh? 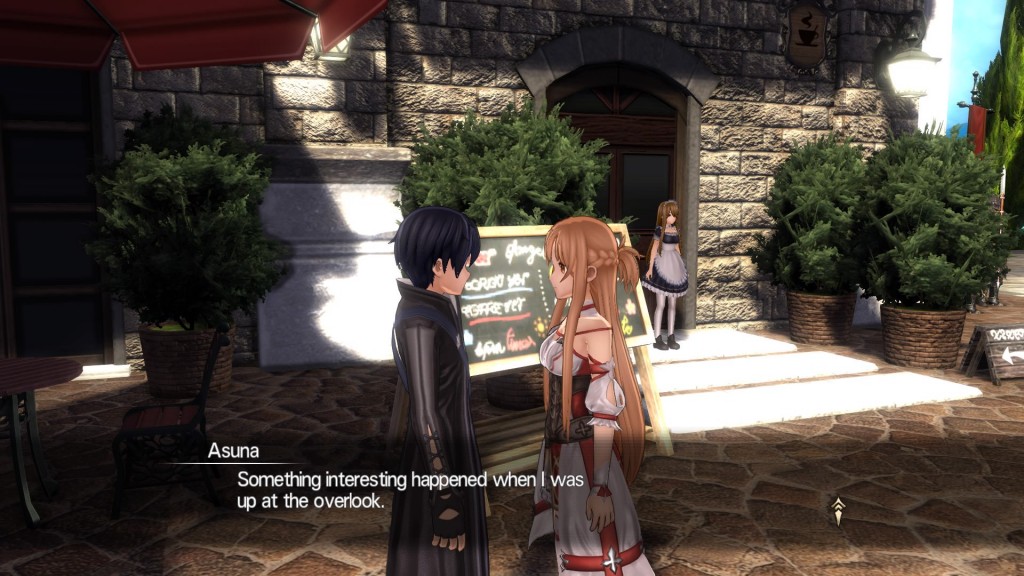 I’ve got to hand it to Sword Art Online: Hollow Realization when it comes to graphics. They really did a great job. Abandoning the less-detailed style that many 3D anime-style games use, Hollow Realization created a breathtaking world full of scenery evenly-mixed between real-life and fantasy realm settings that manages to blend in well with the characters of the game despite their traditionally anime appearance. Character clothing and armor was also textured with a noticeable amount of detail which, for a game such as this, is surprising. Considering how big most of the areas are I expected a drop in graphical quality at some point or another, but I’m proud to say that that never happened. If anything, things got better-looking the further you went in.

The music wasn’t quite on-par with the graphics, but it certainly was still enjoyable. The vibe that I ultimately ended up getting from the soundtrack was that it was supposed to be background music for an MMO as opposed to background music for a single-player RPG. That’s probably a pretty obvious statement, but it’s a fact that has the potential to be overlooked regardless. 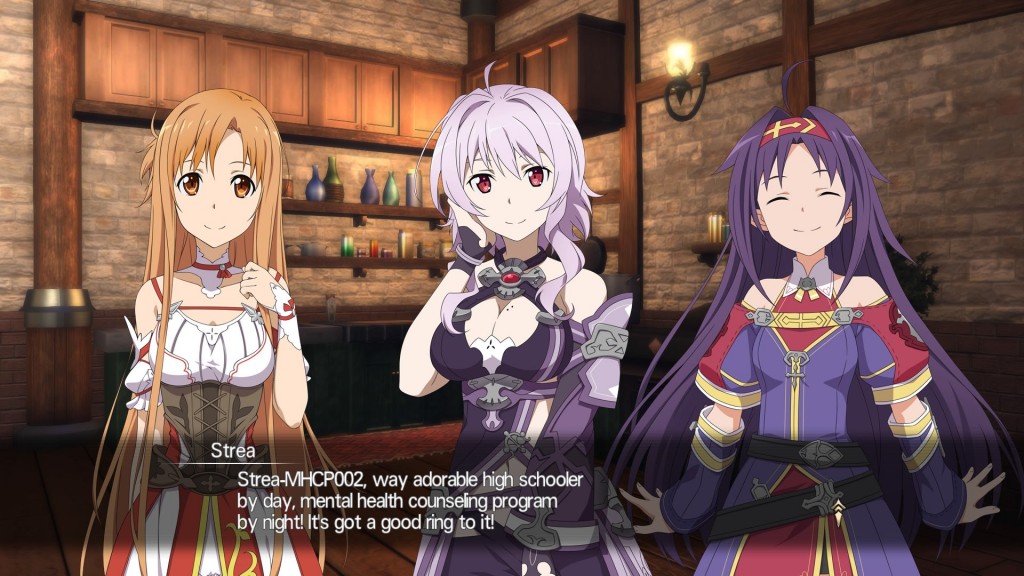 Full Disclosure: This review was based on a PlayStation 4 review copy of Sword Art Online: Hollow Realization provided by the publisher. 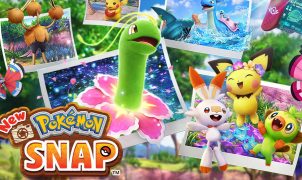 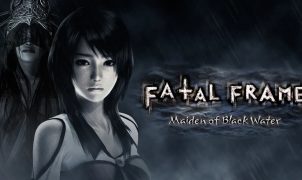 Maiden of Black Water Terrifies Us This October