Epic’s MOBA Paragon gets a new hero today in the form of Crunch. A Melee character,  Crunch has no issues with getting his canned ham-sized fists dirty. He slugs his way into the arena with a unique combo system and abilities that will allow players to fluidly chain together a hard-hitting string of punishing blows.

Check out Crunch’s character trailer, along with a breakdown of his abilities below:

Paragon is currently in open beta as a free download for PC and PlayStation 4. For more details on the game, you can find visit Paragon.com. 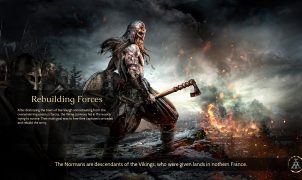 Explore Europe the Old Fashioned Way!   I’ve played so many games already this year about mental health or games that make you look for a deeper meaning, and…