Ink is thicker than water Have you ever had a pen-pal before? I’m sure most of you haven’t; it’s a rather antiquated practice in today’s society. I actually did have a pen-pal at one time. It was way back in Elementary School; everyone in my class was given the opportunity to write to someone overseas (I want to say that the letters were going to the UK), and those participating would receive a letter in return. I’ll be honest with you; I don’t remember what I wrote, and I don’t remember what was written back to me. What I do remember, however, was the feeling of getting a letter back. Being able to write a letter to someone so far away and hear back from them was amazing. Today’s technology makes it easy to communicate with people from all over the world quickly, but if you ask me there’s still something special about actually receiving a hand-written letter from someone. Of course, there are two sides to every story. Having a pen-pal can be a unique and enjoyable experience, but you always run the risk of developing relationship with someone only to find out that they aren’t quite who they seem. While this practice is much more commonplace today thanks to the internet, that kind of betrayal wasn’t something people thought about back then – and it is that very betrayal that Root Letter is centered around.

Root Letter is a visual novel centered around Takayuki Nakamura, a 33-year-old from Tokyo. That sounds incredibly average, I know, but stick with me – it gets more interesting. You see, way back when Takayuki was in high school he had a pen-pal – a girl named Aya Fumino. All throughout high school Takayuki and Aya would write to one another, but it wasn’t meant to last. Aya suddenly stopped writing to Takayuki. Frustrated and unable to get any sort of explanation about what was happening, Takayuki eventually gave up on trying to reach her (poor guy). Now let’s cut back to the present – Takayuki’s all grown up, and has (probably) forgotten about Aya for the most part. As Takayuki is going through some of his things – and giving the player a bit of exposition – he comes across an unmarked, unopen letter… from none other than Aya Fumino herself. Eagerly opening the letter up, Takayuki’s excitement soon turns to fear and confusion upon reading it:

“I killed someone. I must atone for my sins. We won’t speak again. Farewell.”

Not surprisingly, Takayuki’s head becomes flooded with questions. Determined to have those questions and solve the mystery behind Aya’s disappearance, Takayuki sets off to Matsue, Shimane Prefecture – Aya’s hometown –in order to uncover the truth (he must have a really flexible job to be able to do that). In terms of gameplay Root Letter is a visual novel, but a bit more than that at the same time. Story progression essentially takes place the way it would with any visual novel (which would be through reading), but attempts to mix things up a little bit. Rather than limiting player input to little more than hitting the “next” button during a conversation (so… for the entirety of the game) Root Letter has players perform various actions in order to progress the story. As they venture through Shimane Prefecture, it will be up to players to select destinations, observe their surroundings, and collect clues – the way it’s set up is really cool at first glance. While I definitely enjoy visual novels, it can sometimes get a little tiresome when all you’re doing is reading on-screen text for 5 hours straight. Adding this kind of interaction is a great step forward and can really do a great deal for player immersion. Unfortunately, it didn’t have quite as much impact as I had hoped.

The ability to explore, use items, and initiate conversations is great, but only when there’s an actual challenge present. When I first began to get accustomed to the higher level of player interaction present within Root Letter I was quite vigilant; I didn’t want to miss anything or anyone. As I played onward however, I started to notice that this was less actual gameplay and more the illusion of gameplay. It didn’t really matter if I didn’t catch something because the game would essentially tell me “hey buddy, you’ve still got more to do here.” There was always one right answer, and the game wouldn’t let you progress without said answer. With Root Letter being a visual novel and all I didn’t expect a great deal of difficulty from it (that would be kind of weird, actually), but I don’t like that I felt tricked when it came to the gameplay. If I have to search for things, make some of them mis-sable, or give me a limited amount of time – something to actually initiate a sense of urgency. Let’s move on over to the story and characters of Root Letter (because those are pretty important). Root Letter’s entire motif is a pretty big contradiction from most visual novels due to the fact that it’s, well, normal. There is no time travel, there are no monsters, and there is no harem of anime girls; Root Letter is simply a story about a man trying to get to root (heh) of a problem that has been bothering him for years – and I like that. While I generally enjoy playing games filled with all sorts of nonrealistic craziness, it’s really nice to see that a video game can have a story that is both good and believable. It wasn’t without fault, though.

I know that this game has several different endings, but the ending that I got seemed to fall flat on its face. The game essentially told me that “that wasn’t the whole story”, and that’s fine – I like games with replayability – but I might I might as well have gotten a screen that said “BAD END” (assuming it was a bad ending) after the final cutscene. It did make me want to play it again in order to find out what actually happened, but it came across like it was trying to artificially inflate the gameplay a bit too hard. I definitely can’t complain when it comes to Root Letter’s characters. Each of Aya’s seven classmates has a pleasing amount of depth and backstory to them that makes them stand out from one another quite clearly. One thing that I really appreciated about Root Letter’s cast was how they ended up becoming “de-archetyped”. When Aya initially talks about her friends in her letters, they’re all incredibly stereotypical. From the smart nerdy kid to the haughty fashionista (I’ve withheld their names on purpose), there’s a very clean-cut category for every character. As you meet the cast however, you become aware that they are not what they once were. Sure they still have traces of their high school personalities (who doesn’t?), but they’re all in their 30s, now – they’re more well-rounded. I think that this kind of character development is not only unique, but also serves commentary on how our more “extreme” characteristics tend to mellow out as we mature. Well, maybe not every extreme characteristic. All of Aya’s former classmates get really sketchy when you bring her up in conversation. Fortunately, you have ways of making them talk.

Contrary to the “illusion of gameplay” that I had touched upon before, is the actual gameplay that occurs whenever you’re investigating one of Aya’s former classmates. These investigations are different from normal dialogue cutscenes because they very heavily rely upon player input. In a style that feels less visual novel and more like something out of an Ace Attorney game, players have a limited number of chances to obtain information from the classmate under investigation by carefully picking dialogue choices and using items at the right time. The investigations are incredibly high-energy – almost to the point of being cheesy – but I would be lying if I said that I didn’t get hyped each time I entered a new investigation portion. Root Letter’s artwork is gorgeous; plain and simple. With scenery and locations inspired by the real-life Shimane Prefecture, Root Letter does an incredible job of paying homage to its real-life counterpart. Character designs are equally appealing, and display a wide variety of emotion and personality with their varying stances and postures.

Does it bother you when one song plays over and over again? If you said “no”, then you won’t have any problem with Root Letter’s soundtrack. With a number of tracks that I could most likely count on one hand, Root Letter’s music is anything but diverse. Don’t get me wrong, there’s nothing bad about the music itself (it’s actually quite nice), but it becomes pretty obvious that someone hit the “repeat” button one too may times.

Root Letter wasn’t the most mind-blowing experience that I’ve ever had with a visual novel, but it was definitely solid overall. If you’re looking for something super-exciting, this game might not be the one for you. If, however, you want an enjoyable story with a great setting, solid cast of characters, and an amount of intrigue that is neither too heavy nor too light than I would definitely check this one out.

Full Disclosure: This review was based on a PlayStation 4 review copy of Root Letter provided by the publisher. 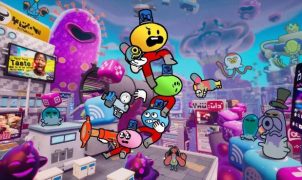 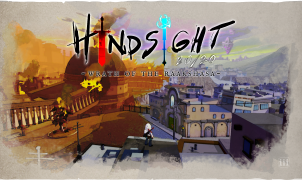