Hey Poor Podcast Episode 74: Everybody’s a Nerd For Something

“I Am The One Who Crowbars” It’s kind of a loosey-goosey episode this week, since there’s only two of us and we had to go a little off-book in order to fill the time.  But it’s all the better for it, because if there’s any duo you can trust to be funny enough and opinionated enough to carry the show by themselves, it’s I “The Next Anita Sarkeesian” Coleman and Bethany “The Dirtiest” Meadows.  Gather round the podcast trashcan fire as we discuss films, games, sports, I’s new status as a card-carrying SJW (according to YouTube commenters), and how much better Half Life would be if its protagonist was Walter White.  It’s a fun, lighthearted show for fun, lighthearted people.

Games of the Week: Destroy All Humans, Dragon Age: Inquisition, tabletop roleplaying games, the new protagonist of Half Life 3, Inside, Battleborn and Overwatch, Grand Old Academy

Audience Questions: making one change to the gaming industry, the future of virtual reality, favorite films

‘Destroy All Humans!’ Invades Consoles And PC This Summer 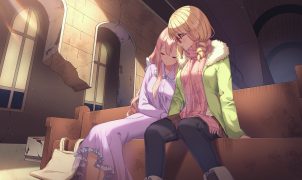 Heart of the Woods Review (PC)

A Magical Experience     My experience with visual novels has certainly been interesting. Stemming entirely from my time as a video game reviewer, my first-ever VN experience plopped…