I love pinball based video games, in fact I utterly adore them. The first one I ever played was a budget title for the ZX Spectrum called Advanced Pinball Simulator. Created by the legendary Oliver Twins (of Dizzy fame) it was a budget game by Codemasters, so only cost me £2. Despite only having one table it really couldn’t have been more than a bargain and from here I was hooked. On every platform I have owned over the 20+ years I’ve been gaming I have made a beeline for the pinball games as soon as I’ve seen them and the Sega Saturn is no exception. Thankfully the good old Saturn has more than its fair share of them too; Pro Pinball, Tilt, Pinball Graffiti, True Pinball, Fantastic Pinball and of course this one Digital Pinball. Out of all the pinball games released for the Saturn has to be my favourite. Comprising of four different tables, each with their own theme, it was also known under the title Last Gladiators (which is also the name of one of the tables) in North America. A Japan only sequel called Digital Pinball: The Necronomicon was released a year after and is of equally high quality. Developers KAZe also produced an updated version of this game known as Digital Pinball: Last Gladiators Ver.9.7 (catchy name huh?) which featured some minor improvements but was never released outside of Japan and is now pretty hard to find. In this review I will take you on a journey through all four tables, tell what each one is about and then sum up the overall package. So let’s get flipping on with it! First up there is Gladiators, themed around Roman times, this is by far the best of the tables as it’s the most balanced and also the most fun. All the challenges here revolve around the violent sports of the time including chariot races, gladiator battles and politics! The particular highlight here is the speech samples – a big booming Roman sounding voice bellows out orders and commands over the top of the already noisy rock soundtrack. Next up in Digital Pinball is Knight of the Roses, set in the 16th century where chivalry will help you save the kingdom. Think King Arthur meets pinball as this is all about brave knights and damsels in distress. I found this table to be fairly unexciting compared to Gladiators, the worst feature is that the gap between the paddles is far too large. It’s not a bad table, it’s just that it doesn’t live up to the majesty of the first table. The third table in Digital Pinball is Dragon Showdown. It’s safe to say that 17th century Japan was not a pleasant place to be with all the feuding warlords constantly attacking each other. So you would expect this table to be pretty action packed, right? Well no, it’s easily the weakest of the bunch with boring features and rubbish ramps that your ball often gets stuck in! Lastly on Digital Pinball we have Warlock, judgement day is here and it’s up to you to prevent the end of the world. This table is a return to form and while it’s not quite as great as Gladiators it easily takes the runner up spot. I particularly liked the dark brooding theme of this table and the appropriate music to go with it. So all in all you have one amazing table, one great one, one pretty average one and another that should just be forgotten about totally. But the game is much greater than the sum of it’s parts, Gladiators is so good that it’s worth having just on its own. Digital Pinball is presented just like you are looking at a real pinball table with a high resolution tilted perspective. This can sometimes mean the ball is hard to see as it’s hidden behind bumpers and ramps, but it works very well in general. I already mentioned it in relation to the Gladiators table but the speech in Digital Pinball really is first class. It becomes an integral part of the game as the characters from each table scream out at you, taunt you and make you aware of bonuses available. In single player Digital Pinball is a blast but in multi-player it’s even better as you compete for that elusive high score and, of course, the long term bragging rights! If you own a Sega Saturn and love a bit of pinball then do yourself a favour and pick up Digital Pinball as soon as you possibly can! 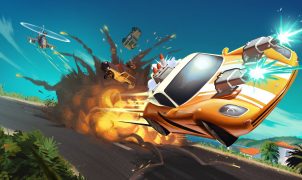 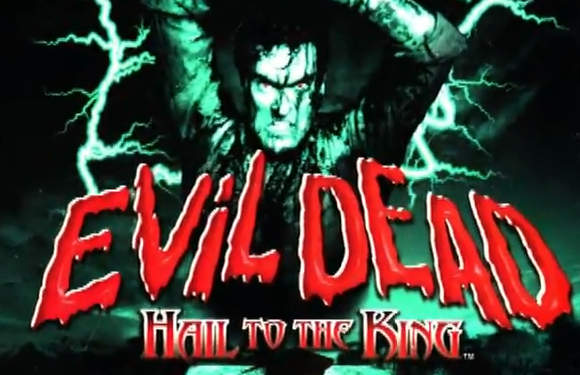