Indie Developer Blue Mammoth Games is hosting the Brawlhalla World Championship & Expo in Atlanta, GA from November 11–13. Brawlhalla is a free-to-play, 2D-fighter with 27 heroes to currently choose from. The developer, who also created Dungeon Blitz, is based out of Atlanta and comprised of industry veterans of Cryptic Studios. The game is currently in early access on steam and is planned for PlayStation Store release.

The competitive scene around the game has been steadily growing since Brawlhalla’s early access launch in November of 2015. Currently boasting a total of 4 million users, the attention has even drawn in sponsorship money from teams such as Absolute, VexX Gaming, and Triden eSports. Through tournaments, players have been rewarded over $30,000 in prize money.

The Brawlhalla World Championship will feature open-entry 1v1 and 2v2 tournaments as well as a total prize pool of $50,000. A schedule of all the events can be found on The full weekend of competition will be streamed live on Brawlhalla’s official Twitch channel.

“We designed Brawlhalla to support competitive play,” said Matt Woomer, creative director at Blue Mammoth, in a recent press release. “But one day you look up and there are tournaments streaming every weekend, videos coming out of high level play, LAN tournaments, FGC tournaments, prize money, clans, and even sponsors. So we asked ourselves and the community, ‘What can we do to support and encourage all that effort?’ The Brawlhalla Championship Series and the Brawlhalla World Championship is a big part of the answer.”

The event will run form November 11–13 and include a full convention’s worth of activities. Among the list of activities are feature talks, mini-tournaments, prizes, giveaways, hang-outs, cosplay, and more. 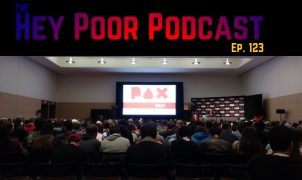