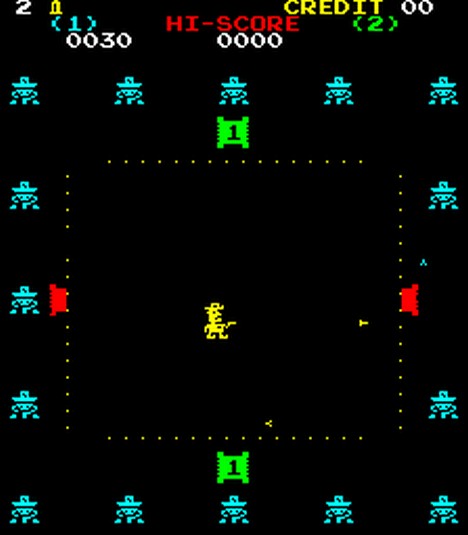 One of Nintendo’s earliest arcade games, Sherriff was actually designed by none other than Genyo Takeda and Shigeru Miyamoto! Re-released by Exidy as Bandido in the west, Sherriff is one of the earliest Western themed video games, first moseying into arcades in 1979. The game puts you in the spurred boots of the titular Sherriff, trying to defend his town against a group of bandits. These ruthless villains are circling the city and you must shoot through the fence to take them out. This fence also acts like a shield, so every time it’s shot (by either you or the enemy) it leaves a hole, making you more vulnerable. As the game goes on, the enemies will also start to cross the boundary into the city, making things tougher still. The game was unpopular with arcade audiences due to the complicated controls, so has now become very obscure. But there is no doubting Sherriff’s historical pedigree. 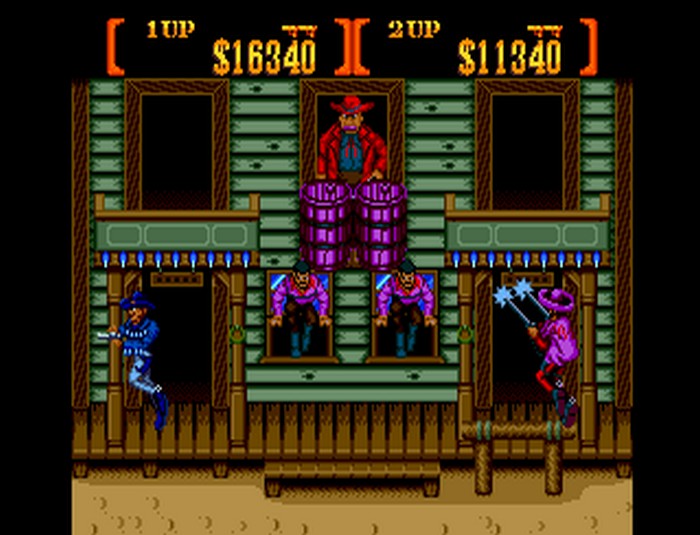 Although Sunset Riders was originally a Konami arcade game released in 1991, it’s the slight different 1993 Sega Mega Drive version that hold all the memories for me. I clearly remember picking this game up shortly after release from my local games shop after seeing rave reviews in magazines of the time. I was always looking for new two-player co-op games I could play with my brother and this fitted the bill perfectly, especially as it was by the same folks as the TMNT arcade game. In this side-scrolling shoot ‘em up, you take the role of one of two cowboys (four in the arcade version) who have been sent to hunt down the wanted outlaw Sir Richard Rose. But first you must despatch his posse and find his secret hideout. Sunset Riders is a tremendously fun game, which was also ported to the SNES, and remains one of the most loved co-op games of the 16-bit era for good reason: it’s a real blast! 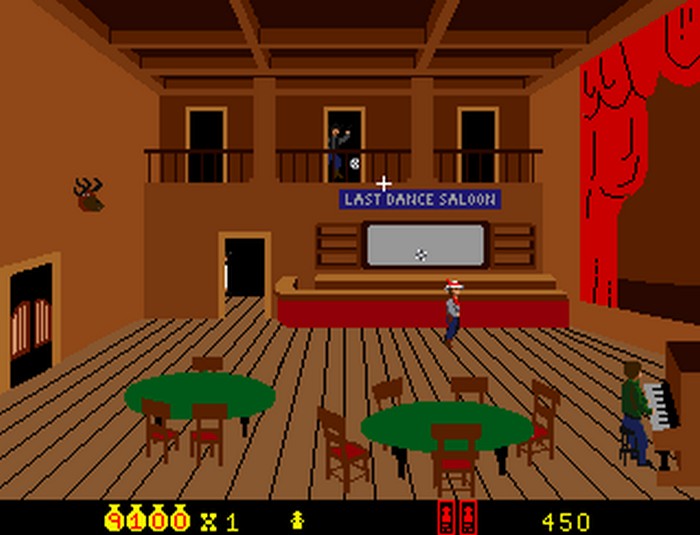 One of Exidy’s most popular coin-ops was the fantasy themed light gun game Crossbow. The success of this title led them to re-tool and re-release it as a new Wild West shooter called Cheyenne in 1984. The giant metal crossbow was swapped for a rifle but the core gameplay remained pretty much the same. Sadly, this western re-imagining failed to achieve anywhere near the success of Crossbow. The game sees your cowboy, known as Buster Badshot, making his way around the old west, trying to capture the members of a gang. As you embark on your journey, you come under constant attack. You must gun down the ornery cowpokes standing in your way while dodging the sweet kiss of hot lead yourself. One of the best features of Cheyenne is that the player could choose their own route through their godforsaken surroundings. There’s also a wide variety of levels, from the barren desert to a spooky graveyard, and even a quick drink in the saloon! 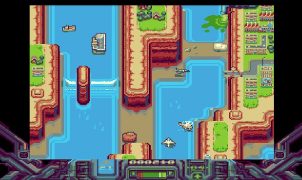