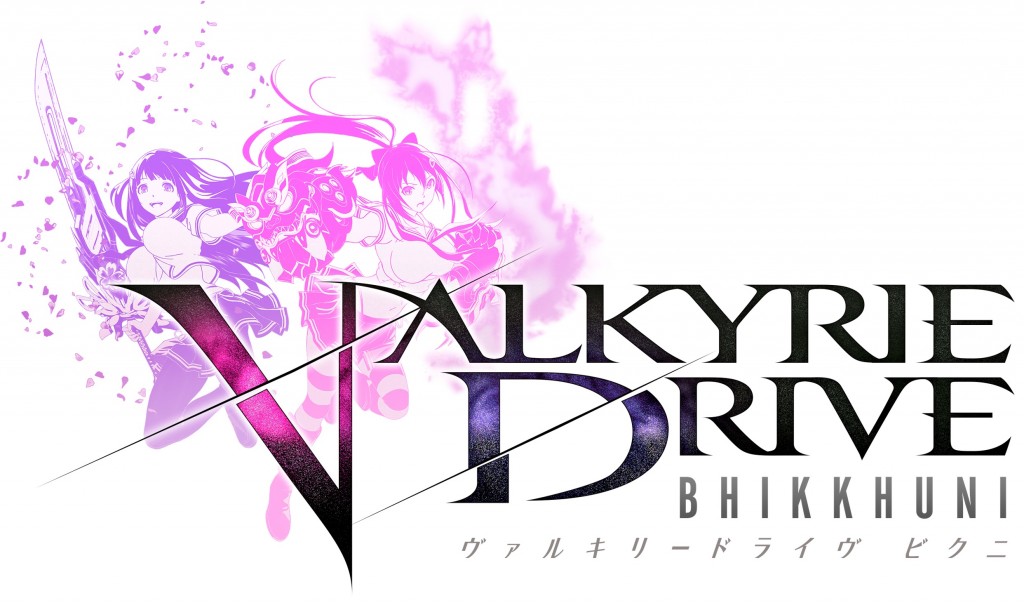 Let’s talk about the Senran Kagura series for a moment. Between the constant sexual overtones, skimpy outfits, ability to entirely disrobe opponents, and jiggling breasts, it would be a pretty safe bet to say that Kenichiro Takaki’s over-the-top Shinobi-themed hack-n’-slash series is one of the raunchiest out there – but apparently it just isn’t raunchy enough! Wanting to stay top dog in the world of boob-based video games, Takaki has once again stepped up to the plate. This time around he isn’t delivering to us another Senran Kagura game however, but an entirely unique story based on the Valkyrie Drive series (look it up, it’s actually a perfect fit); Valkyrie Drive -Bhikkhuni-!

Valkyrie Drive -Bhikkhuni- follows the story of sisters Rinka and Ranka Kagurazaka, who have been infected with the V-Virus; a unique viral strain that only affects girls in their teens and young 20s. The V-Virus has the capacity to grant its host immense power as a warrior (known as a Liberator), and also allows its host to transform into a weapon (known as an Extar)… through means of sexual stimulation (are you even surprised at this point?). While at first glance the V-Virus seems to be nothing but beneficial, it is said that the virus can become lethal if not treated properly – but that isn’t as easy as it seems. The V-Virus treatment is an all-intensive year-long process and, because of this, takes place on one of a series of man-made islands. Rinka and Ranka are special cases however, as they have been infected with a special strain of the V-Virus, known as the “VA-Virus”. Because of this they end up at the one place that can effectively treat the VA-Virus; the island of Bhikkhuni. 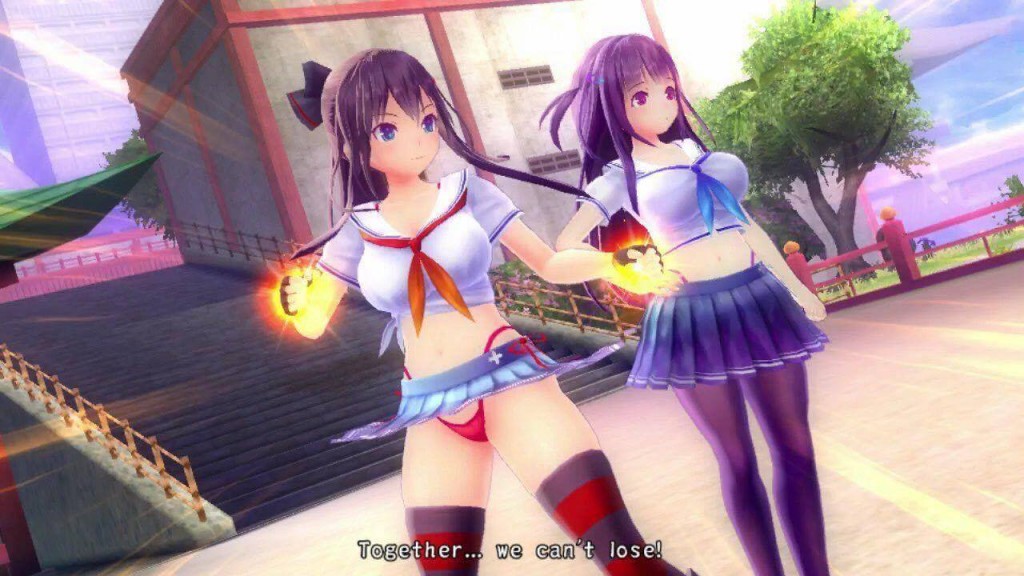 Progression through Valkyrie Drive -Bhikkhuni- takes place through the completion of levels that generally are set up as: dialogue > gameplay > dialogue. Though the game is definitely aimed at a specific audience, the actual amount of story content contained within Bhikkhuni is actually rather surprising. The story slowly-but-surely transitions from boob jokes and characters fondling each other to something quite a bit more serious and does so rather slyly. While the overt sexuality of the game never goes away (and I’m not sure why it would – if you’re buying this game, then you know what you’re getting yourself into), it does a good job of setting up and delivering a story revolving around human fragility and morality.

Since Valkyrie Drive -Bhikkhuni- has been marketed as a “bigger, badder” Senran Kagura, it shouldn’t be surprising that it plays quite similarly to its Shinobi-themed counterpart. While it has the potential to become pretty stale because of this, Bhikkhuni ultimately does a good job of tweaking the gameplay just enough to sure that it doesn’t feel exactly like something out of SK. Combat definitely still falls into the hack-n’-slash genre, with players being pitted against hordes of enemies at a time and defeating them through combos and skills. One such way that Bhikkhuni differs is through its reliance on aerial combat. Every character has a specific attack that will knock an enemy – or several once you get the hang of it – into the air and stunning it. After launching an enemy into the air, players can make use of Phantom skills to dash at high speeds toward their airborne foes and unleash devastating attacks. Aerial combos aren’t terribly different from ground combos, but they’re at least different enough to allow for changes in strategy depending upon your opponent. 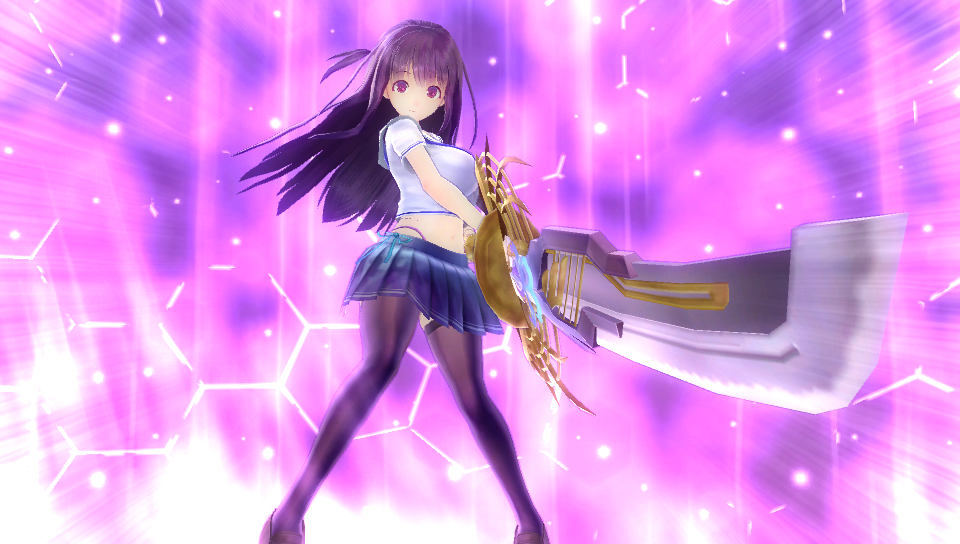 Valkyrie Drive -Bhikkhuni- also offers plenty of boss battles. While many bosses end up being your fellow Valkyries – and don’t get me wrong, those battles can get pretty intense – Bhikkhuni also throws in several battles against some super-sized baddies known as the Pillar Gods. These four Pillar Gods are essentially giant robots molded after mythical beings (except maybe Kongo? I’m not sure what she is.) and definitely shouldn’t be taken lightly. With the ability to hit hard and cover a lot of ground quickly, the Pillar God boss fights do a great job of shaking up any tedium caused by constant conflict against enemies your own size.

Many of the levels within Valkyrie Drive -Bhikkhuni- also allow for a small degree of exploration. Levels that occur in towns or on school grounds generally have areas that are entirely optional and usually contain secret items or bonus missions for player to complete and are surprisingly well-hidden in narrow hallways or down tucked-away flights of stairs. I actually enjoyed the fact that I often found myself missing a few secrets during several of the levels because it meant that the level design was so simple that players could blindly obtain everything. 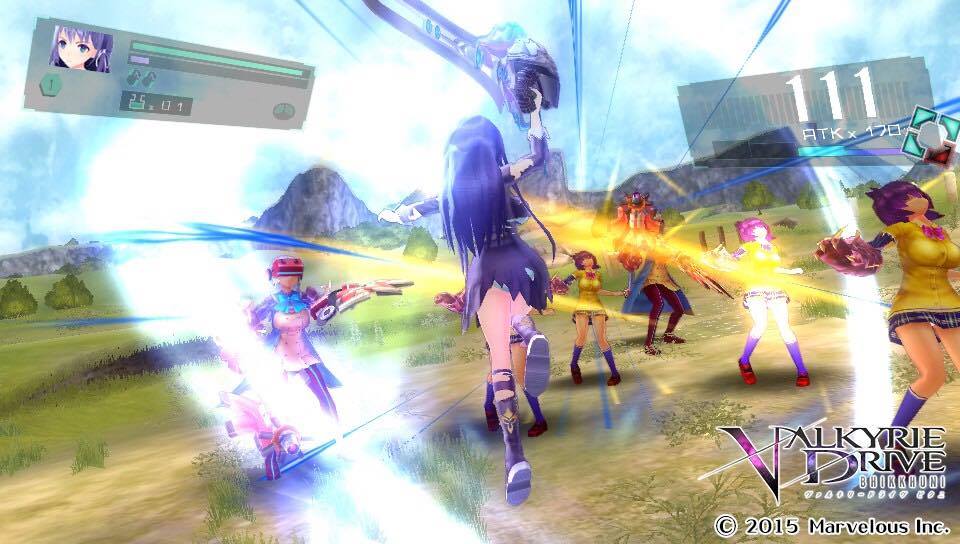 Yet another major difference within Valkyrie Drive -Bhikkhuni- lies within the Extars. Each level is played using two characters, but only one of them (the Libarator) does the actual fighting. The other character becomes what is known as an Extar. Extars are essentially stat modifiers, with different Extars buffing – or in some cases de-buffing – the Liberator’s Attack, Defense, and Speed. It’s a unique mechanic, and one that I grew fond of rather quickly. By literally turning other player characters into weapons Bhikkhuni not only found a way for players to easily modify the stats of their favorite Liberator while being an interesting storyline element as well. There’s also the fact that Extars become stronger the more sexually aroused they are, if you’re into that sort of thing.

Story missions aside, Valkyrie Drive -Bhikkhuni- also offers a few extra modes of play. As players progress they will eventually unlock both Survival Mode, which pits the player against waves of enemies without rest, and Challenge Mode, which tasks players to complete unique missions by fulfilling special objectives. Neither is groundbreaking by any stretch of the imagination, they were both fun enough for me to want to clear as much of both as I could. 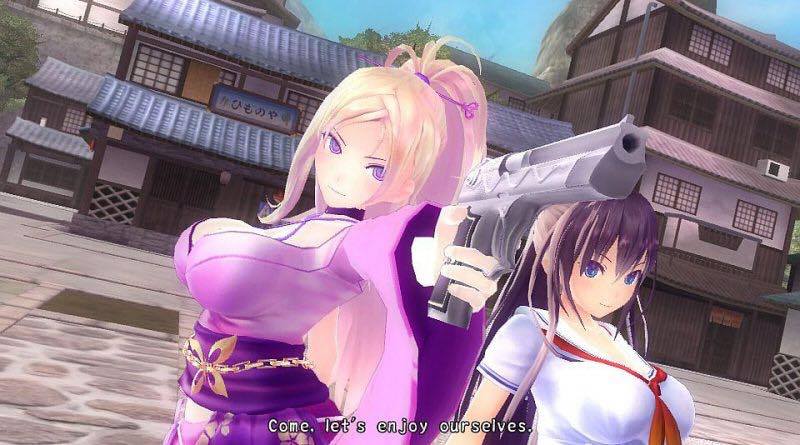 Next, there’s the dressing room! This might be a weird topic in most games, but it’s probably worth mentioning when talking about a game like Valkyrie Drive -Bhhikkhuni-. The dressing room serves two purposes. Not surprisingly, the first thing that the dressing room allows players to do is change the clothing of their characters. I hope that you like underwear and accessories though, because that’s all you’re going to get in terms of outfit customization aside from pallet swaps and short-sleeved versions of each character’s original outfit. If you actually want a unique outfit, you’ll have to shell out some more cash because it’s all paid DLC. Personally I think that not including any sort of outfits within a game that largely revolves around physical appearance and human attractiveness defeats the purpose a bit, but to be honest I’m sure that most of those playing this won’t have a problem with paying a few more dollars for some new outfits. To each their own, I suppose.

Changing outfits is the first thing that you can do in the dressing room, but in Valkyrie Drive -Bhikkhuni- you can bet that it’s not the only thing that you can do. Players can also play a game called “Heart Catch”, which utilizes the Vita’s touch screen in order to let players massage their favorite Valkyrie. Heart Catch is essentially a quick-time event that involves players poking hearts as they appear on-screen, but it’s pretty obvious what’s supposed to be going on. It’s incredibly perverse, but I’ve got to give Bhikkhuni credit for being so creative when it comes to using touchscreen technology. 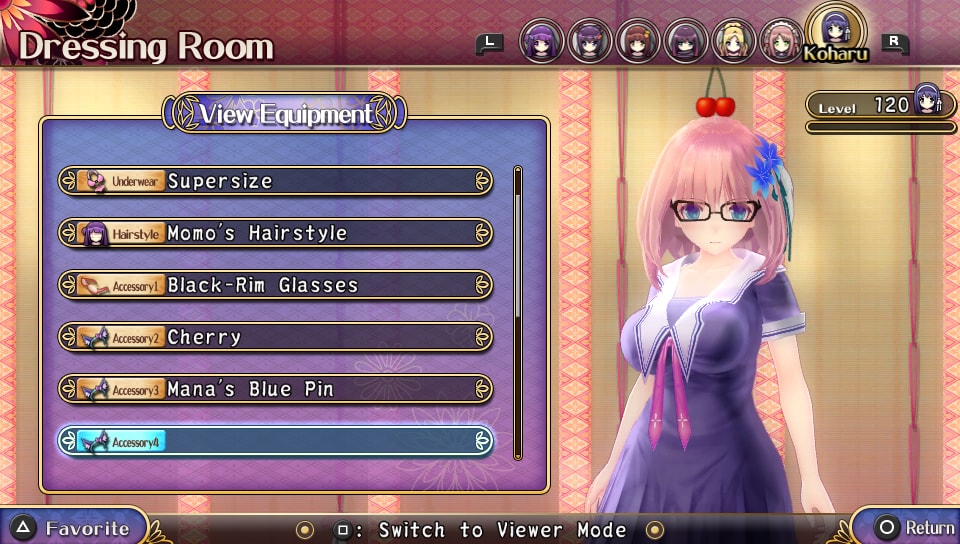 The visuals of Valkyrie Drive -Bhikkhuni- are both good and bad for what I am assuming is the same reason. I found the graphics to be quite nice; character models were incredibly smooth-looking with few instances of overly-noticeable polygons occurring. The effects during combat were also plentiful and vibrant.  The problem comes in when all of these good graphics try to show up at once. Combining the highly-detailed Valkyrie character models with flashy battle graphics tended to slow down the game whenever things started to get intense. I suppose that it wouldn’t be a big deal if things didn’t get intense very often… but they do.

While I ran into certain problems with the visuals, my Valkyrie Drive -Bhikkhuni- auditory experience was quite smooth in comparison. I don’t speak Japanese so I of course didn’t actually understand what the characters were saying – not without the subtitles at least – but I once again found myself wishing that I could because it was pretty obvious how high-quality the voice acting was. The game’s soundtrack was also incredibly complimentary to the gameplay, featuring unique themes for each of the characters and a pleasing mix of high-energy themes for levels, the hub world, and the shop.

Raunchy though it may be, Valkyrie Drive -Bhikkhuni- ended up being a very solid game overall. With enticing gameplay, a compelling story, and plenty of character customization both inside and outside of combat, Valkyrie Drive -Bhikkhuni- is a great choice for action game fans looking to satisfy their hunger. Also people who like cute, jiggly anime girls in risqué outfits and compromising positions.

Full Disclosure: This review was based on a Vita review copy of Valkyrie Drive -Bhikkhuni- provided by PQube 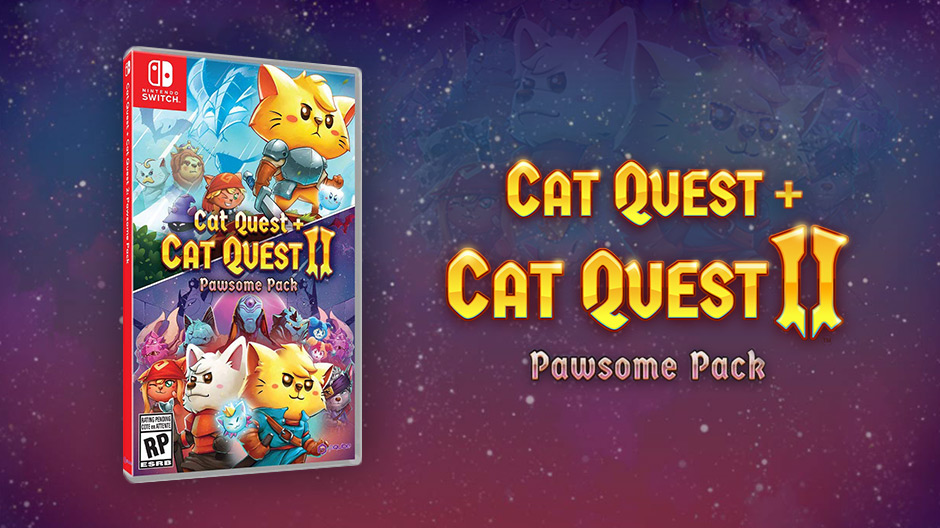 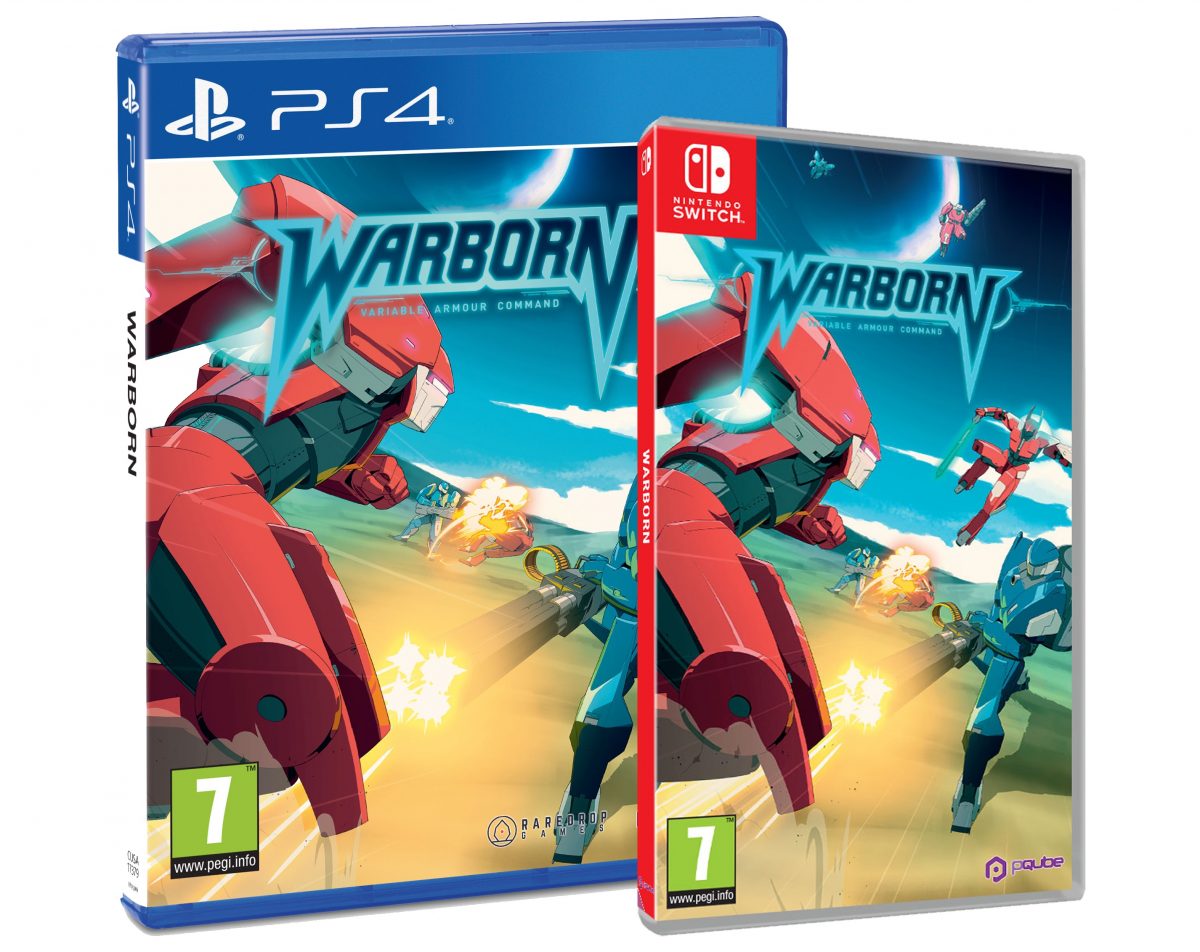 This War Of Mine – The Little Ones DLC Review…