Nintendo needs to Switch things up this time around, and these games could make the console a winner It’s no secret that Nintendo has amassed a veritable stockpile of successful franchises over the years. That said, it’s a bit of a shame that the company only seems interested in making use of a few of them these days. Whenever a new Nintendo console rolls out, you can always count on Mario, The Legend of Zelda, and Smash Bros. making a solid debut at some point. However, a wealth of great franchises have been collecting dust over the years, just waiting for the House that Mario built to dig them out of the annals of gaming history and polish them up for the new era.

With Nintendo’s Switch, the company’s handheld-console hybrid, set to release in less than six months, we thought it was the perfect time to talk about some of the franchises we’d love to see get a new lease on life when the system rolls out in March of 2017. Arcade style racing games are always a treat. And while Nintendo always makes sure to ensure that their consoles are freshly stocked with Mario Kart sequels, one of their best racing game franchises has sadly languished for well over a decade.

F-Zero first released alongside the Super Nintendo way back in 1991, introducing players to the system’s impressive “Mode-7” scaling capabilities, which gave two-dimensional games the illusion of 3D by allowing a background layer to be rotated and scaled on a scanline-by-scanline basis. The end result was a cool effect that created an awesome illusion of depth – especially when it came to racing games and those lovely world maps we’ve seen in countless SNES RPGs.

The game pretty much set the standard for futuristic racers, laying the foundation for series such as Wipeout, Extreme-G, Jet Moto, and countless other gravity-defying franchises. Despite its success and vocal fan base, Nintendo has let the series sit dormant since 2004’s Japan-exclusive sequel, F-Zero: Climax. Given the series’ 12-year hiatus and Nintendo’s need to inject some more diverse IP into the Switch’s library, I can’t help but feel that now is the perfect time to hop in the cockpit and shoot for that Diamond Cup once again.

While I can appreciate Metroid Prime: Federation Force for trying to do something new, it’s pretty plain to see that Nintendo’s latest entry in the long-running saga of Samus Aran isn’t exactly what series stalwarts were hoping for. Next Level Games’ multi-player focused shooter was a largely soulless diversion that really could have released without the Metroid name shoehorned onto the title and been more successful. The same could be said about Team Ninja’s Metroid: Other M, which delivered high-style action and an expanded narrative at the cost of the exploration and mystery that makes the series so memorable in the first place.

That said, I think a proper entry in the main series – perhaps in the style of the stellar Another Metroid 2 Remake – would be a welcome addition to the Switch’s lineup. However, Nintendo probably wants to prove their new tablet-console conglomeration can push some pixels. And if that’s the case, a proper Metroid Prime title from Retro Studios would absolutely fit the bill. The thought of scouring alien landscapes for secrets while blasting intergalactic space pirates is enough to make me feel like a swarm of Ridleys is fluttering away in my stomach.

It’s probably a matter a given that we’ll see Samus make a debut on the Switch at some point. But then again, with Nintendo you never really know how things are going to play out in the end. In any case, I’m keeping my fingers crossed that players will be able to slip on that Varie suit and kick some pirate booty following the console’s release next year. Nintendo may not be known as one of the biggest proponents of Japanese-style RPGs, but in recent years they’ve seemingly got their act together. The company’s recent efforts at pushing Intelligent Systems’ Fire Emblem series on their handheld have been hugely well received, and Monolith Soft’s Xenoblade games on the Wii and Wii U are widely regarded as two of the finest RPGs released in recent years. Given the success of these aforementioned franchises, I think it’s safe to say it’s time for Nintendo and Camelot to release another entry in the Golden Sun series upon the RPG-playing masses.

After all, it’s been a whopping six years since the third game in the series, Golden Sun: Dark Dawn, released on the DS. Camelot’s Golden Sun games feature grand stories, incredible summon attacks, and engaging turn-based combat that makes them some of the most enjoyable adventures out there. Fans of the series have clamored for a proper console release for these games as well, and with the Switch serving as both a home console and a handheld, a new game in the series could prove to be a best of both worlds scenario for fans.

With any luck we’ll see this one come to fruition eventually. Dark Dawn enjoyed mostly favorable reviews, and currently has a score of about 80% 0n the review aggregates, Metacritic and GameRankings. Here’s hoping Nintendo and Camelot Software Planning heed the call, because Golden Sun would be a perfect fit for the Switc2. Few cult classics have garnered as much fanfare as Earthbound. The second game in Hal Laboratory and Ape’s beloved ‘Mother‘ series, the SNES classic drives a high price to this day among collector’s of Nintendo’s 16-bit powerhouse, and with good reason. The game is a quirky classic, telling the story of a band of colorful kids as they embark on a mission to save the world from the universal cosmic destroyer, Giygas. Ness and his compatriots’ quest to save the planet spanned many hours and laughs as you journeyed from the bustling burg of Onett to the inter-dimensional plane. Thanks in no small part to its hilarious writing and a plethora of strange and entertaining situations the party constantly finds themselves in.

Despite its status as a cult gem in the SNES’ library, Earthbound sold like trout yogurt when it originally released in North America in 1995, at the tail-end of the Super Nintendo’s lifespan. And while the game eventually received a sequel in the form of Mother 3 in Japan in 2006, it never officially found its way to the west despite an outpouring of support by fans on this side of the Pacific.

The series is just as popular now as it was when Mother 3 released a decade ago. And Nintendo seems to know as much, as they made a huge deal out of the game’s long-awaited release on the Virtual Console a little while back, along with the company’s inclusion of Earthbound characters in their popular Smash Bros. line of fighting games. That said, there’s little doubt Nintendo is totally blind when it comes to huge impact a new game in the series could have for them. Sadly, the chances of this seem pretty slim. The series beloved writer, and editor-in-chief of his personal website “Hobo Nikkan Itoi Shinbun”, has gone so far as to dismiss the possibility of another Mother game as “impossible”.

Still, just like countless other fans, we’re keeping our fingers crossed that he has a change of heart. I know this is borderline sacrilege, but I have a confession to make. I was never the biggest fan of the Nintendo GameCube. With the exception of a handful of releases (which strangely happen to all be horror games, which is kind of ironic for a Nintendo console), I never really found myself enamored with the lunchbox-shaped console.

However, just shy of a year from when the GameCube made its North American debut, Nintendo and developer Silicon Knights surprised me with Eternal Darkness. After poring over IGN’s review from my parent’s computer, I remember running out the door to snatch up the system just to soak up the dark, Lovecraftian madness.

Boy, was I anything but disappointed. It really was a horror title in a class all its own.

Eternal Darkness: Sanity’s Requiem may not have ages especially well in the 14 years since it first released, but it’s still one hell of a wild ride. While the game’s story begins with players taking control of protagonist Alexandra Roivas’  in a mysterious mansion in Rhode Island, after finding a book, players are swept to a wide variety of historic settings including the Spanish Inquisition, a bombarded Church set during the first World War, and numerous other haunting settings in a story that puts them in control of twelve different characters, each with their own story to tell.

It was a cool premise, and Silicon Knights made use of tons of eerie effects to make the player question their own sanity. For example, you could walk into a room that’s filled with ammo and health supplies, only for the image to bleed away, revealing a room that’s instead teeming with monsters waiting to tear you limb from limb. Even statues would subtly turn their heads to follow you, or rooms would become completely inverted without warning. Eternal Darkness loved to play with your head, and it was an unforgettable descent into madness that all GameCube owners should experience.

Sadly, the chances of seeing another Eternal Darkness probably won’t happen anytime soon. Silicon Knights has long since disbanded. And to make matters worse, when the game’s creator Denis Dyack attempted to fund a pseudo-sequel to the series called Shadow of the Eternals across multiple crowdfunding platforms but failed to rake in the requisite funding. This lack of interest could be due to Dyack’s failure to impress with the much-maligned Xbox 360 title, Too Human. Or maybe the timing just wasn’t right. In any case, we hope the Big N swoops in to give the Dyack’s new studio Quantum Entanglement Entertainment a shot in the arm so they can secure this sure-fire hit. Only time will tell. 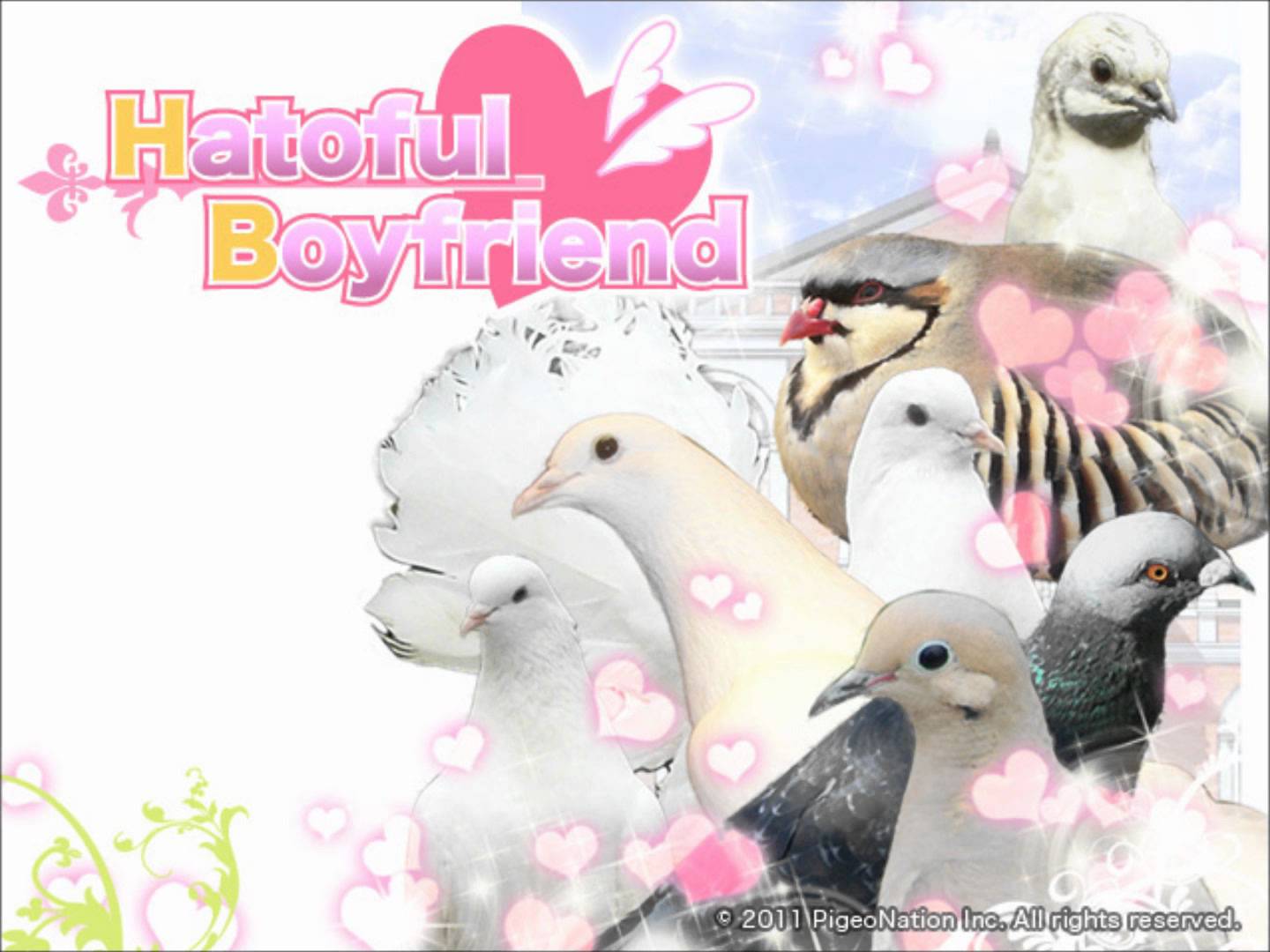