Tank you very much! Vindicators was originally a 1988 arcade game by Atari, which was fairly successful and subsequently followed by a sequel the year after (though this sequel was more of an update of the original than a brand new game). This popularity led to a host of different home conversions. The computer iterations were handled by Domark in the UK, but the Nintendo Entertainment System version was released by Atari Games themselves under their home Tengen label and became one of the company’s infamous unlicensed NES titles. This later saw Atari go head to head with Nintendo in a very expensive lawsuit, which Atari/Tengen subsequently lost. The NES version of Vindicators actually differs somewhat from the arcade original as it features slightly different levels, a simpler control method and longer times for completing each stage. The original coin-op was actually available as a conversion kit for Gauntlet and this comes as no surprise when you see the maze-like nature of Vindicators. In a nutshell I suppose you could just describe Vindicators as Gauntlet with tanks. The actual idea of the game is to guide you tank through each vertically scrolling level, find the key and then make it to the exit within the time limit. Your vehicle is equipped with a gun, a limited amount of bombs, shields and fuel. Scattered around each level you will find icons that upgrade your guns, restore your shields and top up your fuel. You have to keep an eye on your various supplies – as if you run out of fuel, you lose a life, and if you have no shields you are vulnerable to enemy attacks. Despite its fairly simple nature, there are actually quite a lot of things you have to keep an eye on in Vindicators. The foes consist of other tanks of varying strength and speed, as well as gun turrets that need to be taken out. There are also various barriers and walls that get in the way so you must find the quickest and easiest way around each level to conserve your fuel. Thankfully, the enemies don’t come in hordes like in Gauntlet, and Vindicators is generally a lot slower paced. To complete each level you must find the key to open the exit and then make your escape. After some levels you are transported to a hub where you must power-up your tank and escape before the time runs out. One of the nicest features of Vindicators is that two of you can team up to take on the enemy in the co-op mode. This also adds a bit of competitiveness as you fight over fuel and power-ups. When it comes to the graphics Vindicators is nothing to write home about, but then neither was the original arcade game either. It does improve in the audio department however as Vindicators features some really nice music throughout the game. The simplified control method also makes the game a bit easier to play than the original, and there is more than enough game to get through (14 levels in total). The simultaneous two-player mode also ups the ante as far as gameplay goes as you can also compete to collect the bonus stars littered throughout the game. Vindicators might not be Atari’s most famous arcade game, but in my opinion it’s a bit of a hidden gem and one that deserves a bit more attention. This is a worthy conversion of the coin-op and one that all NES owners should probably to add to their library. 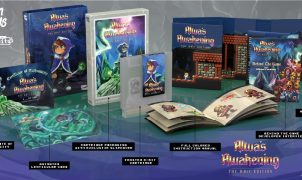 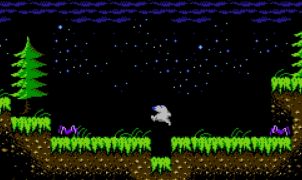 Slow Mole Is A New Platformer For The NES

Escape this disaster   The original Dying: Reborn was launched on PlayStation 4 and Vita back in February and introduced players to Matthew, a horribly-acted (but in a good…