The first thing we have to try and remember about the Philips CD-i is that it was never actually designed as a games console. The CD-i truly was the first ever multimedia machine. The plan was that this box would replace your VCR, CD player, games console and even your photo albums. The VCR-like stylings of the original CD-i boxes certainly suggest the CD-i was being marketed as an all-in-one media package. Only when Philips realised nobody was buying it did they choose to redesign it to look like a console (smaller with a flip-top lid a lot like the Turbo Duo and versions of the 3DO). One look at the CD-i’s catalogue tells you all you need to know, as there are an enormous amount of titles that follow the route of “edutainment” – trying to be educational but also games at the same time. Philips were often clever in the way they marketed these to seem much more like games than anything educational, presumably hoping that little Billy would pick it up off the shelf and beg mummy and daddy to buy it. Surf City is one such curiosity. In all honesty, I am not really sure quite what Surf City is trying to do or achieve. It’s not educational, it’s certainly not a game, it’s definitely not a movie, it’s not a quiz and isn’t any kind of reference or educational tool. It seems like the developers Sidewalk Studios were trying to do everything all at once without actually achieving anything at all – no doubt at the instruction of Philips to produce a “Multimedia Experience”. You take the role of a kid who is apparently one of the coolest dudes from the class of ’66, or so you are told. All you do though, is cruise around Surf City in your convertible looking at stuff! Yep, that’s it! I wish I was joking here but really I’m not. It also doesn’t help that none of the stuff you look at is particularly exciting. You can choose where you want to go, and along the way one of your equally “cool” friends tells you all about it while some cheesy music by the Beach Boys plays. You can visit the house you grew up in, check out the beach where you went surfing, or just listen to yourself reminisce about the good old days. You can also click on parts of the scenery in Surf City to interact with it, which allows you to do little things or get a close up look at a certain area. For example, there is a cafe where you can make a burger, a house where you can look at a photo album and then there is the arcade. Finally! I was thinking YES! GAMES! But no, that would be far too much fun. Strangely, all you will find there is the bare minimum of interaction possible. Ok, there is the arcade machine that allows you to drive a car up the screen without crashing – very basic indeed. I could code something more exciting in BASIC on an old 8-bit computer. Then, almost as a final insult, there is a pinball machine that you can’t even play! When you do click on it all you get is a FMV video of somebody else playing it. Yeah, thanks for that Sidewalk – it’s not like I wanted to actually play pinball or anything! Surf City is a title that initially seems so promising. With a bit more interaction, it could have been something really interesting. The graphics are pretty nice and if you are a fan of the Beach Boys you are going to love the soundtrack. But ultimately there just isn’t enough here to keep you even vaguely interested. It’s no wonder that these early multimedia machines didn’t succeed with titles such as this out there. So unless you are crazy about owning everything out there for the CD-i, or you’re a massive Beach Boys fan, I really wouldn’t bother seeking this out. 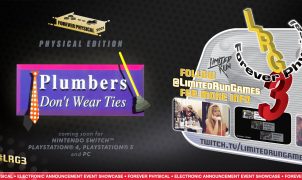