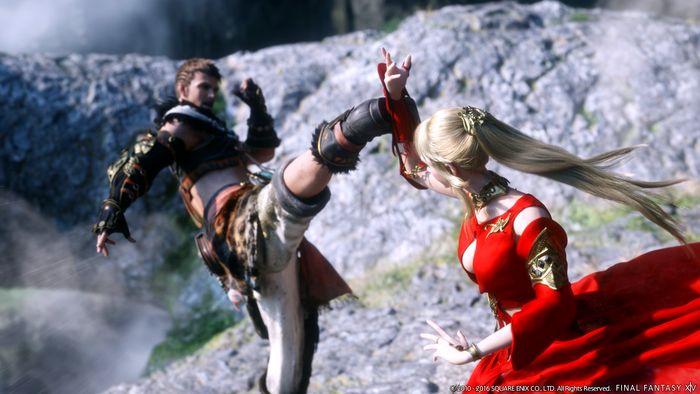 Las Vegas, Nevada, was host to the Final Fantasy XIV Fan Festival this weekend in which a new major expansion was announced. Titled Stormblood, it follows on the heels of the previous expansion Heavensward and aims to bring a slew of new content to the table.

Some of this promised content includes brand-new jobs, assorted raids to execute, an increased level cap that can go all the way up to 70, some additional dungeons, vast areas for exploration, new alliance battle content and a retooled battle system.

Fans were also treated to a new trailer where the Warrior Of Light shows off his skill and finesse at assorted battle moves. He comes to blows with a rather mysterious woman in a red outfit on top of a stone statue of gargantuan proportions, reminiscent of the Colossus of Rhodes or something out of Middle-Earth. Resistance fighters are to be found below, preparing for battles of their own. 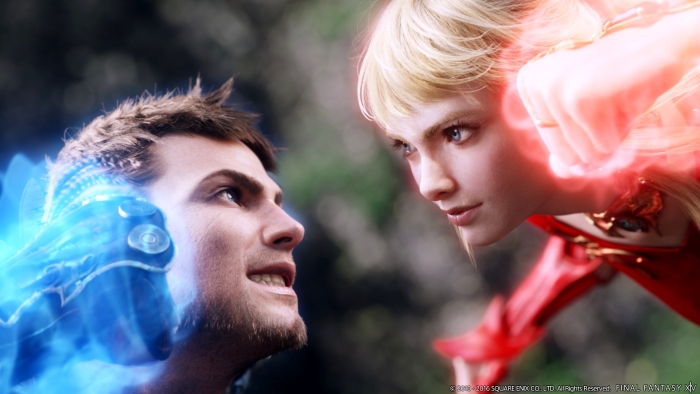 Stormblood hasn’t gotten a set date yet, but fans can expect it sometime in the summer of 2017. It’s also important to note the release of the expansion will mark the end of official support for Final Fantasy XIV on the PlayStation 3. Square Enix have promised a free upgrade for players to the PlayStation 4 version in order to continue their experience seamlessly. More information on Stormblood will be divulged at the Tokyo Fan Festival event that’s set to happen on December the 24th and 25th, as well as during the European Fan Festival in Frankfurt, scheduled to take place on February the 18th and 19th, 2017.

Final Fantasy XIV recently celebrated its third anniversary and currently has over six million players. It continues to be popular, drawing in new players on a regular basis.

Check out the trailer for Stormblood below and get psyched.