Double the Yo-kai, double the fun! 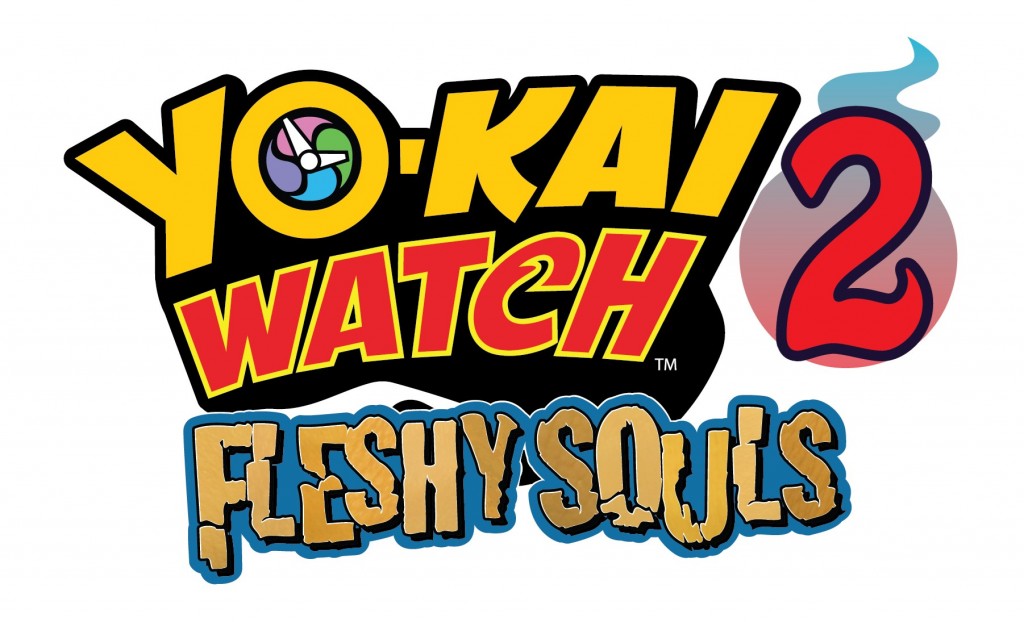 Those familiar with Yo-kai Watch already know that though the series is relatively new in most parts of the world, it’s actually been around in Japan for quite some time – and has been doing pretty well up until now. What you may not know is just how well it did. Following the success of the first Yo-kai Watch – which had been released all the way back in 2013 – the franchise’s popularity exploded within Japan, causing it to become a household name; especially among families with children. Just one year later, Yo-kai Watch 2 released in two separate versions; Ganso and Honke (a third version was released too, but that isn’t really important). Riding on the coattails of the first game’s popularity, Yo-kai Watch 2 quickly climbed to the top of the sales charts, and received critical praise from Japanese video game critics. Meanwhile, the rest of the world had never even heard of Yo-kai Watch. Well it’s 2016 now and, although it’s a tad late, Yo-kai Watch 2  finally wandered on over to North America in the guise of Yo-kai Watch 2: Bony Spirits and Yo-kai Watch 2: Fleshy Souls. Now that it’s here though, I have but one question; does it really live up to all of the hype created by Japan back in 2014?

For simplicity’s sake, I’m going to drop the Fleshy Souls part of the name after this paragraph because – as is the case with many multi-versioned games – there aren’t any changes between the two games so drastic they demand I constantly dictate which version I’m playing. For those who are curious: the main difference between Bony Spirits and Fleshy Souls lies within the version-exclusive Yo-kai that you can befriend. A few other little details are also tweaked depending upon which version you play, such as certain conversations (I won’t spoil anything) and minor quests, but that’s about it. 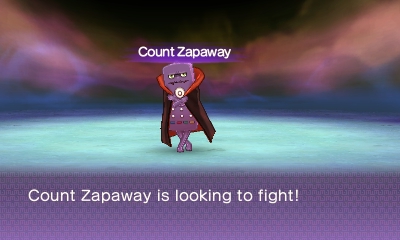 Yo-kai Watch 2‘s story picks up soon after the events of the first game, and presents itself as a rather curious mixture: one part sequel and one part anime tie-in. The main focus of the story involves either Nate or Katie traveling back in time in order to help their grandfather (either Nathaniel or Kenny, depending upon your chosen protagonist) fight off a long-extinct breed of Yo-kai known as the Wicked Tribe. As in the first game, the storyline is broken up into episodic segments that help to break up the pacing of the story. This episodic structure provides a more realistic deception of how a child would actually handle a situation like this. The way you return home after every adventure deepens your immersion in Nate/Katie’s everyday life. While the time-travel story arc is entirely new, unique, and entertaining, I did find myself scratching my head a bit at the anime tie-ins. Usually when a game is made, an anime adaptation does its best to mimic plot points from the game. Yo-kai Watch 2 did things a bit differently however, throwing in previously anime-exclusive storylines such as Jibanyan moving in to the player’s house (also becoming a core focus of the plot), and Komasan traveling around Springdale. I personally enjoyed the anime so I didn’t mind it at all, but it definitely stuck out to me as strange.

As strange as the anime tie-ins may be, everything else felt incredibly comfortable; especially the battles. The original Yo-kai Watch battle system is back in action, with AI-controlled Yo-kai deciding which moves to use based on their personalities –  with players acting as more of a “coach” for their team as they use items, switch active Yo-kai, and tell their partners when to unleash their powerful Soultimate moves. Yo-kai Watch 2 doesn’t leave the battle mechanics entirely the same however. After a certain point during the story, players will obtain a second Yo-kai Watch, known as the Yo-kai Watch Model Zero. Along with allowing you to see Wicked Yo-kai, the Model Zero grants players two new in-combat features. While each Yo-kai normally has their own Soultimate move, the Model Zero allows a player to perform a supercharged Soultimate Move known as an M Skill by absorbing the Soul Energy of other Yo-kai within the player’s party. Additionally, the Poke feature allows players to prod at enemy Yo-kai when they are slacking or Inspirited in order to gain beneficial results. 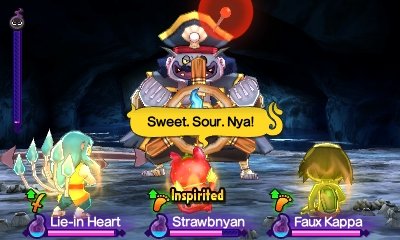 The available number of Yo-kai to befriend within Yo-kai Watch 2 is honestly quite impressive, jumping from just over 220 in the first game to close to 400 in YW2. Rather than sticking to YW1’s tradition of increasing Yo-kai numbers through pallet swaps (i.e. Fidgefant and Toughant, Leadoni and Mynimo, etc), Yo-kai Watch 2 did a great job of introducing a large and very diverse cast of brand-new Yo-kai, while almost completely staying away from their aforementioned pallet-swapping tactics. Because of this, collecting Yo-kai felt more rewarding overall. Yo-kai Watch 2 also adds evolved forms or pre-evolved forms to a handful of previously introduced Yo-kai, which helps to break up the pallet swap tedium from the first game even further. Befriending Yo-kai can become frustrating due to the semi-randomness of the recruitment mechanics. However, I can say that my frustration was generally ousted by a larger desire to collect as many Yo-kai friends as possible. And hey, thanks to trading, I knew that I wasn’t on my own if I was really having a tough time recruiting a particular Yo-kai (I’m looking at you, Yoink).

Along with the Yo-kai roster expansion within Yo-kai Watch 2 came an expansion of places to explore! Springdale, the city in which both Nate and Katie live – and the sole location of YW1 – is back and features new areas such as the Excellent Tower. Yo-kai Watch 2 also grants players opportunities to leave the city with the introduction of Harrisville: a traditional Japanese-style town, and a fishing town known as San Fantastico. Both areas contrast greatly with the more commonplace Springdale, and provide a nice balance of scenery. Though new to the series, both of these areas have just as much personality as Springdale does  – not to mention location-specific Yo-kai – which further helps to solidify the individuality of each area.  The fact that Yo-kai Watch abandoned the traditional RPG trope of exploring a bunch of different areas – instead focusing on creating a smaller number of detailed locales – was a big draw for me; it only got better in Yo-kai Watch 2. 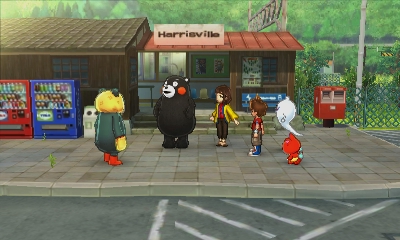 Traveling in Yo-kai Watch 2 doesn’t just have to be a question of “where”, but can also be a question of “when”. That’s right folks: along with the addition of several new major locations within the Yo-kai Watch world, comes the ability to visit locations at different points in time. Due to certain events occurring within the game – which I’ve ever-so-subtly touched upon – players will be able to visit the past. Not only does this give players a reason to scout out all-new past-only Yo-kai (known as “Classic Yo-kai”), but it also helps to solidify the history of the locations within the world of Yo-kai Watch 2. Lore is an important part of any growing series, and allowing players to experience certain events firsthand – such as the invention of the original Yo-kai Watch – helps them connect with the Yo-kai Watch world even more. On top of all of that, it nearly doubles the number of areas that you can explore; no complaints there, right?

Onward, to the aesthetics! Remember when I said that Yo-kai Watch 2 originally came out in 2014? Well it shows its age a bit when it comes to the graphics. Although there’s a definite improvement on the visuals of its predecessor, spotting polygons within the 3D models of Yo-kai Watch 2 really isn’t that hard. On the other hand, other than looking slightly dated, YW2 provides a very pleasing graphical experience – all which is particularly highlighted by the colorful (both literally and metaphorically) cast of Yo-kai that turn up at every corner. 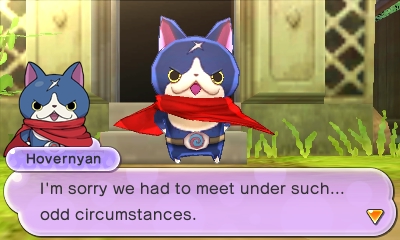 Some of the graphical aspects of Yo-kai Watch 2 may have been a bit dated here and there, but I certainly can’t say the same about the audio quality. YW2 boasts a very enjoyable soundtrack; unmistakably Yo-kai Watch in terms of how the songs are composed and what interments are used (if you play the games, you should understand what that means). Songs both old and new make appearances, and fit in well with the visual presence of whatever area you’re in. Also, the battle theme is so much better this time around. I could seriously just listen to it on loop (and maybe I already have).

To answer the question posed at the beginning of the review: Yo-kai Watch 2 does live up to the hype created by Japan (for fans of the franchise at the very least). Yo-kai Watch 2 takes the original Yo-kai Watch formula and, instead of tearing everything down in an attempt to build something completely new, improves upon what is already there. With a deeper story, new places to explore, and hundreds of new Yo-kai to befriend, Yo-kai Watch 2: Bony Spirits and Yo-kai Watch 2: Fleshy Souls are two games that will certainly take you on a wild an incredibly fun adventure.