I don’t know. Maybe it’s just not for me.  I know a lot of other reviewers have been really enjoying Flat Heroes’ simplistic platforming stylings. But personally, I’m unimpressed.

In Flat Heroes, you and a group of up to three of your friends play as small squares of different colors.  The level is a larger square, usually with a few platforms, and projectiles fire at you from all sides.  If you played Undertale and wished that it could ditch the charming story, interesting characters, and RPG mechanics to focus only on the often-frustrating bullet hell sections, you’ve basically got Flat Heroes (one level in world one in particular, requiring you to jump up and down to dodge projectiles moving in a straight line, feels reminiscent of the last fight of the genocide run).  Of course, there’s one major difference between Flat Heroes and Undertale: in the latter, you could take more than one hit. 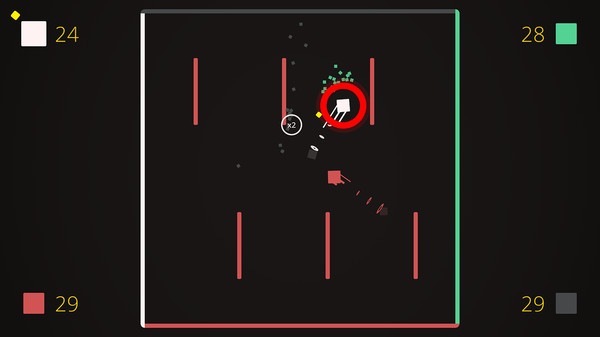 Again, I can certainly see the appeal of masochistic games requiring a lot of trial-and-error.  After all, I’ve sunk more than 31 hours into Devil Daggers, a game where an average run lasts 45 seconds.  But generally, my measure of a well-controlled game, especially a puzzle game like this one, is this: once I’ve figured out how to solve the problem, can I easily and immediately do it?  And that’s not the case here, at least for me.  There were lots of levels where I’d figured out how I needed to jump to avoid the projectiles, but I couldn’t actually achieve it, dying over and over again as I got increasingly frustrated with the process.  And that’s ignoring the fact that most levels deliberately trick you, meaning there is literally no way to know what you’re supposed to do except by dying and memorizing the pattern.  It gets old, especially as the obnoxious repeated chiptune soundtrack begins to wear a groove in your brain.

I think so much of this frustration could be lessened if the game just came with some kind of tutorial.  The minimalism works for the graphical style and presentation, which – credit where credit is due – is gorgeous.  It doesn’t work so well for helping the player understand what to do.  Jumping in particular – the player’s only interaction with the environment in the main “Waves” mode – feels odd and sticky, and it’s hard to tell if you’re double-jumping or dashing.  I eventually got used to it, but only after dying and dying and dying a lot.  You can also stick to platforms by pushing against them, which I figured out only by accident, and even the I spent a stupid amount of time believing that you could only cling to platforms that were the same color as your square. 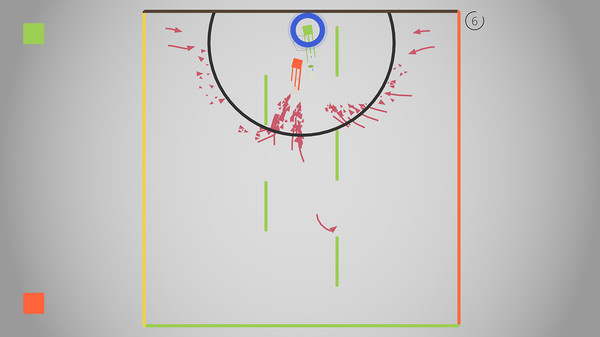 I mean, yes, I figured all this out eventually without too much difficulty, and I can hear the perennial “git gud” crowd already gearing up to tell me how much I suck at games on Twitter.  But hear me out: when all a game has is its core gameplay, without story or anything else in the presentation to augment the experience, every frustration, no matter how minor, feels much, much worse.  Everything in Flat Heroes that breaks the fast-paced immersion it’s trying so hard to create makes it that much harder to get into the right mindset for the game.

Barring these frustrations and the lack of proper communication with the player, I’ll concede Flat Heroes does a pretty good job of what it sets out to do.  New “enemies” (if you can call them that) and new puzzle elements (like a blue platform that kills you instantly) are introduced slowly enough that you don’t feel overwhelmed by new mechanics but quickly enough that none of the levels feel like boring tutorials.  That’s always a tricky balance to nail.  And the enemies themselves are nicely varied, from projectiles that home on to you to those that travel in a straight line, those that can pass through platforms and those that can’t.  But I never feel particularly excited to try new things – just worried about how the game’s gonna kill me in some unpreventable way this time. 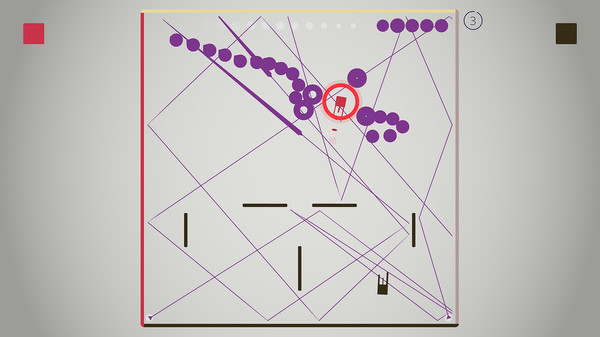 However, most of that only applies to the singleplayer.  When you have two or more people sitting on a couch together, Flat Heroes really shines.  Even if one of you dies to the frustrating-to-master controls, as long as one person survives to the end you can still win the level, encouraging you all to solve the problem together and then just try to survive to the end of the solution.  There’s also a few other modes as well, though they too suffer from the lack of explanation of anything afforded to the player. These include “Battle”, where the game is won by the first person to figure out which button actually does an attack (it’s X on a Steam controller, left-click on a mouse), and “Runner”, which we never quite figured out. There’s attacking, and jumping, and timers, but how exactly these things interact is unclear. Battle Mode’s all right, but it’s a lot more fun just to play the main game co-op.

Still, I wonder if the game should really get points for that.  “It’s fun if you play it with friends” is always sort of a weak argument in my opinion, since that’s true of anything.  Aliens Colonial Marines is fun to play with a group of friends sitting on the couch and making fun of it, that doesn’t make it any less of a fundamentally broken and unpleasant rip-off of an experience. 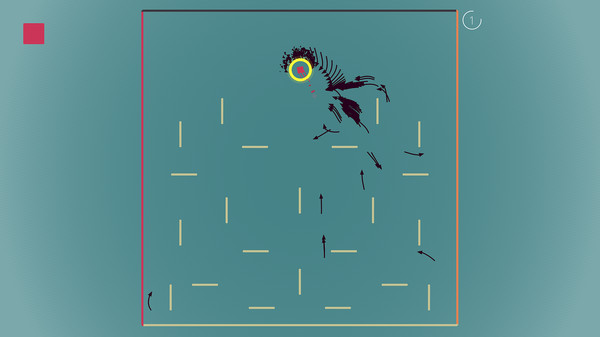 For all my cynicism, if you’re a really big fan of platformers and already played through all the better games of that type on the Steam storefront (Super Meat Boy, etc.), Flat Heroes should do a pretty good job of scratching that itch.  And if you’re looking for a co-operative game you can play on the couch with your friends, you’ll have a good time with the game as well.  But I just can’t help but feel like there are better games in both genres and even better games in the middle of their Venn diagram, especially for the asking price of fifteen dollars.

Still, like I said, maybe it’s just not for me.

Full disclosure: This review is based on a review copy of Flat Heroes given to HeyPoorPlayer by the publisher.