In a previous video, I covered in detail how DOOM (2016)‘s soundtrack enhances the experience of playing the game, and how music is important to videogames as a medium. It kinda exploded, becoming the most-watched video on our channel by far and more than doubling our number of subscribers, all of which I really appreciate. Seriously, I never would have guessed that a weird little video about something so esoteric would become so popular, and I thank you all for that.

However, a lot of commenters seem to be under the impression that I “forgot” certain old Doom songs that are referenced in new DOOM’s soundtrack. Well, I didn’t “forget”, it just wasn’t relevant to the video, but the interesting thing about this is that as I tried looking it up I found that nobody’s actually gone through and made a complete list of where in DOOM 2016’s soundtrack it references songs from Dooms 1, 2, and 3, and that seems like something people would be interested in.

Well, I finally earned the title “videogame journalist” by finding every single reference to an old Doom song in the new DOOM soundtrack, even the ones that require you to play audio backwards. I’ve spent the last two weeks going through and finding every single reference I could. Most of these I found on the own, some I found with the help of YouTube commenters and a few other sources, but I wanna say that I can’t promise that this list is 100% complete. Mick Gordon is so sneaky and likes putting things in so subtly that I seem to find new things every time I listen through the OST, and it’s entirely possible I missed some, so please, feel free to comment with anything I missed or forgot while I was working on this project. My hope is that, between this video and the comments section, we can create the most complete possible list for people who want to know where all the references are. 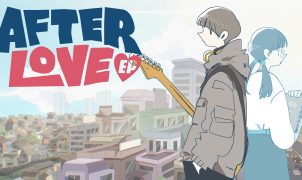 Open Yourself Up to After Love EP this Summer