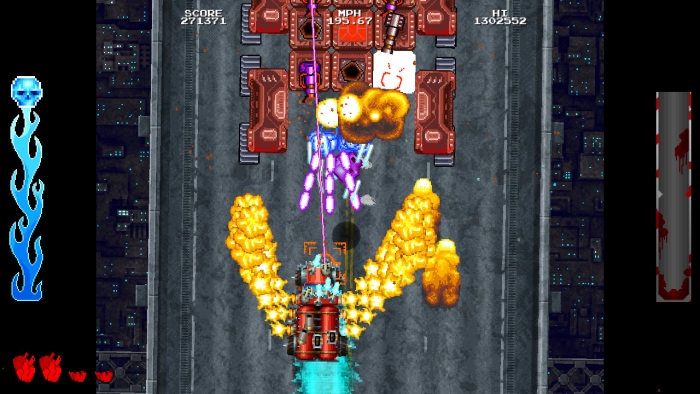 When our benevolent dictator Francis showed me a video preview of Demon Truck, I was intrigued. It looked like a chaotic shmup along the lines of Ikaruga, complete with a wonderfully trashy occult theme. However, upon booting it up, I quickly discovered that looks are deceiving. But while the experience wasn’t what I had in mind, I nonetheless had a good time with Demon Truck. A Hell of a good time, you could say.

Players take the wheel of a truck overflowing with demonic energy and bad attitude. You’re tasked with cruising down assorted Hellish locations, using your guns to turn the denizens of damnation into chunks of unrecognizable pixels. However, the truck in question moves of its own accord, leaving players to focus their efforts on shooting and managing thrusters. Though things are on auto-pilot, a major twist is that firing and thrusting at the same time is impossible, adding a learning curve and a bit of thought to proceedings. 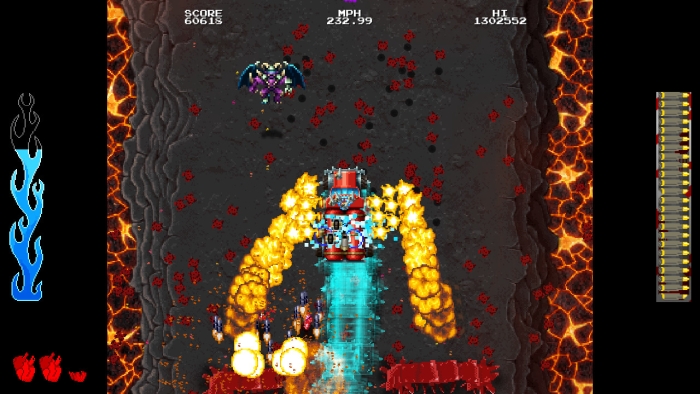 Also unlike a conventional shmup, there’s actually a bullet limit. You’re encouraged to thrust into obstacles and enemies, Carmageddon-style, to replenish your supply, but your clips will auto-refill in time. New guns get acquired as the game wears on, and players need to be mindful of how different guns drain ammo. Choices like these present themselves after the completion of each successful wave, where randomized options are presented. A typical run can be made significantly easier or harder just by the luck of the draw, so if you’re not one who cares for being dealt a shoddy hand, you best think twice about playing this one. Bear in mind that this applies to the enemy roster as well.

It’s the sort of thing that would be home on mobile platforms, minimizing controls and playing somewhat like a rail shooter. The feel is also not unlike a sort of endless runner, challenging players to last as long as possible and solidifying their legacy with high scores and bragging rights. It does have that “one-more-try” quality, luring you in to best their previous times and scores, and that’s always a good thing. 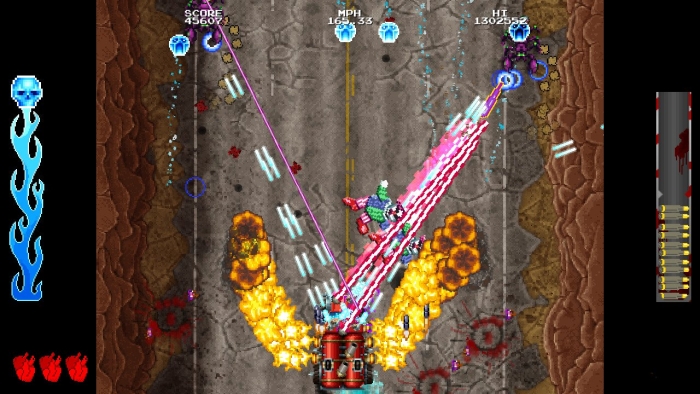 The game has a great pixel art style, but it’s let down by an over-abundance of on-screen objects. Sometimes, it’s difficult to tell what exactly is going on amid the chaos of high-speed enemy sprites and projectiles. Still, it’s charming and the occasional overload of information doesn’t detract too much for the experience. The soundtrack, while a tad on the slim side, is nonetheless a thing of beauty. If you don’t believe me, take a listen for yourself.

Demon Truck is a fun little game that leaves players wondering how it may have played out had it controlled like a traditional shmup. If you take it for what it is and offer it a bit of time and patience, you’ll find a satisfying experience that keeps you on your toes with its fast, random, and quirky gameplay. I find it becoming my go-to game to unwind and deal with stress. Check it out on its Steam page and you’ll see what I mean.

Full discloure: this review is based on a review copy of Demon Truck given to Hey Poor Player by the publisher. 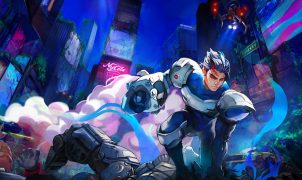 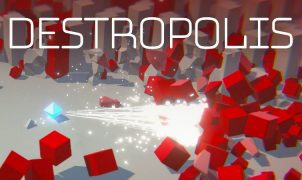 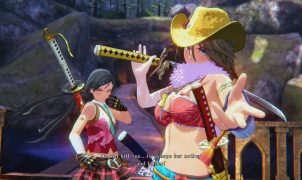