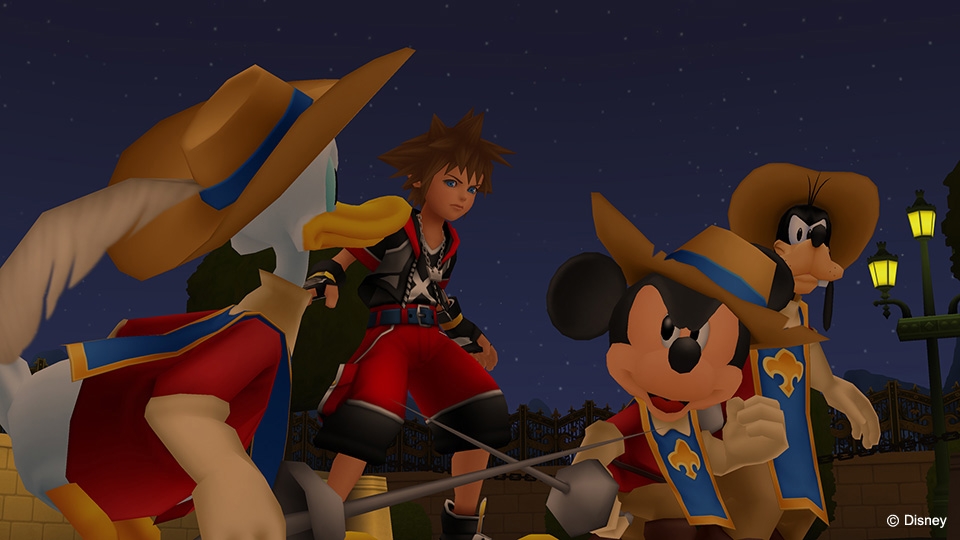 Square Enix today announced that starting today, fans will be able to pre-order the KINGDOM HEARTS 2.8 Final Chapter Prologue Limited Edition to receive an exclusive pin of Mickey Mouse and Sora through participating retailers and the Square Enix Online Store. 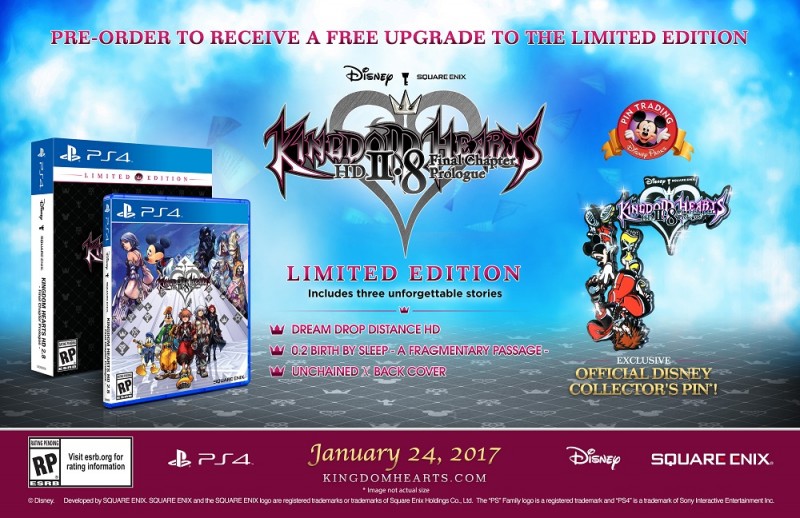 In addition to the two adventures, Kingdom Hearts HD 2.8 Final Chapter Prologue will also include Kingdom Hearts χ Back Cover, a movie that details the story of the foretellers, connecting the earliest parts of the series’ history.

Kingdom Hearts HD 2.8 Final Chapter Prologue will be releasing exclusively on the PlayStation 4 on Jan. 24, 2017.

Do you plan on picking up this limited edition set when it releases early next year? Let us know in the comments section!