The band is back together! I picked up Mount and Blade without any prior knowledge of its history or where it had come from, which is often good as it allows you to form opinions on a game without being swayed by other factors. As huge and involving as Mount and Blade is, it’s a title that I made some very quick judgements on, which held strong in reflection when I did eventually read up on it. It turns out that the game was first released on Steam in 2010, and boy does it show! To say Mount and Blade is dog ugly is an understatement, I don’t think I would be at all off in saying that it looks like a PlayStation 2 game! I was also interested to read that this game became somewhat of a cult classic, and despite its problems I can see why, so I shall endeavour to explain further.

Upon playing Mount and Blade there were two older games that immediately sprang to mind, firstly the Cinemaware classic Defender Of The Crown and secondly the much more recent Skyrim, but for totally different reasons. Essentially Mount and Blade is a vast combat-driven RPG set in the middle ages, but there are so many different facets to this game that it’s almost wrong to explain it in that kind of simplistic manner. You start by choosing your character, but this isn’t just a case of select the one you like the best and away you go, oh no, in Mount and Blade you literally have to design your whole avatar from the ground up before you can even begin. This doesn’t just involve what they look like either, you also have to define the characters whole back story from who their father was to why they are even there. This certainly adds a level of involvement that you rarely see in a console game, let alone one that can be downloaded from the online store. The sheer level of character customisation is actually quite bewildering, especially for those who just want to get started with the action like myself! And this is where the next huge aspect of Mount and Blade raises its (very ugly looking) head – the way you actually play the game. Because it’s not just as simple as entering the world and following a path or completing a pre-defined set of missions, Mount and Blade pretty much lets you play the game however you like! This isn’t an overstatement either – you want to be a lone warrior, then go ahead, you want to lead army, go for it, you want to become a rich merchant, follow your dream, you can even just settle down in a nice village with a family and run a farm! You don’t just play this game, you actually live it! Mount and Blade doesn’t even tell you the vast range of limits available, you just find out for yourself (or read an online guide like I did!). I was honestly staggered by the limits, or should that be lack of them, in this game. But this is also one of the areas that I feel it falls down slightly, the average player won’t really have a clue where to go, what to do, or how to do it. The only kind of tutorial the game gives is one that teaches you how to fight, which is ultimately quite pointless anyway. It would have been nice to have some sort of direction or quick start modes for the regular console gamer.

While it’s quite possible to forge a path for yourself in this game as a single player, it’s much easier when you form alliances with other characters, should that be through people online or the A.I. Warbands of the title. While the first of these options causes no real issues other than the ability of the player in question, the second one becomes quite troublesome. This because the computer A.I. is poor at best and implementing any sort of control over them is frustrating in the extreme. Put quite simply: the controls in Mount & Blade absolutely suck. It’s quite clear this game was originally made to be played on a PC, because a joypad simply doesn’t do the job sufficiently when you are trying to issue hosts of different commands to your tribe. It doesn’t help that your own controls are janky in the extreme either, even something as simple as a sword battle becomes an infuriating experience as the camera moves erratically, the controller lags and the hits don’t even seem to register. As awful as the visuals are, the biggest downfall of Mount and Blade is definitely the controls. However, don’t get me wrong here, Mount and Blade is not a bad game; it’s just a poorly implemented one that isn’t really suited to a home console. Those who are willing to invest in this game and put some serious time into it will no doubt garner a great deal of satisfaction and enjoyment. But the sheer amount of effort needed to get to this stage will put off the average gamer and I can’t help but think that if this kind of game is really your thing then you will be playing on a PC in the first place. Top marks for trying Taleworlds, but you really should have at least updated this game for the modern day and made it more accessible to the target audience, or just left it on a computer where it probably best belongs.

Full disclosure: This review is based on a review copy of Mount & Blade: Warband given to HeyPoorPlayer by Taleworld Entertainment. 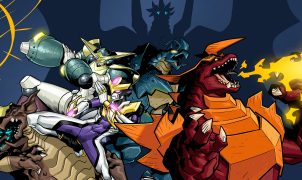