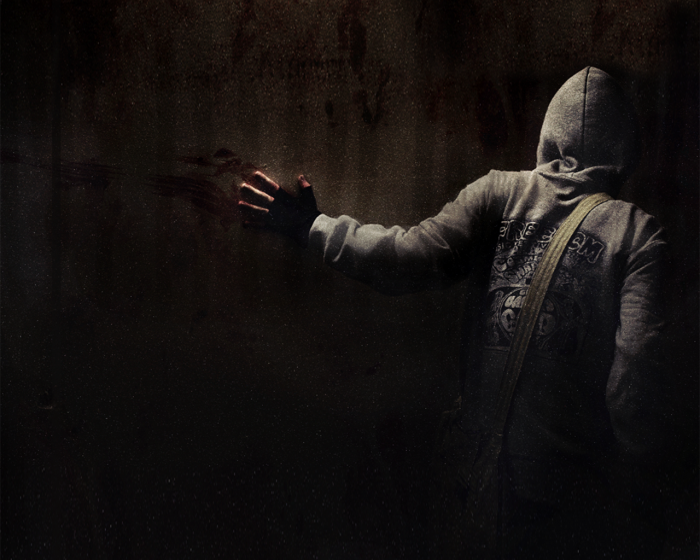 Okay, I’m going to admit it. I haven’t finished this game. I’m too scared to finish it. Of all the games that are on this list, Cry of Fear is probably the most frightening. It shreds my nerves like a rusty cheese grater, but because of that (and its price tag) it deserves to be on this list.

Cry of Fear originally started out as a mod for Half-Life, but is now its own game that can be downloaded for free on Steam. I place this title on the list not just for price and genre, but for those of us who were great lovers of the Silent Hill series. Cry of Fear has that very similar makeup to it as the first two Silent Hill games, and although the game play is a little less polished and chaotic, that doesn’t mean that it’s not a stellar addition to any horror library.

A quick plot synopsis for this one: you play as Simon Henriksson, a 19 year old who wakes up in an alley after being struck by a car. Believe it or not, things get pretty strange from there. Simon wakes up, not where he started, and decides that it might be best to head home (nothing on any injuries, which is a tad strange). From there, terror ensues.

On a side note, Cry of Fear’s dual wielding mechanic in this game is very interesting given how it allows you to switch hands on multiple weapons and inventory items. It’s not the cleanest implementation, but it was a startlingly different tweak on the mechanic that was a nice twist to game play. Also, the music was an absolutely beautiful addition to this game, and really made it stand out beyond the threshold of the generic indie horror genre. Andreas Ronnberg did excellent work with the game score, which can be purchased on iTunes for those who find it to their liking.

Cry of Fear is the scariest game on this list, and it is also the longest. Like the other entries on this list, it includes multiple endings based on in game choices, which can result in both good and bad results. Puzzles and combat are features of this game as well, so don’t expect that you can get away with running away from all of the monsters. It won’t work!

You can download Cry of Fear from the Steam Store for no charge. 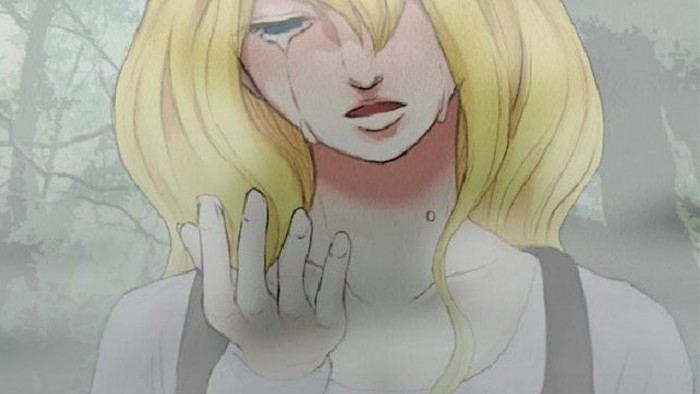 A group of college kids, a road trip, a broken down car, and a mystery. It sounds a little Scooby Doo-ish, and to be fair it kind of is, at least up until the point where really horrible things begin to happen.

You play as Rin Yamazaki, the a-typical annoying female anime character with a high pitched voice, a really outlandish temper, and an appetite to match. Rin’s a little rough around the edges, but she fits for this game as a stark contrast to the incredibly dark material the player encounters over the game. Exploring various environments such as dilapidated mansions, underground caverns, and the mysterious swamp itself, Rin must begin to unravel the mystery that is taking her friends one by one.

Just like the previous titles, this game has various choices that will change the outcome of the game. However, these situations are so subtle that the player can easily miss them, ending the game on a completely unforeseen note and leaving the player not quite sure where they went wrong. Thankfully, the game itself isn’t terribly long, and because the endings are so varied it pays to go back and play it a few more times just to explore the depth Mermaid Swamp has to offer.

Mermaid Swamp was made by Uri in the Wolf RPG Editor, and can be found here. 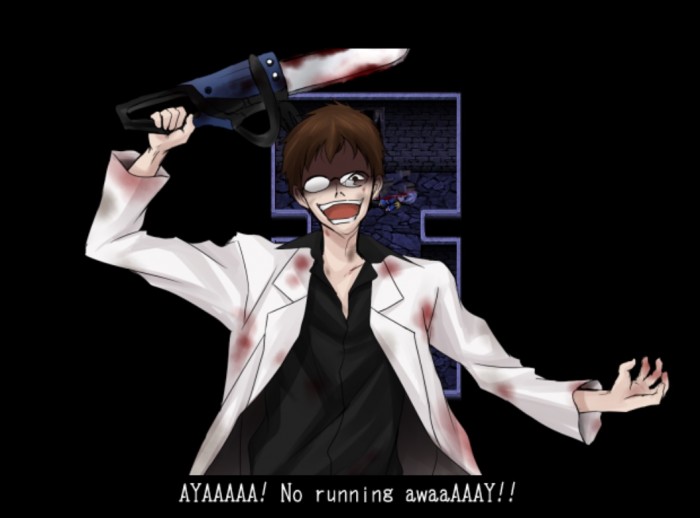 Of all the freeware games on the list, Mad Father is probably the most popular. You play as 11 year old Aya Drevis whose mother has passed away one year prior to the game’s start. Her father is a scientist, a crazy scientist. One night as Aya laments the death of her mother, something happens. A scream is heard from her father’s laboratory, and it is indeed Aya’s father. Upon leaving her room to investigate, she finds the house is not quite as it should be. Monsters are roaming the halls, blood is smeared across walls and floors, and a mysterious man appears to her, telling Aya that her father is not the man she thinks he is.

Explore the house and grounds while collecting items and solving puzzles to solve the mystery of the Drevis family. Will young Aya survive the encounter? Or will she just become another part of the horror story that surrounds her family?

Mad Father is another game that features multiple endings based on the player’s performance and choices. Be sure that you explore the entire mansion, and be brave when it comes to facing all of the monsters!

Mad Father was created in the Wolf RPG Editor by Sen, and can be downloaded here free of charge.