Bullet Hell Heroines set off on an adventure in Touhou: Scarlet Curiosity While the Touhou series flourished in Japan for the past couple of decades, it wasn’t until this month that console gamers in the west were finally able to see what all the fuss surrounding the line of popular doujin shoot-’em-ups was all about. Released at the beginning of the month on the PlayStation 4, Touhou Genso Rondo: Bullet Ballet was a quirky but charming introduction to the series, which has enjoyed just as much support from its developers as it has from its burgeoning fan community. The game featured a unique concept: It melded the conventions of a Bullet Hell shooter to a fighting game framework that was, while not perfect, an addicting concoction unlike anything else out there. Now, just a few weeks since the series’ western debut, publisher XSEED Games, and developer Ankake Spa have released Touhou: Scarlet Curiosity. And once again this entry in the long-running series grafts shooter mechanics onto another popular genre, this time going the route of an action RPG, delivering a genre-straddling experience that defies categorization.

The game’s story begins with vampire Remilia Scarlet and her maid Sakuya biding their time in the Scarlet Devil Mansion. Things have been rather dull on the land of Gensokyo, and Remilia has grown painfully bored with her uneventful life. In an effort to cure her growing restlessness, sets off in search of a mysterious monster that has been reported lurking around a nearby lake in hopes to break the tedium of sipping tea and twirling her parasol. However, shortly after beginning her journey, things go south as the Scarlet Devil Mansion is demolished in a mysterious attack. Never one to back down from a fight and excited by the prospect of a new adventure, Remilia sets off to uncover the culprit who leveled her home and exact her revenge. It’s not the deepest story to be sure, but what’s there is a good enough excuse to set off on a quest to pummel the local youkai, feisty fairies, and sentient plant life in a whimsical romp for a dozen or so hours. Players can choose to take control of either Remilia or Sakuya, with each heroine sporting their own repertoire of skills and spells that unlock as they progress through the story. If you’ve played Baldur’s Gate, The Witch and the Hundred Knight or Diablo, you’ll feel right at home with the game’s blend of hack-and-slash action and isometric dungeon crawling. However, your selection of skills and the various enemy attacks you’ll be avoiding function similarly to the bullet patterns you’ll see in a danmaku shooter, meaning you’ll often be avoiding wave after wave of glowing projectiles as you shoot, dodge, and wallop your enemies into oblivion. While it sounds like a doozy on paper, the mechanics are simple to pick up, and before long you’ll be deftly be gliding around the screen, making short work of dozens of fairies and ill-tempered frogs at once. It’s a cool system, and the accumulation of new and interesting skills helps to keep the action engaging throughout each character’s adventure. The game even channels a bit of Falcom’s recent Ys releases as well, offering ample opportunities for platforming throughout the various areas you’ll explore. And though they’re never especially challenging, these short breaks serve as a welcome way of changing the flow of a stage before the monotony of button mashing can set in, and that’s always a good thing.

One thing I really enjoyed about Touhou: Scarlet Curiosity is that despite its very obvious shooter lineage, the game still manages to feel like a cohesive Action RPG. None of the mechanics seem shoehorned into the package, and only serve to spice up the moment-to-moment action. It’s only in the frequently chaotic boss encounters where the game really shows off the spectacle associated with its Bullet Hell pedigree. And even if you’re uninitiated in the shooter genre, death comes with very little consequence – for better or worse, depending on how much of a masochist you are – and falling to a boss will always start you right back at the beginning of the fight. As is the case with many hack-and-slash style RPGs, item drops are almost constant in Touhou: Scarlet Curiosity. While swimming in loot seems like an odd thing to complain about, the way it’s handled here is a bit cumbersome. You’ll frequently see identically named objects dropped within moments of one another, and two items of the same name can have wildly differing stats. This means you’ll have to constantly pause the game and pop into your inventory to see how each of these items stacks up compared to the others. It’s clunky. And these steady pauses in the action eventually start to impact the flow of the game. Worse still, while you’ll find a shop nestled on the world map where you can plunk down hard earned cash for new equipment, it’s impossible to see how this gear stacks up with your current setup until you purchase it, which comes across as a ridiculous oversight. Additionally, despite the great variety of weapons and armor you’ll collect over the course of the game, none of your equipment looks any different when equipped by your avatar, which is a bit disappointing, as seeing these various pieces of gear represented in-game would have added some much-needed variety to the game’s admittedly bland visuals. Thankfully, the game at least runs very smoothly, with even the most spectacular showdowns never dropping below the 60 FPS mark.

While the visuals are middling at best, Scarlet Curiosity‘s soundtrack is consistently solid. Arranged by Hachimitsu Lemon, each stage and boss encounter is accompanied by a fittingly upbeat compositions that really bring the action to life.  From the sweeping string pieces of the game’s opening to the emotional piano melody that plays during the game’s heavier – and I use that term loosely – story segments, you’ll be hard-pressed not to find yourself wishing these touching arrangements weren’t found in a more sprawling adventure. Even still, they certainly stand out as one of the major highlights of Scarlet Curiosity‘s production, and you’ll likely have trouble getting them out of your head long after you turn you power down your PlayStation 4.

As I mentioned earlier in this review, the story is probably the weakest aspect of Touhou: Scarlet Curiosity‘s package. Sure, it’s whimsical and goofy, but it never does a good job of explaining why I have to fight through legions of Gensokyo’s resident faeries and fauna in the first place. This lack of meaningful direction makes the narrative shared between the colorful cast of characters feel mostly weightless. Still, completing the game with either character does open up an optional labyrinth which will provide players who manage to complete its numerous floors with the game’s true ending. Of course, if you’ve followed the series for the past few decades, this focus on levity over meaningful dialog is probably to be expected, and you’ll likely be satisfied with what the game does provide: a fun fusion of lighthearted action and bright and colorful bullet-dodging that never takes itself too seriously. And for what it’s worth, it certainly accomplishes that much.

While it’s a bit rough around the edges in a number of places, Touhou: Scarlet Curiosity is a game with a lot of heart. And considering the title’s fan-made roots, it’s hard not to be impressed with what developer Ankake Spa has accomplished on what was obviously shoestring budget. Sure, the story may fall mostly flat in favor of cheeky humor, and the way the inventory system leaves a lot to be desired, but these issues never manage to derail what’s otherwise a charming and lighthearted action RPG that so obviously embraces its eccentricity. It may not be the most challenging adventure out there, and the game’s main quest can be completed over the course of a few afternoons. However, if the game’s brevity and lack of laid-back nature don’t both you, Scarlet Curiosity may just be a worthwhile addition to your PS4 library.

“Full disclosure: This review is based on a review copy of Touhou: Scarlet Curiosity given to HeyPoorPlayer by the publisher.” 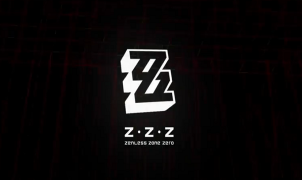 Love is a battlefield… especially when on the battlefield Wow, is it really already August? Summer sure has been flying by! I mean, yeah, we still have a few…