Those wanting to dive into Idea Factory’s upcoming Neptunia/Sega mashup won’t have to wait too much longer. The publisher announced today that Superdimension Neptune VS Sega Hard Girls is slated to release on October 18 in North America and in Europe on October 21. The game will be available as a digital and a physical release and compatible with the PlayStation TV.

To celebrate this exciting announcement, Idea Factory released the game’s opening movie, along with a handful of screenshots offering a fresh look at the battle system.

Check out the Superdimension Neptune VS Sega Hard Girls opening movie below:

A collaboration project between ASCII Media Works’ Dengeki Bunko and SEGA, the Sega Hard Girls are made up of various Sega consoles, including the Dreamcast, Sega Saturn, and Mega Drive! These anthropomorphized consoles are girls with an array of personalities and spunk, and this time they are teaming up with Neptune and IF for an all-new adventure.

For a closer look at the game’s battle system, be sure to check out the latest screens in the gallery below. 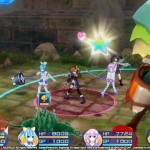 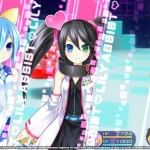 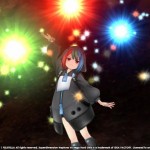 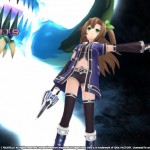