Claire: Extended Cut is best described as a 16-bit, 2D Silent Hill game with hundreds upon hundreds of doors that could either lead to an integral part of the story, or just plain nothing at all. An hour or so into your journey you may find yourself wondering what the hell is going on, and why you’re opening all of these doors in the first place. But then a “wow” moment will occur, ultimately peeling away parts of the mystery, and it’s these moments that will convince you to keep on pushing forward to get to the end.

After an extremely disturbing opening sequence, the story begins by introducing you to Claire, who is visiting her catatonic mother in St. Barbara’s Hospital. She’s lost all track of time, and after realizing that she hasn’t had a chance to finish an essay for school, she decides to head down to the cafeteria and grab a cup of coffee to help clear her head. Once Claire finds out that the cafeteria is out of coffee, she begrudgingly starts to make the trek back up to her mother’s room but the elevator ride doesn’t go quite as planned, and Claire’s world turns into complete insanity quicker than you can say pumpkin latte. The once-sanitized hallways of St. Barbara’s Hospital have now transformed into filth-filled corridors dripping in blood and splashed with human entrails. To make matters worse, shadowy enemies and a strange Slender Man-like figure stalk said hallways and will stop at nothing to hack and slash Claire until she is completely drained of blood. Thankfully, our hapless heroine runs into a trusty K-9 that will act as an alert dog and will bark upon entering dangerous areas and, in addition, will offer some companionship in an otherwise isolated world. The gameplay of Claire: Extended Cut is easy to pick up since you will mostly just be walking left or right in the game’s numerous rooms. Most of the environments you’ll find yourself traversing are dark in nature, but Claire is equipped with her trusty lighter and flashlight to assist during her quest. Enemies lurk in dark corners and are extremely hard to see, especially without a light source. When an enemy is near, running past them is your best bet, as Claire will automatically dodge their attacks, making most baddies easy obstacles to overcome. You will be hacked and slashed on occasion though, because some rooms you enter will have enemies greeting you instantaneously, and they’ll attack you without giving any time to make a run for it. This would happen quite often over the course of my playthrough, especially when reentering a room that I was chased out of. To offset the damage, several different items are littered throughout the game’s world for Claire heal and calm herself with. Coffee, candy, soda, & other consumables have healing abilities, but also offer a calming effect. Consuming items that have calming effects are only needed if playing on a higher difficulty other than story mode. In Hard and Nightmare modes, Claire’s health will deteriorate if in a panicked state, but if panicked on the easier story mode, the screen will just get a little fuzzy and significantly darker making the environment harder to see. I first played the game in Story Mode and since I seldom took damage, I rarely used any items.  Because of this, I found myself consuming whatever I had in my full inventory just to make room to pick up an item that was needed to progress the story. This got annoying fairly quickly, since items must be picked up to know what they are. There’s no indication or text when an item is present, only a small glimmer of light. More often than not I would end up wasting a health item to just pick up another health item in hopes I would be picking up a more important item that was needed to progress. Other times I would waste a large health boost item (since that’s all I had) only to pick up a lesser health boost item or something that was of lesser value. This frustrating experience could’ve been alleviated by having some form of text letting you know if the item is worth picking up or not.

Traversing the hospital and the handful of other areas that are available later in the game can be a real chore. Room after room you’ll be greeted with seemingly countless doors. I estimated that in my 4 hours it took to complete the Story Mode I’ve opened close to 500 doors. To add to the confusion, the game’s map tries to its best to make you feel like you’re exploring large 3D areas filled with hallways and different rooms, when in actuality you’re just traveling from left to right. Most rooms look similar in nature, making you feel like you’ve visited a room several times before even though it’s a completely new area on the map. The map feature is best described by referencing Friday the 13th on the NES. The only way to know what direction you are traveling is by constantly checking the map screen to see which way the arrow is pointing.  Similarly to Silent Hill, when looking at the map blocked areas will be scratched out and points of interest are circled, letting you know where you should be going, but with so many doors being scratched off as blocked, doors that could be opened also looked like they were scratched off since they were so close to the blocked door. I’ve gotten headaches trying to figure out where the hell I was supposed to be going and just felt like most of the time I was walking in circles. A few bite-sized puzzles are sprinkled into the madness that is opening doors. These puzzles were surprisingly thought provoking and not the run-of-the-mill puzzles that are found in most games today. The game doesn’t offer you many hints on how to solve the puzzles, making them a bit mysterious in nature, but if you stop for a minute and really think, you should be able to figure most of them out. I did have one puzzle that involved two valves that had me doing a quick Google search to figure out what I was supposed to do, but I found this refreshing and not frustrating at all since the answer was there in the story all along. Sadly, there are only a handful of these puzzles and I wish there had been more to break up the monotony of opening doors.

The story does hold everything together in the long run, and I did end up caring about Claire. Piece by piece the layers will start to peel off this mystery with an end result that ties up everything rather nicely. Flashback scenes will give you glimpses of what happened to Claire and her family with a few of these scenes offering bright beautiful pixel art scenery that transcends the bleaker dark and grungy environments of the present. I did have to make a trip to the options menu and crank up the brightness on both the Vita and PS4 versions of the game since most of the game’s detail was not visible on the standard setting. On the audio side of things, Claire: The Extended Cut shines in most areas. The music is very atmospheric, and hearing Claire’s heart beating when she’s scared or anxious really made things creepy. The goopy sounds of Claire’s steps gave a satisfying “squish” when treading through a hall full of entrails, and the sound of the monsters shuffling toward me had my thumb pressing the run button harder than need be. The dog’s growl, although needed, did get annoying repetitive, especially when entering several rooms back to back that contained monsters. I was impressed with the background noises that filled the many rooms and hallways, and the experience was heightened when playing on the Vita with a good pair of headphones.

Claire: Extended Cut is a hard game to recommend unless you’re willing to open literally hundreds of doors to get to the meat of the story. The reason that it’s a hard recommendation is because the story here is good, but everything surrounding it just doesn’t seem polished enough. With an inventory system that doesn’t work well with the game’s layout and a map that constantly needs to be check to understand where you’re going, Claire: Extended Cut is a haunted house that some horror fans likely won’t mind walking through, but many others would be better off skipping.

“Full disclosure: This review is based on a review copy of Claire: Extended Edition given to HeyPoorPlayer by Hailstorm Games.” 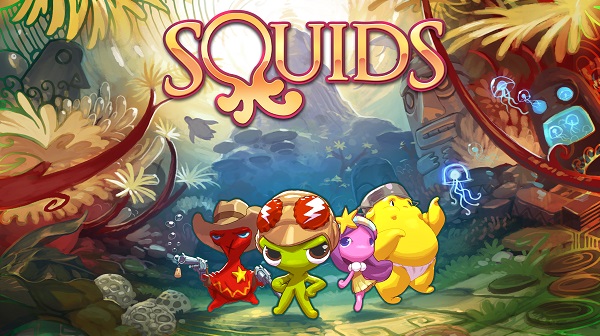