The Princess Maker series is credited as a “life simulation” where the player takes on the role of an adoptive father who must raise his new daughter into adulthood. The original Princess Maker 2 released back in 1993 and garnered a following in the Asian market. Now, game developer and publisher CFK is bringing an updated version to Steam.

In Princess Maker 2 Refine, The God of the Star has entrusted the player with caring for a 10 year-old girl. Her growth and future depend on the choices the player makes during her upbringing. Send her to lessons to increase her understanding and knowledge, or put her to work at a part-time job to teach her responsibility. With the help of Cube, the butler, the young princess can grow-up and fulfill her destiny. 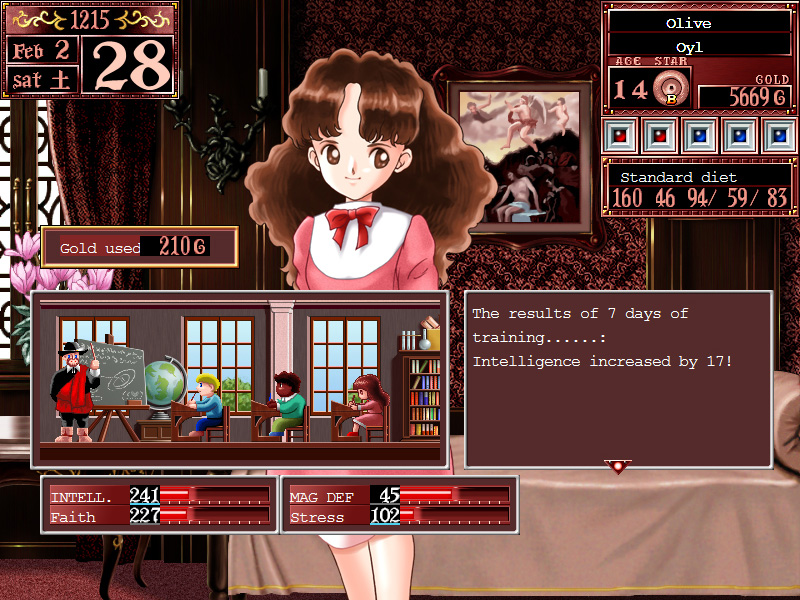 This will be CFK’s first title on Steam, followed by their upcoming rework of the Wonder Boy series. In addition to new full color graphics and art design, CFK has also implemented full Japanese voice-overs for all the characters. Since the game will be on Steam there are also achievements and trading cards to be unlocked.