Sierra today announced that King’s Quest – Chapter 4: Snow Place Like Home, the penultimate chapter in developer The Odd Gentlemen’s vibrant re-imagining of Sierra’s classic adventure series, will release worldwide on September 27 for the PlayStation 4 and PlayStation 3, Xbox One, Xbox 360 and Windows PC via Steam.

“King’s Quest is approaching its final chapters, but there are still plenty of adventures, surprises and puns to be had,” said Matt Korba, president and creative director of The Odd Gentlemen. “Today we are incredibly excited to announce that players will be able to experience the last two chapters and bonus epilogue of King Graham’s journey before the holidays.”

King’s Quest – Chapter 4: Snow Place Like Home opens on the fateful night when King Graham and Queen Valanice’s infant child Alexander was stolen from them. When Alexander mysteriously returns home 18 years later, however, Graham must decide how to reconnect with the boy he’s spent a lifetime searching for. And as father and son work together to solve the towering challenges of the puzzling Ice Palace, questions linger about just what happened all those years ago.

We wrapped up King’s Quest’s saccharine sweet third chapter, Once Upon A Climb back in May saying, “Once Upon A Climb does a great job of walking the middle ground between the grand adventure and tough moral choices that proved to be the focus of each of the game’s two previous chapters. It’s a heartwarming tale that will lift your heart with its playful love story, but also hit you right in the gut with the seemingly inevitable death of the aging King Graham at the story’s climax. The Odd Gentlemen and Sierra have once again proven that the venerated King’s Quest series is in good hands, and I can’t wait to see what happens in the next episode.”

So, are you dying to see where the next chapter takes King Graham? Be sure to let us know in the comments section. 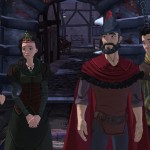 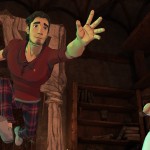 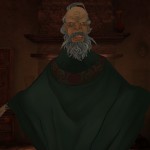 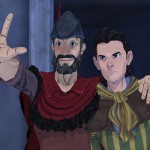 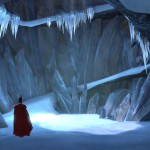 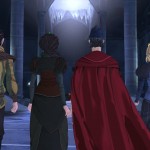 A pointless waste of 20 minutes Believe it or not, complaining about videogames and telling everyone why Half-Life 2 is bad isn’t enough to pay off what we Millenials…